A major redevelopment of the Jim Clark Room in Duns has been green-lighted after a total of £1.6million was raised for the project to honour the double Formula 1 champion

The Scottish Borders Council recently secured almost £635,000 National Lottery funding and, at the same time, The Jim Clark Trust confirmed has reached a fundraising target of £300,000 achieved through thousands of public donations.

The project, which is being delivered with a further £600,000 of council funding, will develop the existing small exhibition space in Duns into a modern museum to celebrate the life and achievements of 1963 and 1965 world champion Clark.

Sir Jackie Stewart, honorary president of The Jim Clark Trust, said: "I'm thrilled that the dream has come true that sufficient funding is going to permit a great Scottish hero to be honoured by what will be an excellent testimony to his success as one of the world's greatest racing drivers of all time.

"I am so proud to have been a friend of Jim's. I learned so much from him and I miss him dearly. This initiative will recognise one of Scotland's greatest sporting heroes in the very grounds that he so much loved." 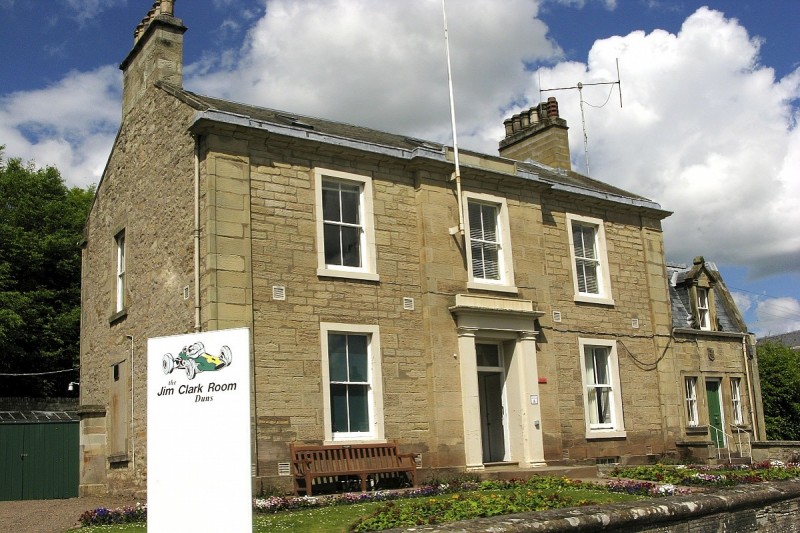 Former racer Doug Niven, Trustee and cousin of Clark, said: "On behalf of the Trust I would like to thank Heritage Lottery Fund and Scottish Borders Council and the thousands of individuals across the world that have supported our £300,000 charity fundraising campaign, without whom this project would not be possible.

"We look forward to a new museum celebrating the life and achievements of Jim and his legacy for Scottish motorsport."

Supporters of the project include Dario Franchitti, Allan McNish, David Coulthard, Clive Chapman and Lord March, who are all Patrons of The Jim Clark Trust.

Future projects will include a Jim Clark driving tourist route through the Scottish Borders, taking in the old race circuits at Charterhall and Winfield, local market towns and Jim Clark's grave at Chirnside.