The remarkable story of Ferrari at Le Mans was the key theme of the fourth Chantilly Arts and Elegance Richard Mille event at Chantilly Castle, near Paris, last weekend

In the 70th anniversary year of the Italian marque, the weekend honoured Ferrari's love affair with the world famous Le Mans 24 Hours with an incredible array of Ferraris that competed in the round-the-clock classic.

A total of 28 Ferraris with a Le Mans history were on show in the magnificent grounds of the castle, which dates back to 1560.

More than 16,000 visitors arrived at the chateau, which is home to the Musee Conde, one of the finest art galleries in French.

However, it was the art of sports car racing that took centre stage over the weekend, honouring the nine Le Mans wins taken by Ferrari between 1949 and 1965. 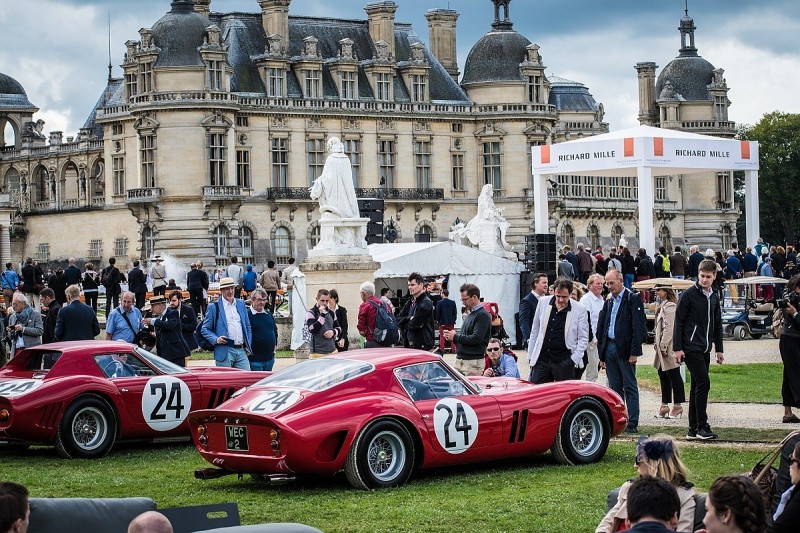 The Ferraris were judged in a Concours D'Etat and the Best of Show award for the post-war cars went to the 250 Testa Rossa 58 (chassis 0728) owned by Sir Michael Kadoorie, winner at Le Mans in 1958 with Olivier Gendebien and Phil Hill.

Organiser Patrick Peter said: "We now see that the Chantilly rendezvous has become part and parcel of the major car collectors' calendar as they bring exceptional vehicles to it from all over the world.

"Thanks to the numerous prizes which Chantilly Arts and Elegance Richard Mille has received since its creation in 2014, it's now an event that's firmly established."

The Concours d'Elegance was won by Citroen and Renault for their CXPERIENCE and Trezor designs respectively.