Spectacular racing, a huge crowd and a demonstration of Formula 5000 cars were all features of last weekend's 2017 Castle Combe Autumn Classic

The Wiltshire circuit's one-day event last Saturday was the final significant historic racing festival of the UK racing season and a mix of quality races, on-track demonstrations and classic car gatherings made it a big success.

The return of Formula 5000s to Castle Combe was one of the headline attractions and included the ex-Peter Gethin McLaren M10B, which won one of only two F5000 races held at the track in period.

"It's incredible that it is 20 years ago that I set the Castle Combe record, but I remember everything about it - it was a fantastic day," said Greensall.

"For a lot of the lap the car was airborne and because we'd been bouncing around so much we ended up stuck in fifth gear. But I loved every second of it.

"It was a great moment but I'm sure we could have gone faster."

Of his F5000 experience, Greensall added: "As a kid I can remember going to Mallory Park and standing on the bank watching the start of an F5000 race.

"From there on I've always loved Formula 5000 but never had the chance to drive one until now. For me the Lola T332 is the ultimate F5000.

"I remember reading about T332s in America with Brian Redman, Mario Andretti, Al Unser Sr, Danny Ongais and all those guys. It's an incredible car." 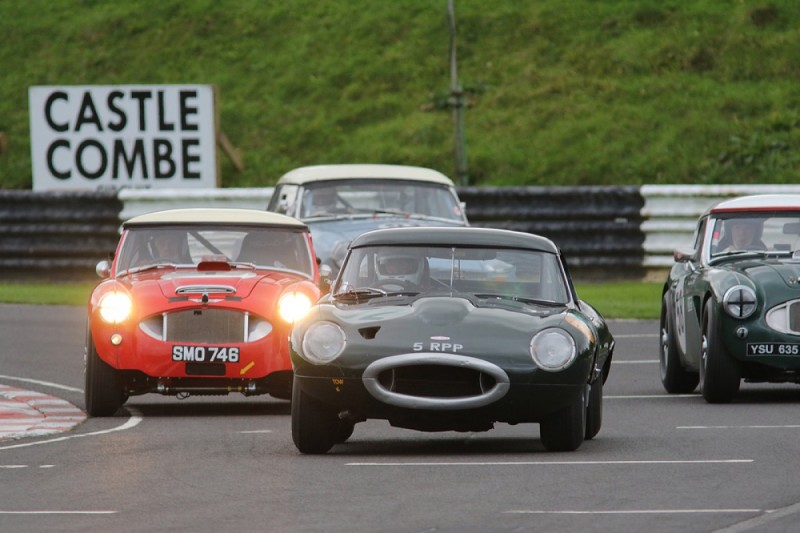 The headline race was the GT and Sports Car Cup, which made its Castle Combe debut with a quality 39-car field of Pre '66 GT Cars and Pre '63 Sports-Racing Cars.

In an absorbing hour-long contest, the Lotus 15 of Philip Walker and Miles Griffiths emerged victorious ahead of the Lola Mk1 of Ben Adams, which lost out due to the mandatory minute-long pit stop for solo drivers.

In Historic Formula Junior Benn Tilley added another win, two days ahead of his 18th birthday, to keep his overall title hopes alive ahead of the upcoming final at Silverstone Silverstone.

Steve Boultbee-Brooks also bagged a brace of wins in his Aston Martin DB3S.