Edwardian era cars will again star at the Goodwood Members' Meeting as the first race was announced for the 77th event, which will take place on April 6-7 2019

Following the success of the inaugural SF Edge Trophy race at the 2017 event, the machines will be back next spring as the Members' Meeting moves into early April for the first time.

The revised date has been chosen in a bid to avoid the cold weather that impacted on the 2018 event.

The race builds on the Edwardian racing movement pioneered by the Vintage Sports Car Club and the pre-1918 cut-off will ensure that all the cars on the grid will be at least 100 years old. 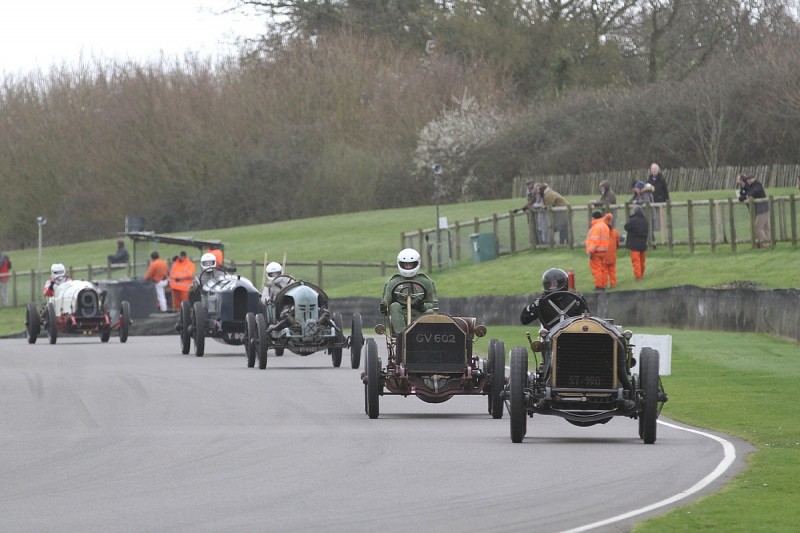 Many cars set to take part in the returning race will feature aero engines and the capacity grid had an average engine size of 8.6-litres.

"You'll see drivers in a lofty seating position, looking over a long bonnet, wrestling with enormous steering wheels, trying to keep these beasts in a straight line.

"It is quite possibly one of the most unfamiliar-but-exciting spectacles of the weekend."

Other races on the 77th Members' Meeting programme are likely to include the Gerry Marshall Trophy for Group 1 Touring Cars of the 1970s and early '80s, which has been a central feature since the event was revived in 2014.

But for the first time the driver line-up is unlikely to feature any current British Touring Car Championship drivers as the revised Members' Meeting date clashes with the opening event of the tin-top series' season at Brands Hatch.