10 things to look forward to at the 2022 Silverstone Classic

Old favourites and new, plus celebrations galore, reshape the massive historic jamboree for its revised August bank holiday date this weekend. Here are 10 highlights to look forward to at the Silverstone Classic

This weekend's Silverstone Classic is one of the most eagerly-anticipated events on the historic racing calendar. And with 20 races across the weekend, there's something for everybody to see at the home of British motor racing.

Here's our pick of what to look out for. 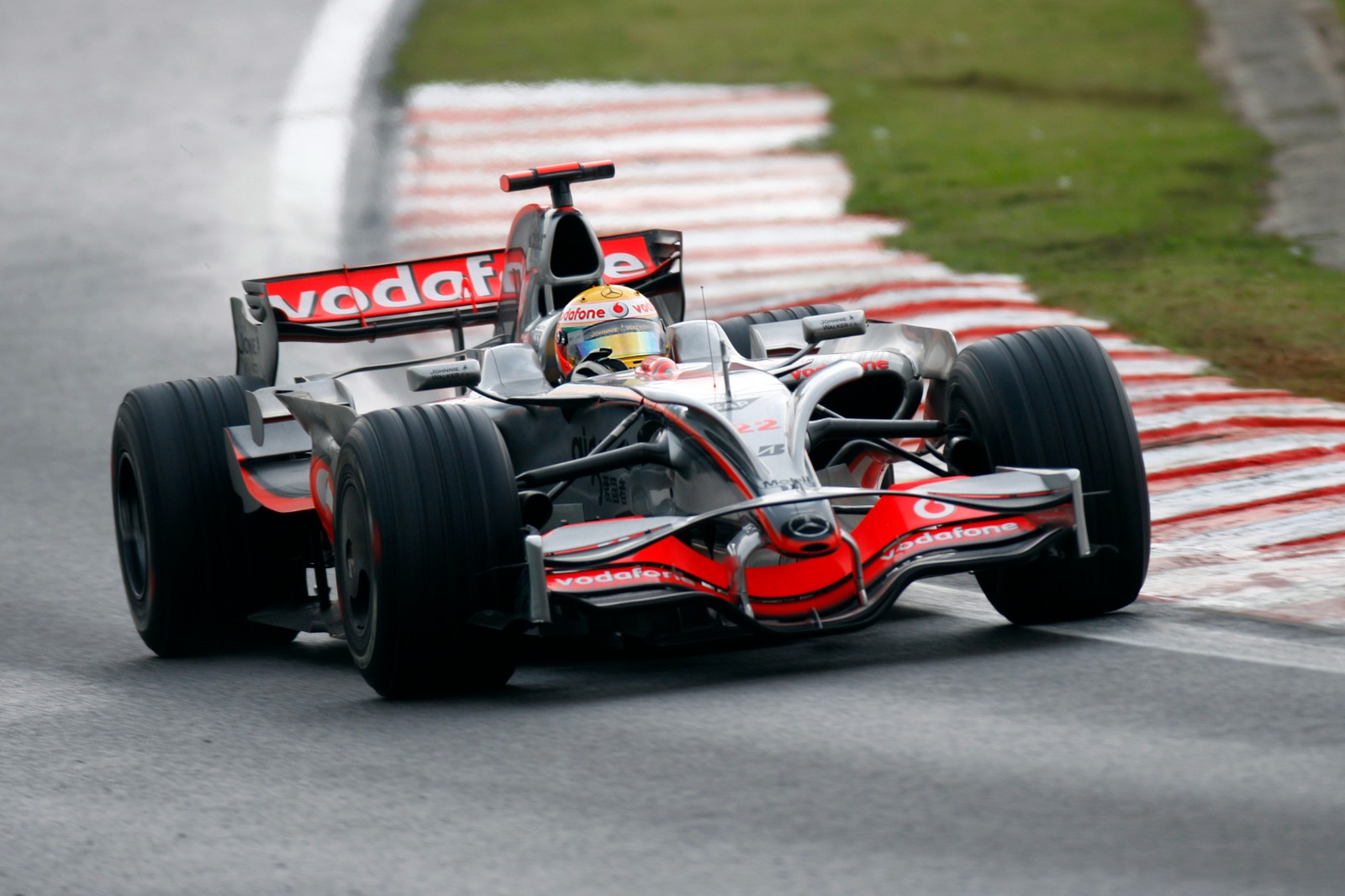 Hamilton clinched his first world title with the McLaren MP4-23 of 2008, which will be on display with each of his six other title-winning cars

Seven-time world champion Sir Lewis Hamilton’s title-winning cars will be seen together for the first time as part of a special celebration for fans of the 37-year-old as Formula 1 takes centre stage at the Silverstone Classic.

Apart from his current Mercedes-AMG W13, Alpine, Aston Martin, Red Bull and Williams are displaying this season’s cars at Silverstone. Supporters will also have the opportunity of experiencing F1 simulators on site. 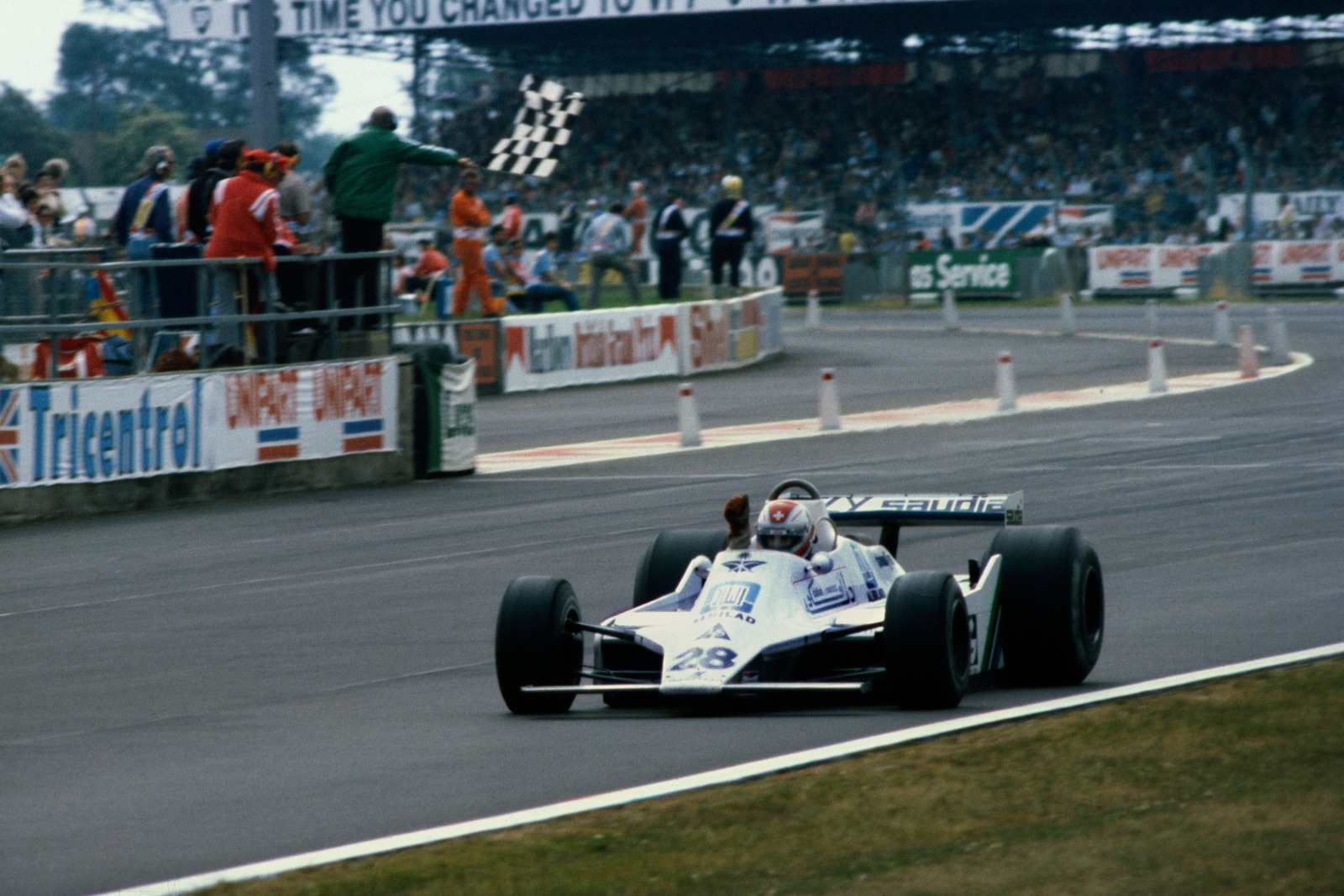 At the scene of his team's first win with Clay Regazzoni in 1979, late F1 team boss Frank Williams will be commemorated

It took 10 years of graft, heartbreak and extraordinary resilience for Frank Williams’s F1 team to win its first world championship grand prix. When Clay Regazzoni triumphed at Silverstone in 1979, in a Cosworth DFV-powered Williams FW07 designed by Patrick Head, rivals were thrilled for Frank.

3. Grand Prix cars through the ages 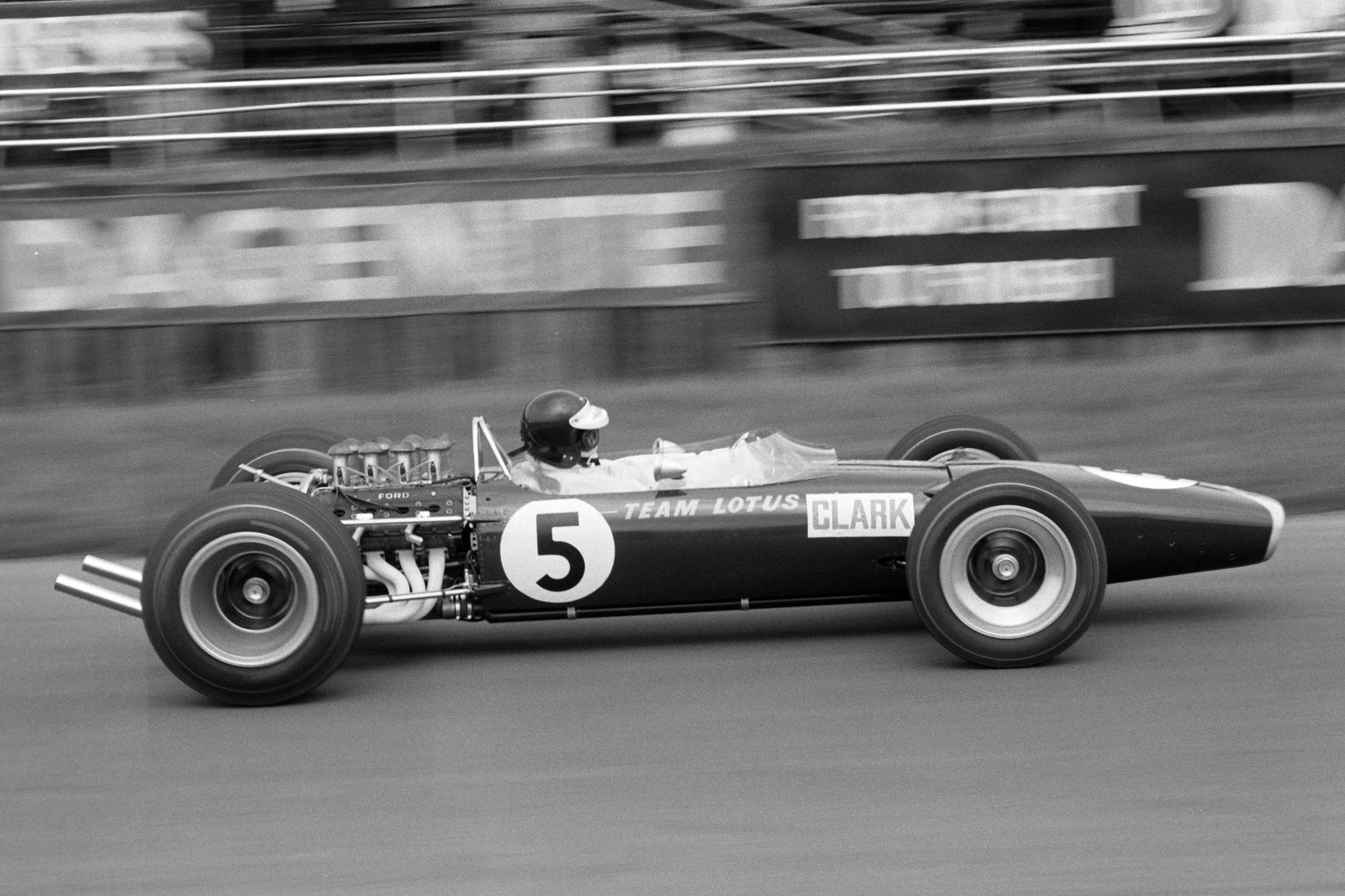 DFV power, no less vibrant than in 1967 when Jim Clark won the British GP, will be on display in the Masters Racing Legends for three-litre F1 cars

A stunning selection of grand prix cars that have defined motorsport over the past 90 years will be at Silverstone, many competing across diverse grids.

The broadest spectrum of these will grace the Historic Grand Prix Cars Association’s span, featuring front-engined Maserati 250F, Cooper-Bristol, Scarab and Kurtis-Offenhauser from the 1950s, when the world championship’s maiden decade kicked-off at Silverstone.

PLUS: The front-engined "s*** beetle" that was born obsolete

Coopers and Lotuses showcase 1954-60 2.5-litre F1 and its 1500cc successor to 1965 in which screaming V8s will lose out to deep-throated, wider-tyred Tasman and InterContinental Formula Brabhams but outcorner them.

The wail of Cosworth DFV engines – of the type with which Jim Clark won the British GP at Silverstone on the engine’s fourth outing in July 1967 – will be heard in the Masters Racing Legends three-litre races. Williams FW06, 07B and 07C pilots chase the Frank Williams Memorial Trophy at the scene of his equipe’s emotional maiden victory. 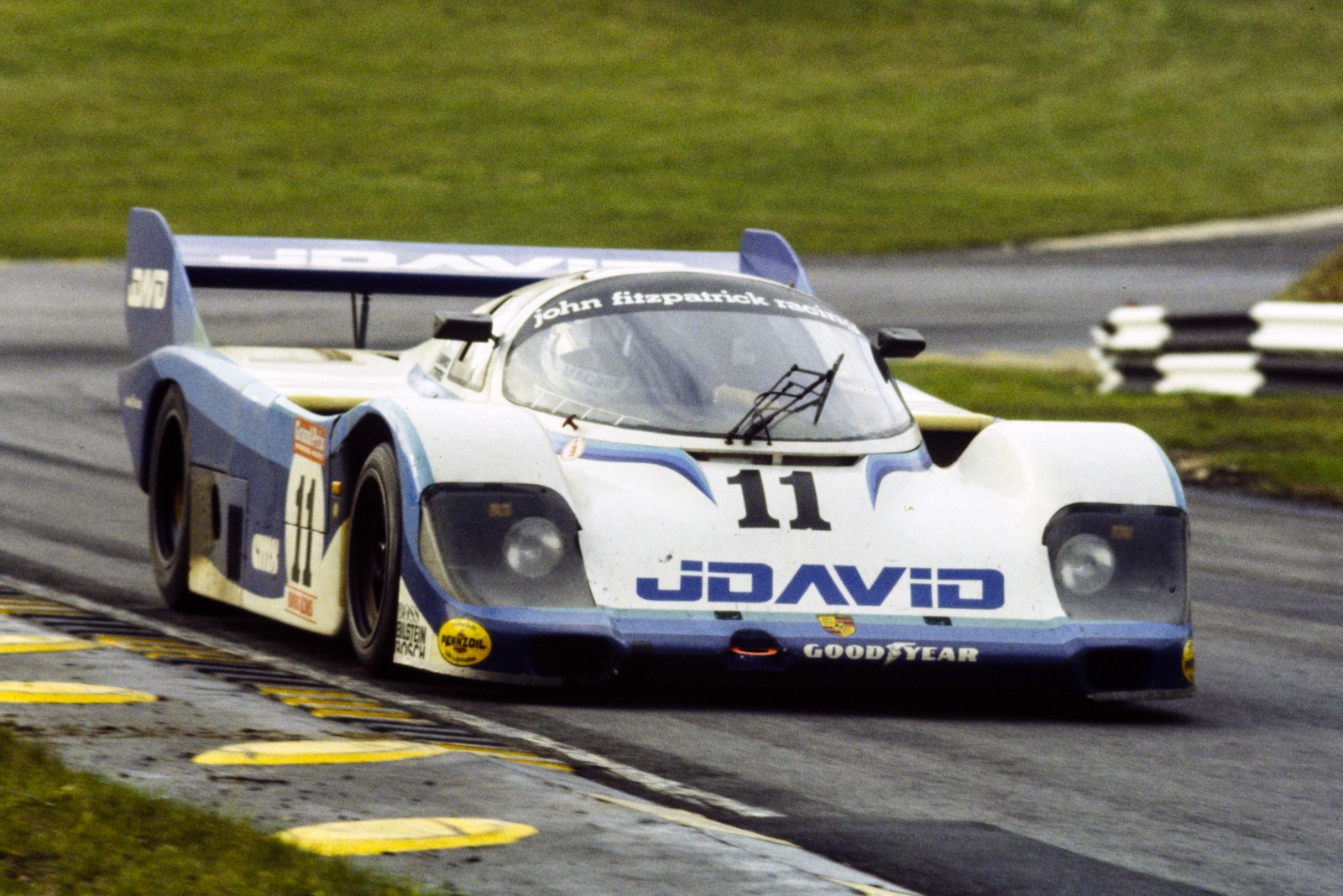 Five-time Le Mans winner Derek Bell, 80, will demonstrate the last of the iconic Rothmans Porsche 962s as 25 stunning cars, curated by guru Henry Pearman, celebrate Group C’s 40th anniversary. Porsches, Jaguars and a Sauber-Mercedes are among those set to run on Saturday and Sunday afternoons.

Driving a factory Rothmans 956, Bell and Jacky Ickx were the Group C winners in the 1982 Six Hours of Silverstone World Endurance Championship round. Bell will demonstrate 962 #008 in which he and Hans-Joachim Stuck finished third in the 1987 Silverstone 1000km.

John Fitzpatrick will be reunited with the newly restored JDavid 956 #110, his and Derek Warwick’s 1983 Brands Hatch 1000km winner. John Watson and Kenneth Acheson – in his Sauber-Mercedes C9, a sister to his 1989 mount – are among the era’s returning stars.

Alex Brundle has the privilege of driving one of the Silk Cut Jaguar XJR-8s his father Martin drove in 1987. The rare sight of three XJR-6s, two in British Racing Green, will remind fans of Warwick and Eddie Cheever’s 1986 Silverstone 1000km victory. 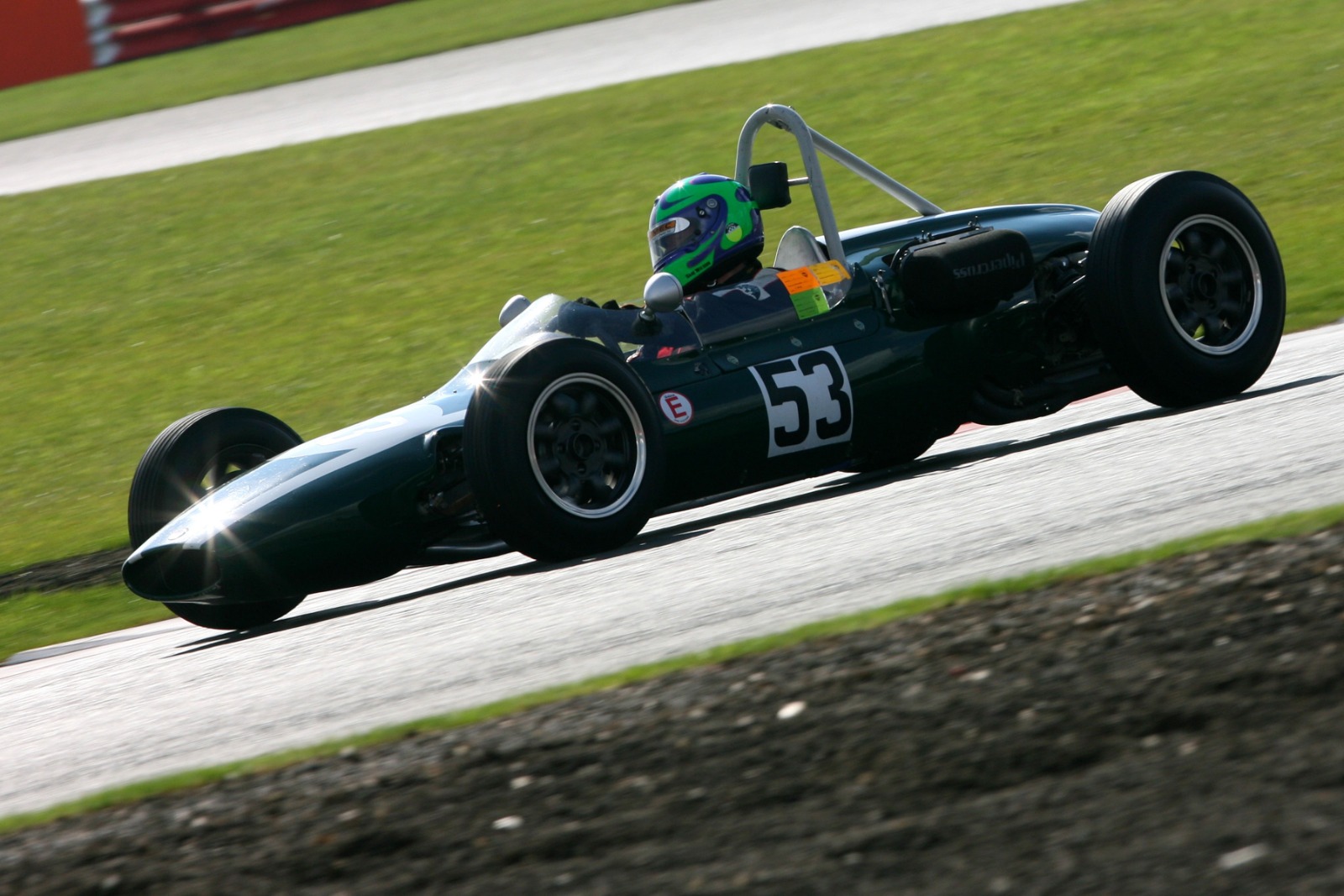 Formula Junior was active for only six seasons – from 1958-63 – as a contemporary category for rising stars. Almost 60 years after it was supplanted by 1000cc F3, its influence in original theatres of motorised warfare globally transcends that of any other.

Silverstone Classic mornings would not be the same without the Junior school ‘sports day’ slipstreamers, which open the racecards. Thirteen-time winner Sam Wilson is back in the Cooper T59 with which he claimed gold in 2011’s double-header, before switching to a Lotus 20/22. 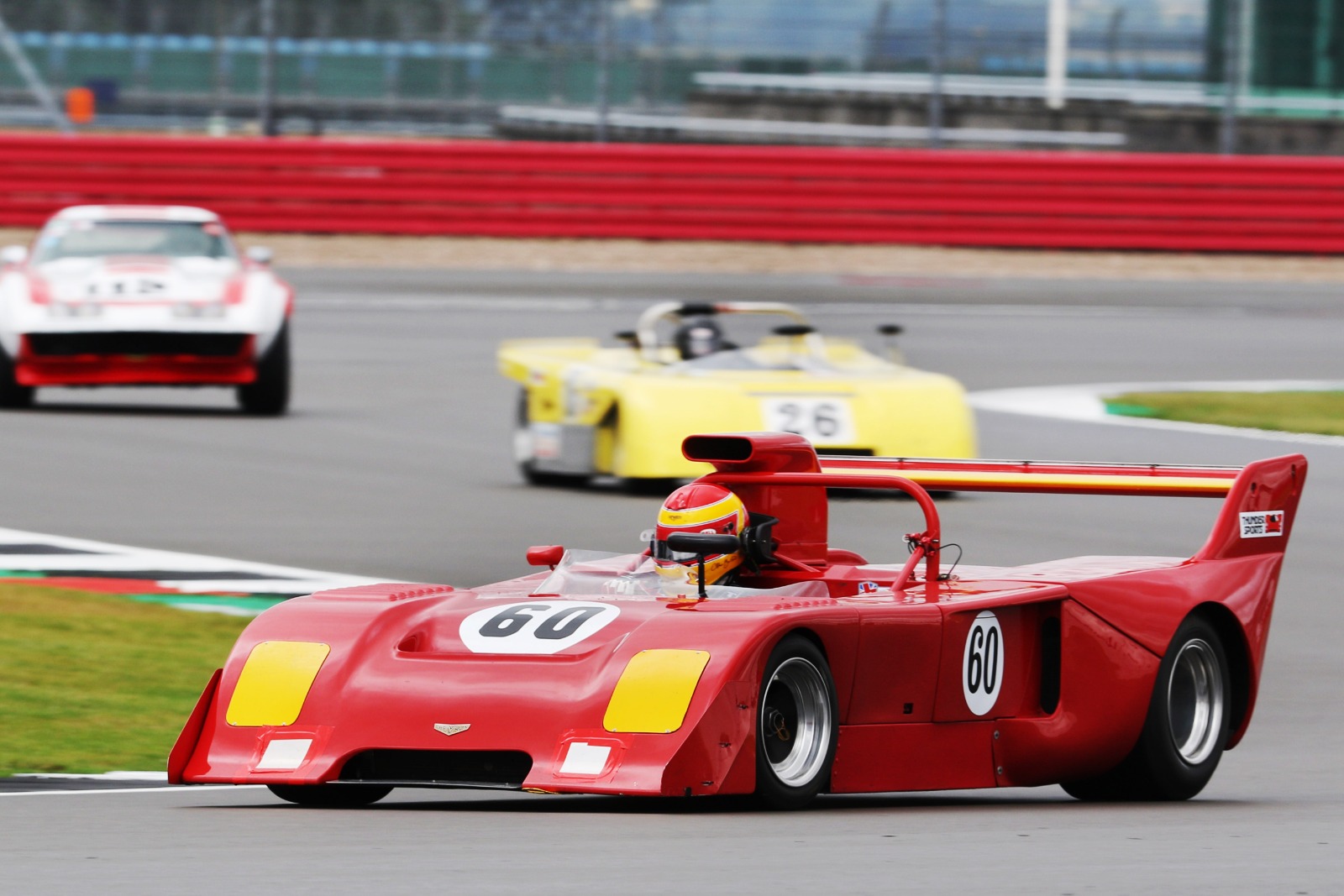 Plenty of sportscar variety will be on display at the Classic, with John Burton's Chevron among the cars to beat in Thundersports

From thudding Bentleys of the 1920s, when WO’s cars ruled the Le Mans 24 Hours, to high-downforce composite prototypes of the 2010s, there is racing for every sportscar fanatic at this year’s Classic. 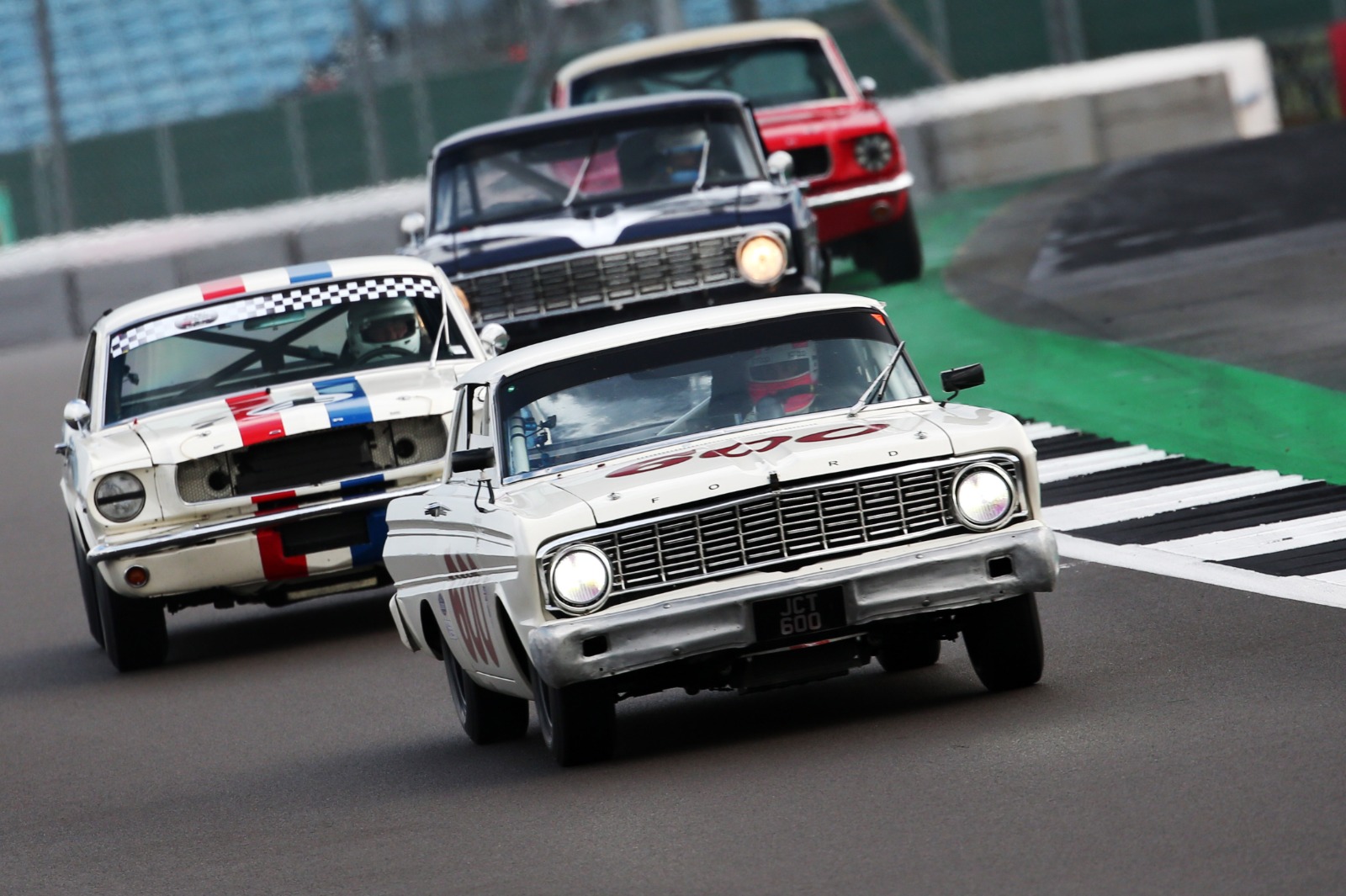 ‘The Dron’, who stepped back from F3 and won five rounds outright that season, finished equal on points with Bernard Unett (Chrysler Avenger 1300GT), who faced thinner opposition in the baby class. Despite winning 10 times to Unett’s nine, the arcane scoring system favoured Unett for his third crown.

The 56-car pack encapsulates a heady melange of tin-top eras, with 500bhp-plus Nissan Skyline and Ford Sierra Cosworth RS500 turbocars out front. Super Tourers, bewinged Capri-GAAs and BMW CSL ‘Batmobiles’ and Group 1 cars are bound to be embroiled in their own fights, as will Lotus Cortinas and Alfa Romeo GTAs in the Under 2-litre Touring Car split. 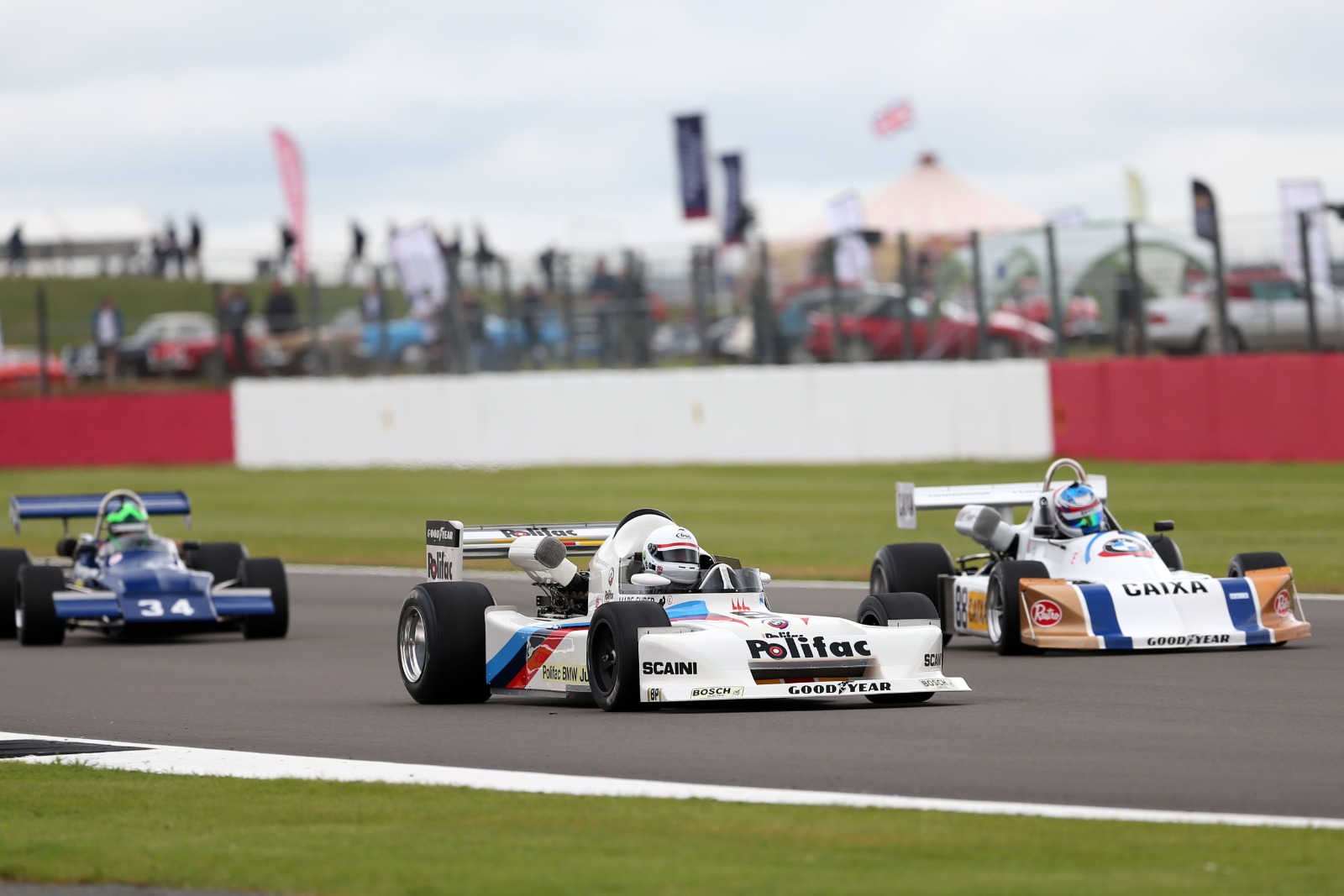 Made in nearby Bicester, March’s 782 is widely hailed as the marque’s finest product. Powered by BMW Motorsport’s M12 engines, Bruno Giacomelli won eight of the 12 rounds in 1978, while Alex Ribeiro scored on Nurburgring’s Nordschleife in his Hart 420R-motivated 782.

Naturally, 782s will be at the sharp end of the action. Matt Wrigley arrives fresh from winning both Oulton Park Gold Cup races in his Hart-powered ex-Rad Dougall Toleman Group car. But Andy Smith – who debuted Richard Evans’s ex-Eddie Cheever car here superbly in May – and Matthew Watts will be tough to beat. 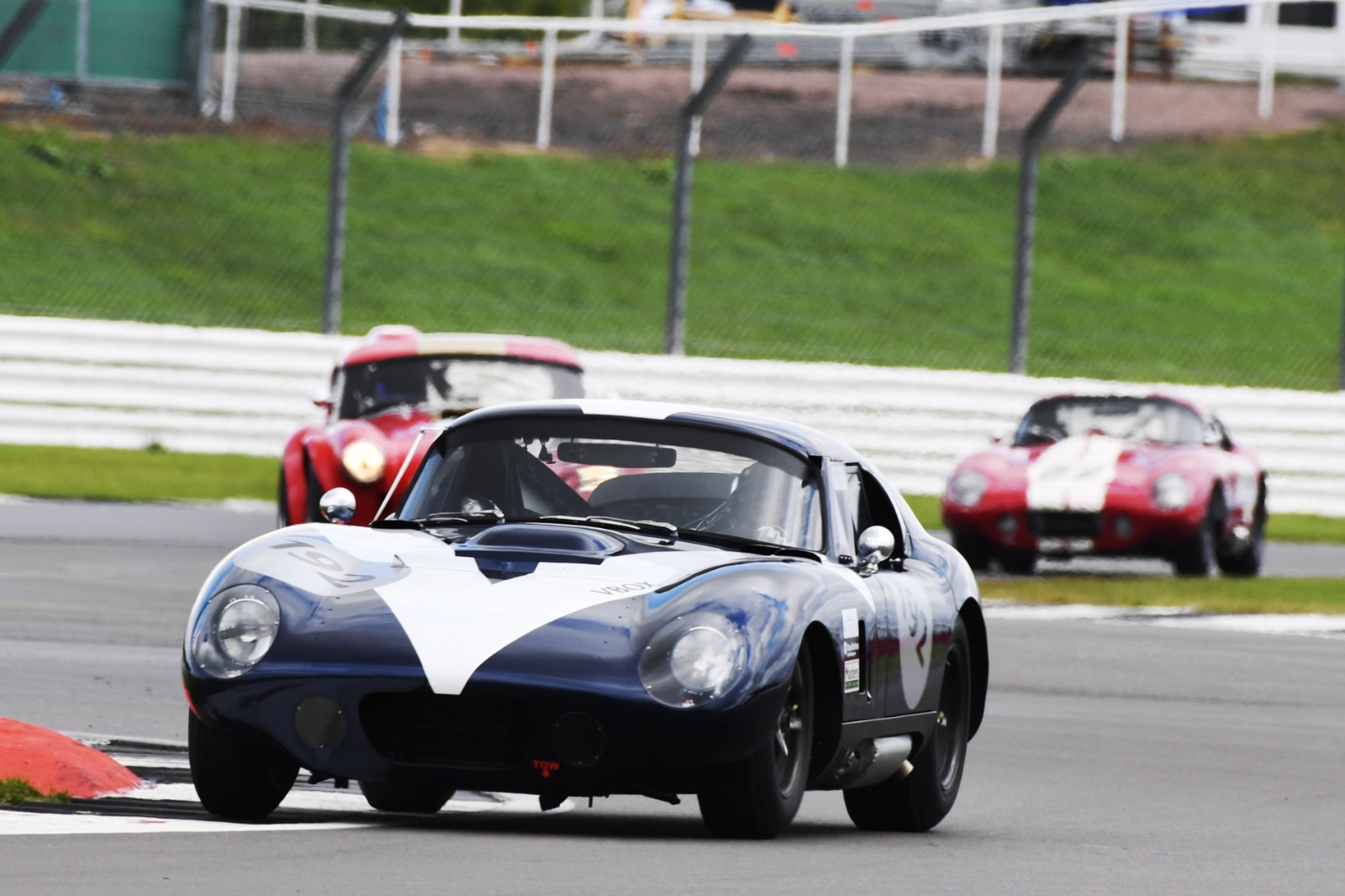 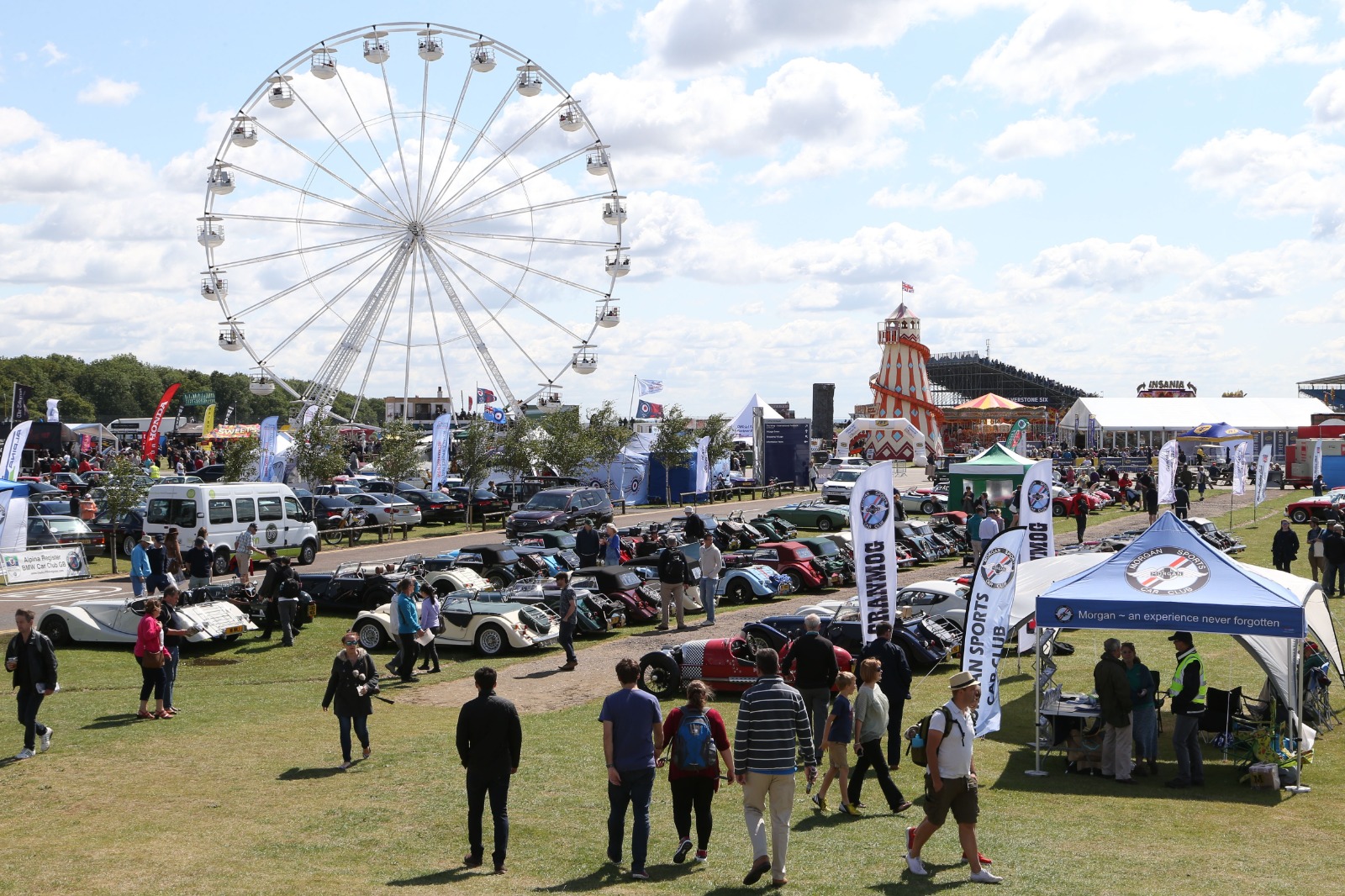 There's something for everybody on display at Silverstone Classic

Rocking and Racing has long been a Classic catchline. Many non-petrolheads traditionally arrive in the afternoons and settle in for the evening gigs, alongside competitors, their families and teams in the arena.
Remember 1970s disco classic We Are Family? Americans Sister Sledge – formed by four siblings from Philadelphia – will transport you back to that era on Friday. Londoner Gabrielle takes centre stage on Saturday, before Rick Astley steps up on Sunday.

After you have trawled 120 car club gatherings, from fast Fords through Porsche to obscurati, TV’s Wheeler Dealer Mike Brewer and Marc ‘Elvis’ Priestley’s Car Clinics impart expertise, tips and banter on Saturday and Sunday. Licensed over-25s have the opportunity to test drive electric Cupra, Ford, Genesis, MG, Nissan and Polestar cars on the road with Switch Live powered by Myenergi. 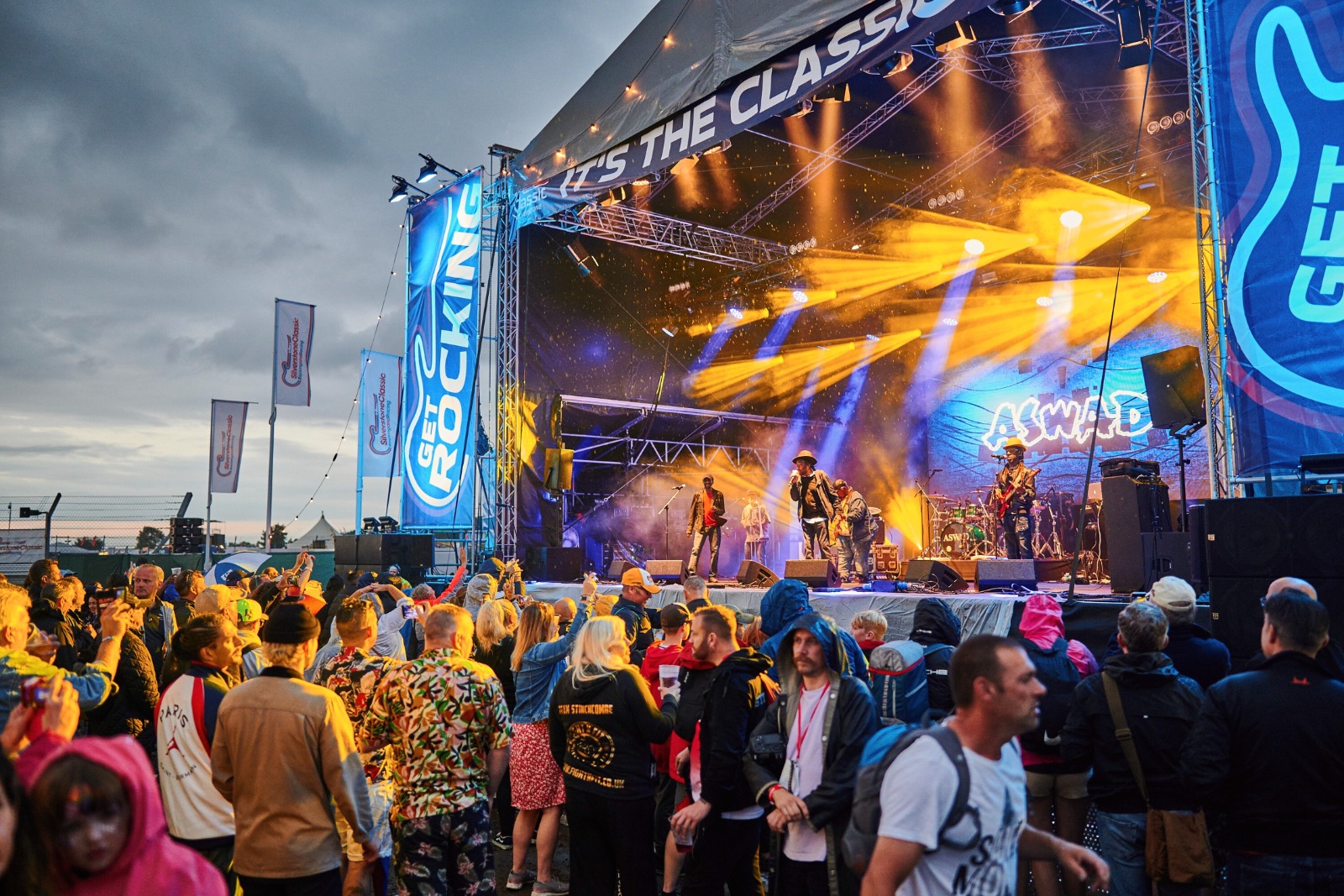 There will be plenty of musical acts on the main stage