O'Connell headed Nick Padmore's Shadow DN9 by two and a half seconds on a day when British racers took most of the major victories at the event, which took place in ever-changing conditions.

On his racing debut on the famous street circuit, O'Connell headed a strong field in the race for grand prix cars built between 1977 and '80.

O'Connell's race preparation team had restored the car for its new owner Marc Devis over the winter and returned it to a racing state after a gap of more than 30 years.

The car was raced in period by Jan Lammers and Marc Surer, and the Williams FW07 look-a-like was displayed in the ATS factory until 2014 before Devis acquired the car.

"We restored the car for Marc and he invited me to race it at Monaco," said O'Connell.

"Before the weekend I had zero experience of Monaco and so it was a complete unknown quantity.

"But I'd always wanted to race at Monaco, even back when I was doing Formula 3 in the late 1990s." 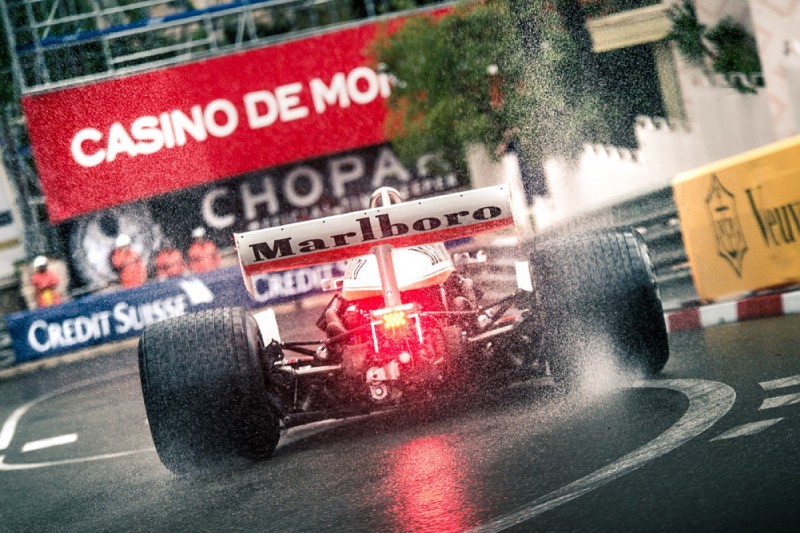 Andy Middlehurst scored another Monaco Historique success in the ex-Jim Clark Lotus 25, as he won by half a second from Joe Colasacco's Ferrari 1512 in the 1961-65 race.

Bjorn Wirdheim, the 2003 International Formula 3000 champion, won the 1966-72 race in a March 711, but only by a slender margin over Stuart Hall in the McLaren M19A from the ROFGO Collection.