The race line-up for the 20th anniversary edition of the Goodwood Revival in September has been unveiled, featuring a mix of pre '66 single-seaters, sports, GT and touring cars

Headlining the September 7-9 event's programme will be the hour-long, two-driver RAC TT Celebration for closed-cockpit GT cars in the spirit of the RAC TT races held at the Sussex track from 1960 to 1964.

One of the key races right from the very first Revival, the fight for TT honours is frequently between Jaguar E-types and AC Cobras.

Chris Ward and Gordon Shedden have two wins and a second in the last three years and were beaten last year by the AC Cobra of Michael Gans and Andy Wolfe.

With former winners including Martin Brundle, Bobby Rahal, Tom Kristensen and Jean-Marc Gounon, the TT is one of the most fiercely contested races on the historic calendar.

After a two-year sabbatical, the Fordwater Trophy returns to open Saturday's race schedule, providing a flavour of the early Members' Meetings at Goodwood.

The race is open to production-based sports and GT cars in the spirit of meetings from 1948 to '54.

This year, the Fordwater Trophy will feature a large contingent of Jaguar XK120s to mark the model's 70th anniversary.

For the first time since Tom Kristensen's victory in the mighty Ford Fairlane Thunderbolt in 2015, the crowd-pleasing St Mary's Trophy will run for pre '66 touring cars. 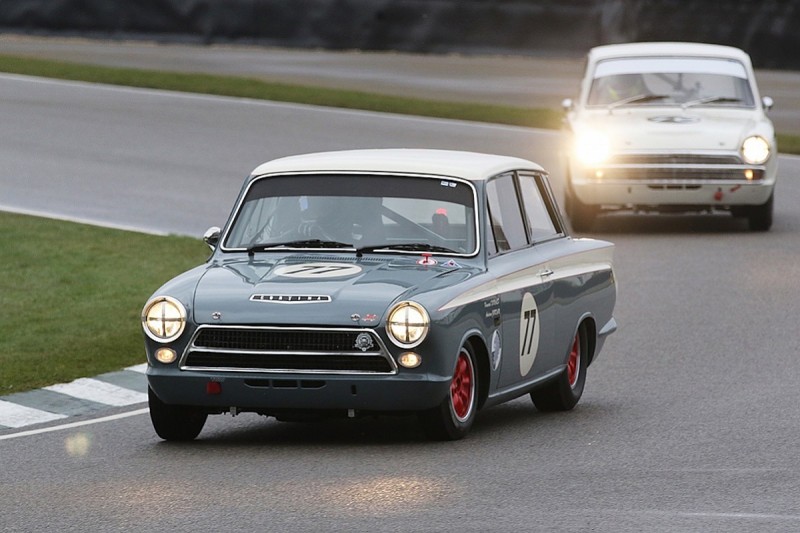 Many contemporary touring car stars will pack out the grid, including Andrew Jordan in a Lotus Cortina (pictured above) presented by the Jordan Racing Team he runs with his father Mike.

The racing kicks off on Friday evening as a grid of pre '63 GT cars race into the sunset in the Kinrara Trophy, while a brace of races for pre '59 motorbikes will be held in honour of Barry Sheene.

Pre-war action will be courtesy of the Goodwood Trophy for pre '51 Voiturettes, a race won for the last decade by ERAs despite the best efforts of Calum Lockie in Sean Danaher's Maserati 6CM.