Jimmy McRae will drive a landmark Subaru Impreza 555 from his son Colin's career during the Castle Combe Rallyday on Saturday June 20.

This special re-union will headline an extensive Prodrive involvement in the annual rally show at the Wiltshire race track.

McRae will drive the Impreza 555 used by Colin in 1996 and it is one of the most historic Subarus around.

'N1 WRC' is the car Colin McRae used for his final victory in an Impreza 555 on the Catalunya Rally in '96. From '97, Subaru switched its attentions to World Rally Car versions of the Impreza.

Five-time British Rally champion Jimmy is a Rallyday regular and will be a key part of this year's celebration of the 25th anniversary of Colin's '95 World Rally Championship title. 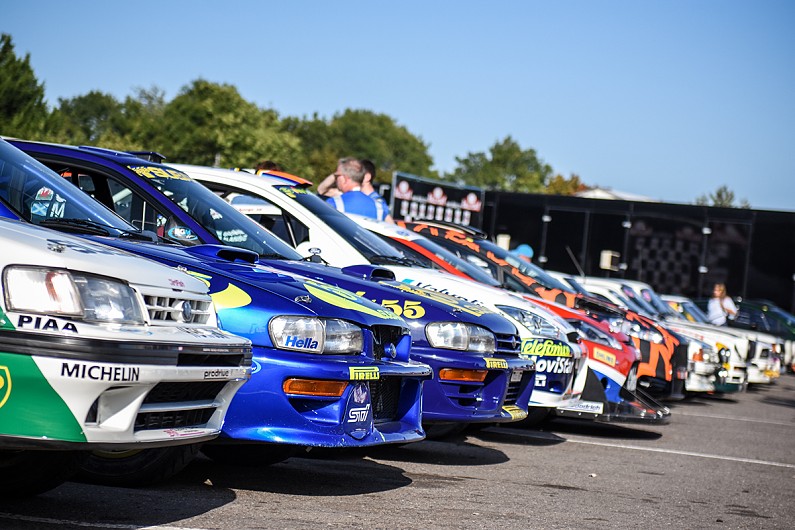 Prodrive chairman David Richards said: "It is great to see how Rallyday has remained true to its roots and, over the last two decades, grown to become the biggest annual celebration of rallying in this country.

"We're bringing some of our most iconic rally cars from the last 35 years and I am sure they will be in very good company."

The other Prodrive cars due at Castle Combe include the '84 Porsche 911 SCRS used by Saeed Al-Hajri in the Middle East Rally Championship, the '86 MG Metro 6R4 driven by Jimmy McRae in the '86 British Open Championship and the '11 Mini John Cooper Works driven by Dani Sordo on Rally GB.

The identity of the sixth car is being kept under wraps by Prodrive but is said to be something very special for Rallyday fans.