Lamborghini claimed pole for the opening round of the GT World Challenge Europe Endurance Cup at Monza with the FFF Racing crew of Mirko Bortolotti, Marco Mapelli and Andrea Caldarelli.

Bortolotti, Mapelli and Caldarelli ended up with an aggregate time of 1m47.006s, which compared with a 1m47.013s from the ASP Mercedes.

The Lambo topped the times in Bortolotti's hands in the opening 15-minute qualifying session, before Mapelli struggled with traffic in the second period, improving right at the end to go fifth.

Caldarelli managed third position in the final session despite a slow puncture, his time just enough to give the car pole position.

"Mirko did a very good job and Marco had a few problems with traffic, and then I had a puncture and was very lucky to finish my lap," said Caldarelli.

"We knew it was a very tough field, but we didn't expect it to be this close."

Marciello was third in the ASP Merc in the first session and Juncadella seventh in the second before Gounon went quickest in the final period with a 1m46.442s, the fastest qualifying lap overall. 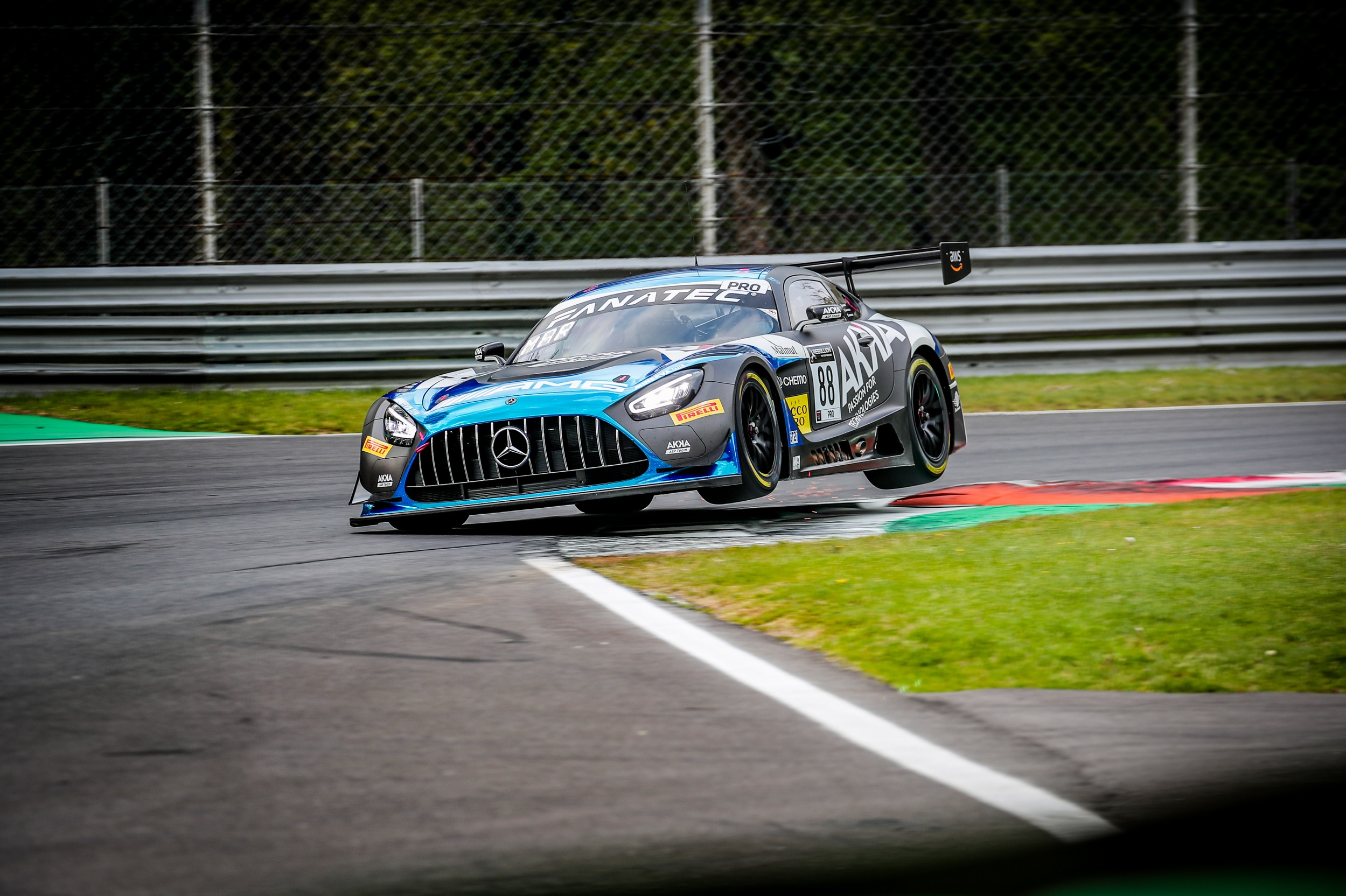 That was enough to propel the car from fourth on the aggregate times to second position.

Third place went to the Iron Lynx Ferrari 488 GT3 shared by Callum Ilott, Antonio Fuoco and Davide Rigon, who ended up less than a tenth off the pole on 1m47.102s.

Fuoco was second to Bortolotti in the opening session, before Ilott went quickest over the second 15 minutes to put the Ferrari at the top of the aggregate times.

Rigon, however, could only manage 14th quickest in the final period and the car dropped to third.

The best of the WRT Audi R8 LMS GT3s took fourth on the grid for the Monza three-hour race courtesy of a 1m47.171s average from Dries Vanthoor, Kelvin van der Linde and Charles Weerts.

The GPX Racing Porsche 911 GT3-R shared by Matt Campbell, Earl Bamber and Mathieu Jaminet took fifth on 1m47.321s, just ahead of two of the Emil Frey team's fleet of Lamborghinis.

The top 24 cars in the 43-car field qualified within a second of the top.