After they finished third in Saturday's qualifying race, Winkelhock headed into the pitstops midway through the main race in second position behind Clemens Schmid's ISR Audi R8 LMS.

A slower stop by the ISR team allowed Stevens to take a lead that he maintained for the rest of the race.

Schmid was leading the race after both front row cars of Stuart Leonard and Michael Meadows made mistakes as the green flag dropped.

Leonard's Team WRT Audi R8 LMS, which started on pole following Saturday's qualifying race victory for him and Robin Frijns, was slow off the line and dropped down to fourth position.

Meadows took the lead in his ASP Mercedes-AMG GT3 after Leonard's error but was given two drive-through penalties for a jump start as well as a start procedure infringement. His team-mate Raffaele Marciello brought the car home in 23rd. 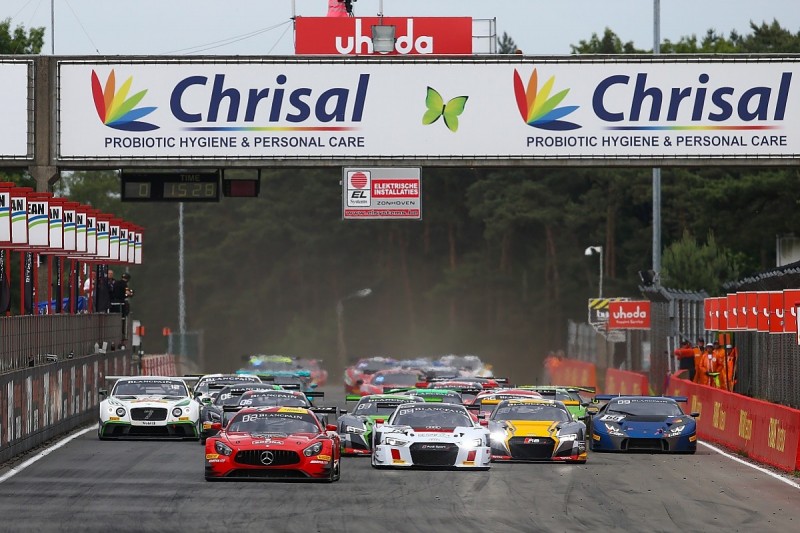 The top four was completed by another Team WRT Audi as Dries Vanthoor and Marcel Fassler moved through the pack from 13th on the grid.

Team M-Sport's Bentley was the first non-Audi, with Steven Kane and Vincent Abril finishing in fifth position after starting in 12th position.

They gained that position thanks to the incident that caused the safety car - when Jimmy Eriksson's Mercedes was hit from behind by Daniel Juncadella under braking for the Jacky Icxx curves as they fought for fifth.

The duo started from the back of the grid as Bortolotti was involved in a race-ending incident on the entry to the first corner of Saturday's qualifying race.