The 2009 F1 champion has been linked to a drive in the race with Honda since last year.

He will test a Team Mugen NSX-GT at the Japanese Grand Prix venue on Tuesday and Wednesday next week as part of a tyre test, then make his debut in the final running of the 1000km event in August.

"After driving an NSX Concept-GT at the Honda Racing Thanks Day last December, I became interested in racing in Super GT," said Button.

"I spoke with Honda and they have given me the chance to race at the Suzuka 1000km.

"As an F1 driver and a member of Team Mugen, I will push to win.

"I am very much looking forward to racing in front of my Japanese fans again."

Button will be joined in the GT500 car by regular Mugen drivers Hidekah Mutoh and Daisuke Nakajima.

"Jenson is an extremely talented and experienced driver, and we hope he will have a great race," said Team Mugen director Nagataka Tezuka.

"Hideki Mutoh, Daisuke Nakajima, and Jenson Button is an exciting and formidable driver line-up and we are confident Team Mugen will be able to show its best performance at the final ever Suzuka 1000km." 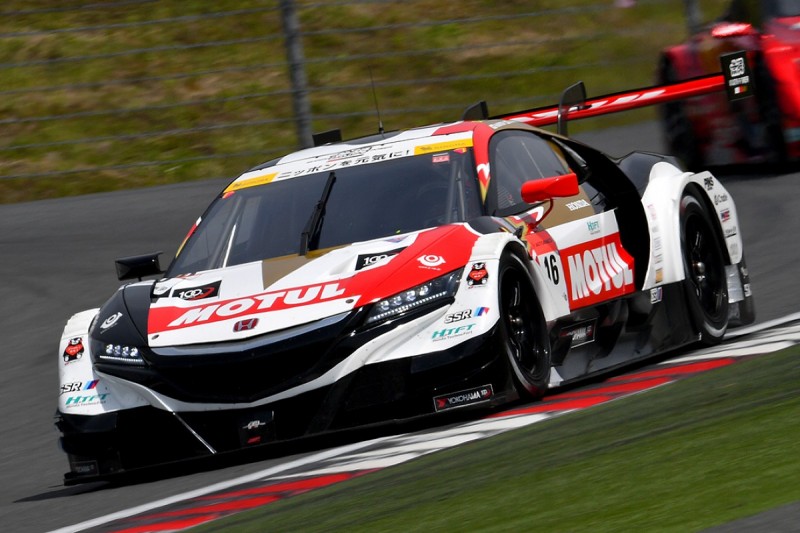 The Suzuka outing will be just the second time Button has raced competitively since the 2016 F1 finale in Abu Dhabi.

He contested the Race of Champions in Miami in January but his first serious outing was last weekend, when Button returned to the F1 grid to replace Fernando Alonso at McLaren with the Spaniard contesting the Indianapolis 500.

Button made it through to the final part of qualifying but started from the pitlane, then crashed out of the race after hitting Pascal Wehrlein.

Last year Button's fellow McLaren reserve Oliver Turvey in Super GT for Honda, and claimed pole position for the Suzuka 1000km in a rare recent high in the series for the manufacturer.

Honda has struggled in Super GT compared to rivals Nissan and Lexus (Toyota), and has not won a race since September 2015.

Lexus drivers have won all three races so far in 2017, with Honda's best result of second at the last round at Autopolis its first podium of the year.

This season, Mutoh and Nakajima have scored points once - a ninth in the season opener at Aida - and lie 17th in the championship.