WRT Audi team boss Vincent Vosse says he feels no disappointment after his team missed out on victory in the dramatic finish to last weekend's Spa 24 Hours.

Vosse described the events that led up to the WRT Audi R8 LMS GT3 with Dries Vanthoor at the wheel losing the lead to the Iron Lynx Ferrari 488 GTE Evo driven by Alessandro Pier Guidi with just 10 minutes to go as "a lot of fun".

"We all like to win and I like to win more than most people, but I like this kind of situation because it increases the excitement," he told Autosport.

"I'm not disappointed because it was so exciting: this is the kind of race I like to be involved in.

"There are podium finishes that taste extremely good, and this is one of those."

The WRT car Vanthoor shared with fellow factory Audi drivers Kelvin van der Linde and Charles Weerts was running second to the Ferrari of Pier Guidi, Nicklas Nielsen and Come Ledogar by approximately 20s early in the final hour of the double-points round of the GT World Challenge Europe.

With rain forecast and spots of rain falling in some places on the track, the team gambled on switching Vanthoor to wet-weather tyres at the car's final pitstop with 50 minutes to go even though the track was dry.

Torrential rain started halfway around Vanthoor's out-lap and he moved into the lead when Iron Lynx delayed switching Pier Guidi to wets.

Vosse explained that the team had made the gamble because "we knew we needed some luck if we were going to win, and we went looking for it". 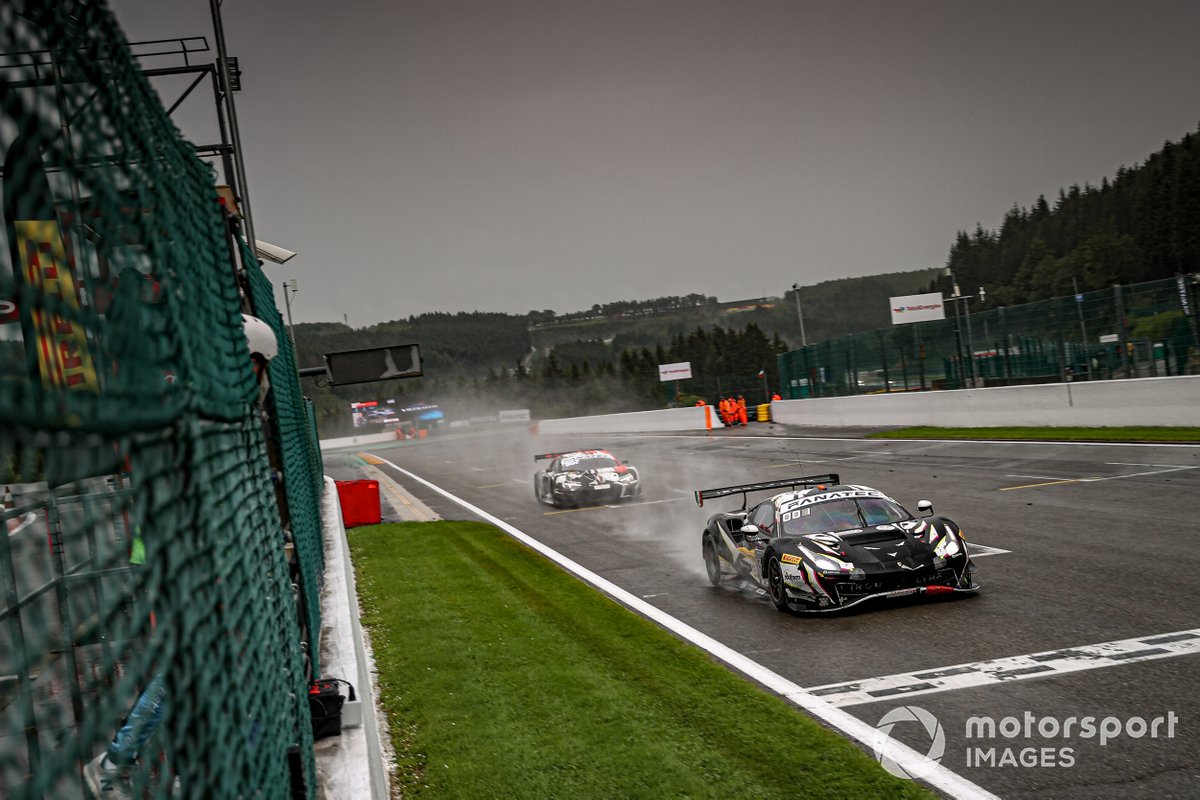 He insisted that he wasn't confident of victory even though Vanthoor briefly held a lead of just less than a minute.

"We knew there would be a full course yellow very soon and when the safety car came out [as per normal practice in the GTWCE] there weren't many cars between us and the Ferrari," he explained.

Vanthoor was approximately four seconds ahead when the race went green with 27 minutes left on the clock and was unable to hold off Pier Guidi's charge.

The Audi lost the lead with four laps to go when the Ferrari driver went around the outside of the fast Blanchimont left-hander and took the chequered flag just under four seconds in arrears.

Iron Lynx team boss Andrea Piccini, who won Spa as a driver with Audi in 2012, described Pier Guidi's drive as "unbelievable" and "history-making".

Vanthoor complained of a lack of front-end grip over the final laps, saying: "As soon as it went green, I didn't have the grip I would have liked."

Vosse suggested that the issue could have been linked to running the Pirelli wets on a completely dry track for half a lap.

Van der Linde reckoned that Iron Lynx was probably better able to match the tyre pressures to the conditions because it pitted two laps latter for wets.

"We weren't expecting it to rain so hard, so you typically go for a lower pressure that works in drying conditions," he said.

"Because the Ferrari reacted slightly later, they were able to do something different: they probably went higher, that's my feeling."