Vanthoor and Werner switch to Porsche for 2017 GT programmes

GT stars Laurens Vanthoor and Dirk Werner have swapped manufacturers to join Porsche for next season.

Vanthoor, pictured, and Werner have left Audi and BMW respectively to fill two of the vacancies created by the promotion of Nick Tandy and Earl Bamber to Porsche's LMP1 squad, and the marque's factory return to the GTE Pro class in the World Endurance Championship.

They are joined by Sven Muller, who has landed a full-factory GT contract after winning both the Porsche Supercup and the German Carrera Cup in 2016.

Vanthoor's credits at Audi include winning the Spa and Nurburgring 24-hour enduros with the Belgian WRT squad, while Werner raced Porsche GT cars in 2006-09 before a seven-year stint with BMW that included two years in the DTM.

The primary programme for Vanthoor and Werner in 2017 will be an attack on the IMSA SportsCar Championship in North America with the CORE Autosport-run factory squad.

Vanthoor will share one new 911 RSR with Kevin Estre, who has been given his first full international programme by Porsche after his recruitment for 2016, while Werner will drive the sister car with Patrick Pilet. 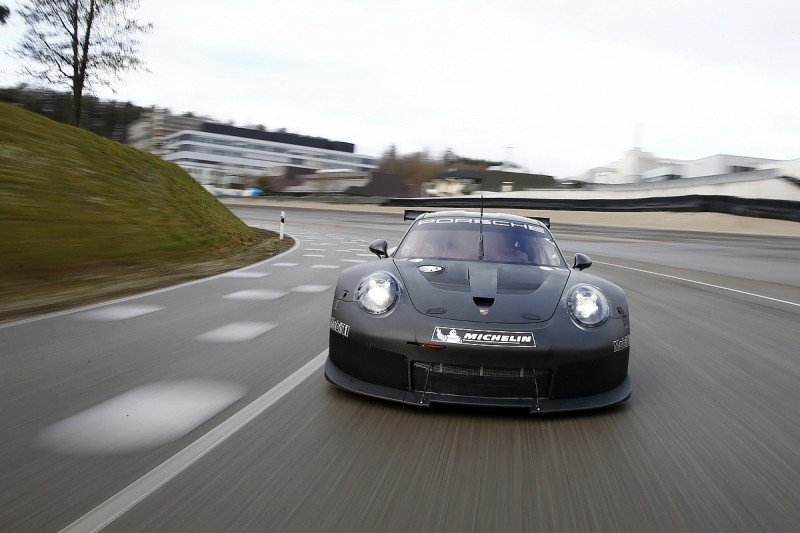 Muller's programme has yet to be confirmed.

Frederic Makowiecki, who has contested the IMSA series for the past two seasons, moves across to Porsche's GTE Pro attack on the WEC.

The Frenchman is one of three drivers so far confirmed for Porsche's two-car campaign with the second-generation 911 RSR along with Richard Lietz - WEC GT drivers' champion in 2015 - and Michael Christensen.

Makowiecki and Lietz will also join the IMSA squad for the long-distance rounds at Daytona, Sebring, Watkins Glen and Road Atlanta.

Reigning WEC champion Romain Dumas, who has been dropped from the Porsche P1 line-up for next season, has rejoined the GT roster.

Jorg Bergmeister, Patrick Long and Wolf Henzler all remain on the manufacturer's books.