Schnitzer, which claimed victory at Le Mans in 1999 with the BMW V12 LMR, is leaving the DTM after a reorganisation of the German marque's championship attack for 2017.

It will instead mount a campaign with the M6 GT3 that will include the Nurburgring 24 Hours.

Further details of BMW's programme in the GT3 arena in Europe have yet to be revealed, but support for the Rowe Racing and Schubert Motorsport teams will continue.

The move means that Schnitzer will run a sportscar programme for the first time since 2011 when it masterminded BMW's assault on the Le Mans 24 Hours and the Intercontinental Le Mans Cup with the M3 GT2.

It subsequently moved back into the DTM with BMW after a 20-year absence in 2012 and won the title first time out with Bruno Spengler.

Schnitzer ran Antonio Felix da Costa and Martin Tomczyk in the DTM in 2016, but da Costa will focus on Formula E and Tomczyk has now retired. 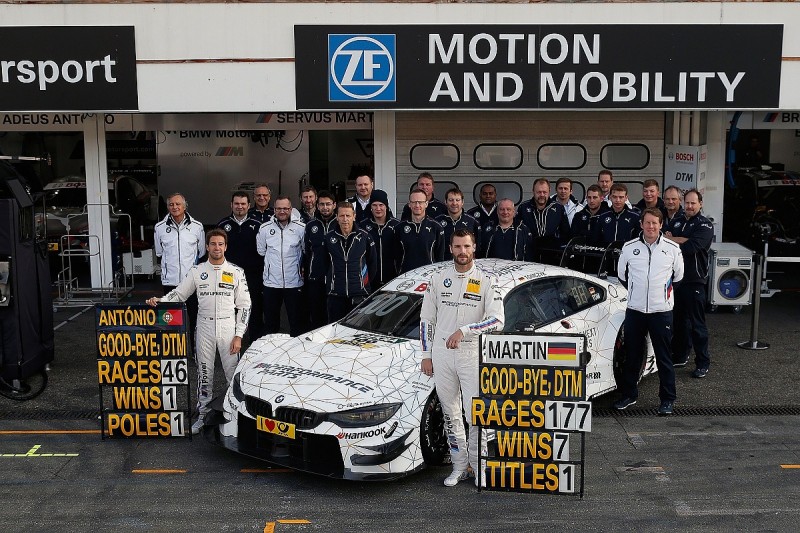 The MTEK team is also leaving the DTM on the reduction of BMW's line-up from eight to six cars and will begin preparations for the manufacturer's entry into the GTE Pro class of the World Endurance Championship in 2018.

The six-car DTM assault will now be exclusively handled by the RBM and RMG teams.

BMW Motorsport boss Jens Marquardt said: "I am convinced that this is the best team structure to help us prepare for our new tasks.

"We had to adjust our structures due to the changes in the DTM, and new possibilities and areas of operation opened up for us in our newly-reorganised motorsport programme."

The team has recorded five victories in the Nurburgring 24 Hours, three of them with GT machinery, and has also successfully represented BMW in the FIA GT Championship and the American Le Mans Series.

Drivers for BMW's 2017 programmes, including its IMSA SportsCar Championship campaign with the Rahal team, are scheduled to be announced on Friday.

Vanthoor and Werner switch to Porsche for 2017 GT programmes