Weather was the deciding factor in the 20-car Top Qualifying 2 shootout at the Nordschleife, with the Eifel region being subjected to heavy rainfall.

Race control decided to start the second section about half an hour later than planned, but the track conditions were still treacherously slippery in places.

Yelloly, who claimed victory in the 24 Hours last year alongside Alexander Sims and Nicky Catsburg, powered to the top spot in the #1 Rowe BMW M6 GT3 he shares with Catsburg, John Edwards and Philipp Eng with a 10m01.619s lap.

PLUS: The rise of a GT squad responsible for a unique 24-hour racing feat

"It wasn't easy at all, you could see in the onboard that I had to work very hard for it," said Yelloly. "Honestly, it was completely crazy. I had aquaplaning everywhere!"

That prevented a sensational pole from the #19 Konrad Lamborghini Huracan GT3 Evo which had lapped quickest with Axcil Jefferies at the wheel in qualifying practice 3.

Jeffries, sharing with Michele di Martino, Tim Zimmermann and Alex Fontana, had gambled by pitting for fresh wets after his outlap and thus only had one opportunity to post a time.

On fresh rubber, the Zimbabwean managed a time of 10m03.927s, but it wasn't enough to dislodge Yelloly as the Brit improved on his second lap.

Manuel Metzger, the 2016 N24 winner, was the very last driver to set a time in the #4 Haupt Racing Team Mercedes-AMG GT3 and posted a time good enough for third, demoting Jesse Krohn's Schubert BMW to fourth and team-mate Nico Bastian in the sister #6 Mercedes to fifth. 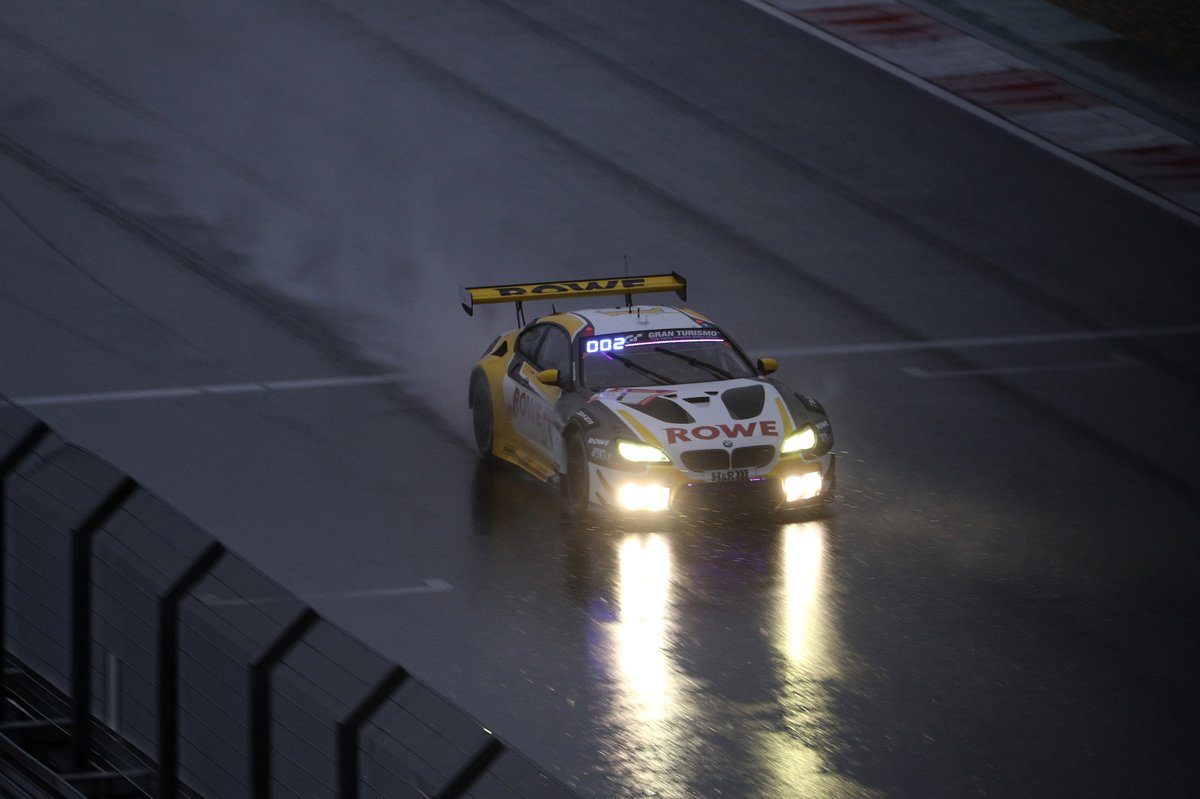 The FFF Lamborghini that topped the qualifying practice 2 times on Thursday elected not to run to avoid collecting damage after factory driver Marco Mapelli progressed through Top Qualifying 1, which started in dry conditions before the rain arrived.

The race starts at 3:30pm local time on Saturday, following a one-hour warm-up scheduled for 11.30am.