Alvaro Parente, Gregoire Demoustier and Alex Premat led all the way through the three-hour event, with the exception of the first pitstop sequence, to record a five-second victory in their MP4-12C.

Parente led from pole position and built up an 18-second lead over the course of the first hour, thanks in part to Bentley driver Andy Meyrick holding up the chasing pack after vaulting from fourth to second at the start.

Demoustier did not have the pace of the chasing Sainteloc Audi R8 LMS ultra driven by Stephane Ortelli in the middle hour, but still handed over to Premat with a 12s lead.

Premat found himself with a 19s advantage over Gregory Guilvert in the Sainteloc Audi after taking over the car, subsequently stabilising it at 15s before easing off in the final stages.

The Sainteloc Audi, which had been started by Edward Sandstrom, claimed second despite a late challenge from the second ART McLaren in the hands of Andy Soucek.

Soucek, who shared the car with Kevin Estre and Kevin Korjus, had been unable to keep pace with Guilvert at the start of the final stint.

He then came back at the Frenchman before coming under pressure himself from the best of the WRT Audis with Laurens Vanthoor at the wheel.

Vanthoor, who shared the car with Cesar Ramos and Marc Basseng, closed down a 15s to the McLaren over the course of his stint, but was unable to find a way past after catching Soucek with 10 minutes to go. 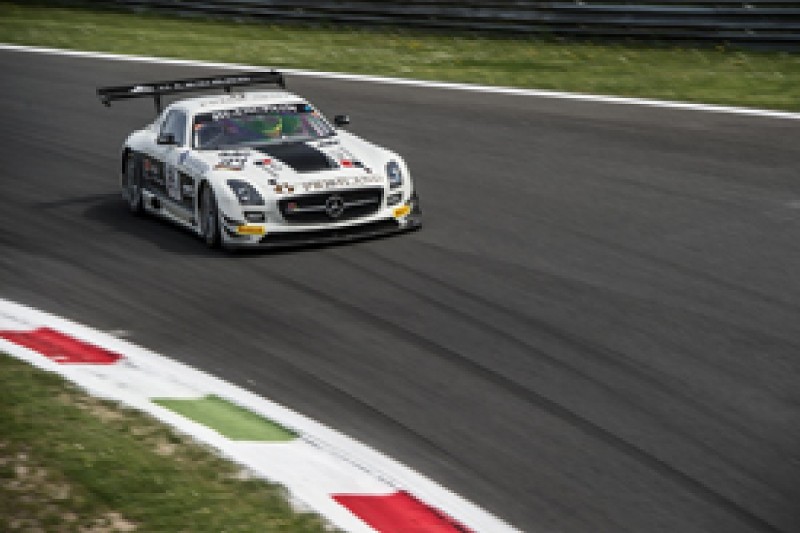 The car that Meyrick shared with Guy Smith and Steven Kane ended up eighth behind the sister car driven by Antoine Leclerc, Jerome d'Ambrosio and Duncan Tappy after losing time at its first pitstop.