Dyson, a two-time outright winner of the American Le Mans Series, will field the Continentals in the second half of this year's Pirelli World Challenge sportscar series ahead of a full campaign in 2015.

A debut for a solo car is scheduled for the Road America round on June 21, depending on the results of testing, while a second car should come on stream later in the season.

Bentley motorsport boss Brian Gush said: "Now that our European motorsport programme is up and running, securing a return to racing in our biggest market is the natural next step.

"This venture is the next step in the Continental GT3 plan, which we hope will eventually see our customers racing in Bentleys all around the world."

Dyson Racing team owner Rob Dyson said it was an "honour" to go racing with Bentley.

USC FUTURE NOT RULED OUT

The World Challenge allows Dyson to run its Continentals in the same specification as they race in the Blancpain Endurance Series, in which the two M-Sport factory cars finished in the top 10 in last weekend's Monza opener, and the British GT Championship.

An entry into the GT Daytona class of the United SportsCar Championship would have required substantial changes, but Gush revealed that stepping up to the premier US sportscar series in the future was a possibility. 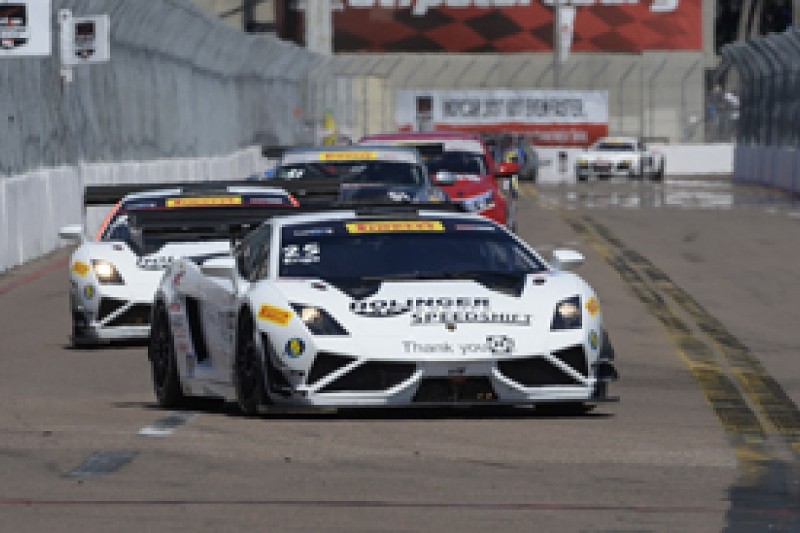 "At the moment the World Challenge works better for us because we can compete on a one-to-one basis with an FIA homologated car, whereas the USC would require substantial development work to be done," he said.

"But we are not ruling anything out for the future."

It took part in the opening round in St Petersburg last month to show off its latest Gallardo and won the race with Tomas Enge (pictured).