It has revived the programme from which Ross Gunn graduated with a factory contract ahead of the 2016 season.

The previous scheme, known as the Evolution Academy, took place for one season only in 2015.

AMR boss John Gaw told Autosport: "It was a big success last time and we got a proper talent in Ross out of it.

"We didn't continue it because we were busy with other things, but it's a smart and cost-effective way of finding a new factory driver and allows us to put something back into the sport."

Successful applicants will be mentored by AMR and its roster of existing factory drivers in a range of disciplines.

"There are probably 10 things you need to be a successful racing driver, and being fast is just one of them," said Gaw.

"We will help them with the obvious things like nutrition and fitness, but also how to work with engineers and amateur drivers because that can be a big part of being a successful GT driver these days."

A total of 10 drivers were part of the Evolution Academy in 2015, but Gaw said there was no set number for the the revived scheme.

"If we find eight good drivers it will be eight and if we find 12 it will be 12, but it won't be just five or a big number like 20 because we need to provide them all with individual mentoring." 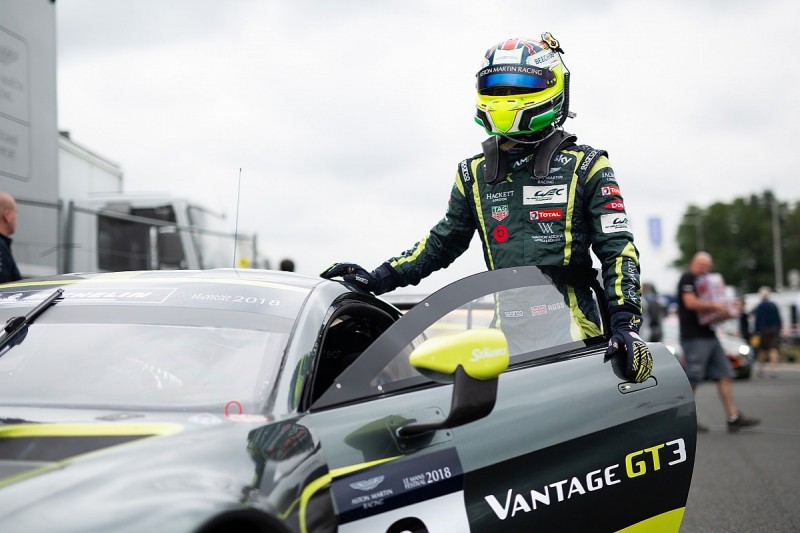 Gunn, who has played a role in the development of this year's second-generation Vantage GTE car and next year's new GT3, claimed a factory drive after impressing during an unofficial shoot-out at the Bahrain World Endurance Championship rookie test in November 2015.

Gaw suggested that it was "highly likely that we will end up doing something similar again".

Gunn doesn't have a full programme with Aston this year, but is the WEC team's test and reserve driver and gave the new Vantage GT3 car its race debut in the marque's one-make Festival event on the Le Mans 24 Hours undercard.

He raced with the Beechdean AMR squad, with which he won the GT4 class title in the 2015 British GT Championship, in the domestic series and then the European Le Mans Series in 2016 and '17 respectively.