The IMSA SportsCar Championship regular, who is leading this year's points with Action Express Racing, will drive one of the four factory M-Sport Bentley Continental GT3s entered for the Blancpain GT Series Endurance Cup blue riband round on July 27/28.

Derani will share with team regular Andy Soucek and former Nissan driver Lucas Ordonez in a reshuffled line-up at M-Sport.

Bentley motorsport boss Brian Gush told Autosport: "Pipo is a good endurance driver who we've been watching for a while.

"We tested him at Mugello last month and he was immediately quick, as we expected."

Derani, who previously contested the Spa 24 Hours aboard a Garage 59 McLaren in 2016, said: "I tested the Continental GT3 last month, and it's unlike anything I've driven before, but I got to grips with it so quickly.

"I can't wait to get back behind the wheel at the test next week [the official test days on July 2 and 3], and I'm looking forward to battling for the Spa 24 Hours win." 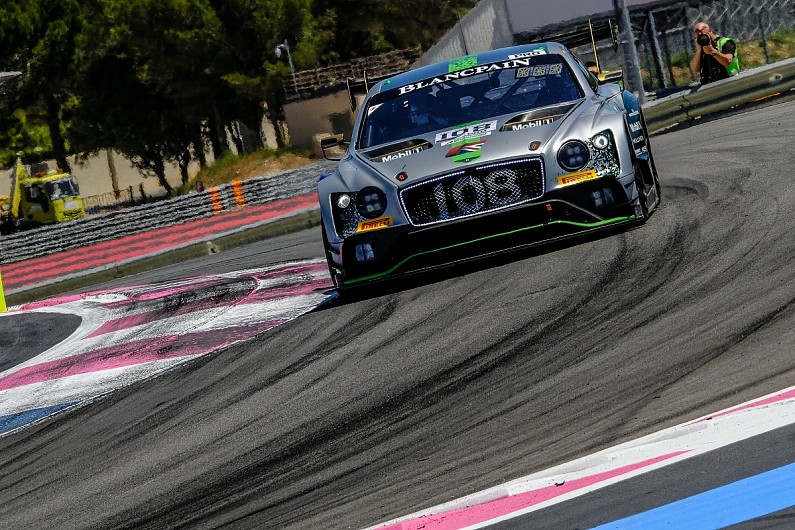 Bentley has opted to split its regular BGTS partnership of Soucek and Maxime Soulet for Spa.

Soulet will drive alongside Markus Palttala and Alex Buncombe, two of the roster of additional drivers for Spa announced earlier this year.

"We wanted one driver in each crew who knows the car and how the team works, a team captain," explained Gush.

The BGTS crew of Steven Kane, Jules Gounon and Jordan Pepper will remain together for Spa.

Seb Morris, who is moving over from Team Parker Racing's pro-am line-up for the 24 Hours, will be joined by Callum Macleod and Rodrigo Baptista in the final car.