The number of pro class cars in the Endurance Cup segment of the Blancpain GT Series will be capped in 2018, in an attempt to reinforce the amateur classes.

Series organiser Stephane Ratel has decided to restrict the number of pro entries in the championship to 26 to cut back professional driver entry dominance.

The move will result in a reduction in the number of pro cars in the series, 31 of the 50 cars that started this weekend's Barcelona series finale ran in the top class.

Ratel told Autosport: "When we started the championship [as the Blancpain Endurance Series in 2011] we had 10 or 11 pro cars, now we have 30.

"If we continue this way, we could have 36 cars next year and no am cars."

"I've been down the route of all-pro grids before on two occasions in the past and I know it doesn't work," he said. 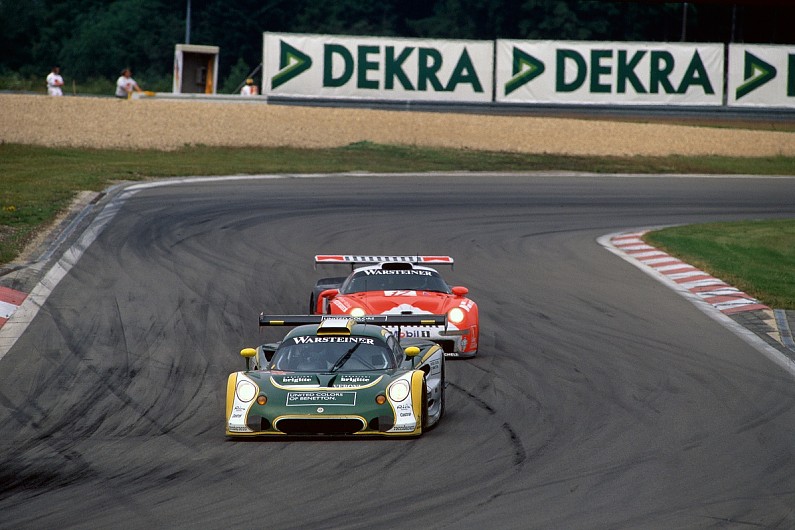 The move has been welcomed by the manufacturers and teams.

Nissan global motorsport director Mike Carcamo said: "This is a customer racing series so the plan makes perfect sense; Stephane is right to keep a balance."

Barwell Motorsport boss Mark Lammer, whose Lamborghini team has been a front-runner in the pro-am class this year, explained that Ratel was "correct to try to protect the amateurs".

Ratel stressed that extra pro cars would be allowed for the Spa 24 Hours BGTS enduro, the blue-riband round that comes with double points.

The plan to bolster the amateur element of the series also includes a series of further measures.

The grid will be formed on the basis of aggregate times of the three drivers in each car across the trio of 15-minute qualifying sessions.

It replaces the current procedure whereby the qualifying order is determined by the fastest time from the three periods.

Pro-am line-ups will have to include a minimum of two bronze-rated drivers. A bronze-silver-silver trio is currently allowed.

This change goes hand in hand with the introduction of a new Silver Cup for line-ups of three silver-rated drivers.

Ratel believes that this will encourage more young drivers to jump off the single-seater ladder and switch to GT racing.

There will also be revisions to the format of the sister BGTS Sprint Cup.

The grids for the pair of one-hour races will be determined by qualifying, with each driver setting the time for the race that he or she will start.

There is currently a qualifying race with reduced points that sets the grid for the main or full-points event.