Ex-Formula 1 driver Will Stevens will return to the WRT Audi team for the Blancpain GT Series Sprint Cup round at the Hungaroring later this month.

The former Caterham and Manor F1 racer will take up his place in the Belgian team's Sprint Cup line-up alongside Markus Winkelhock in Hungary on August 27.

Stevens will then contest the Sprint Cup finale at the Nurburgring in September alongside Winkelhock, with whom he lies second in the points after three of the five rounds.

"The plan is to finish the season with WRT, and I've been back in the car today at the Hungaroring and had a really strong test," Stevens told Autosport.

"I believe that 'Winkie' and me are a good partnership and I have a good feeling about the rest of the season."

It is unclear whether Stevens, who described the Sprint Cup as his "main focus", will contest the final BGTS endurance round at Barcelona in October.

WRT boss Vincent Vosse said that it was "always my wish" that Stevens would return to the team and that he was "still working" on having him in a car at Barcelona.

Stevens and WRT have declined to offer an explanation as to why the Briton missed Spa. 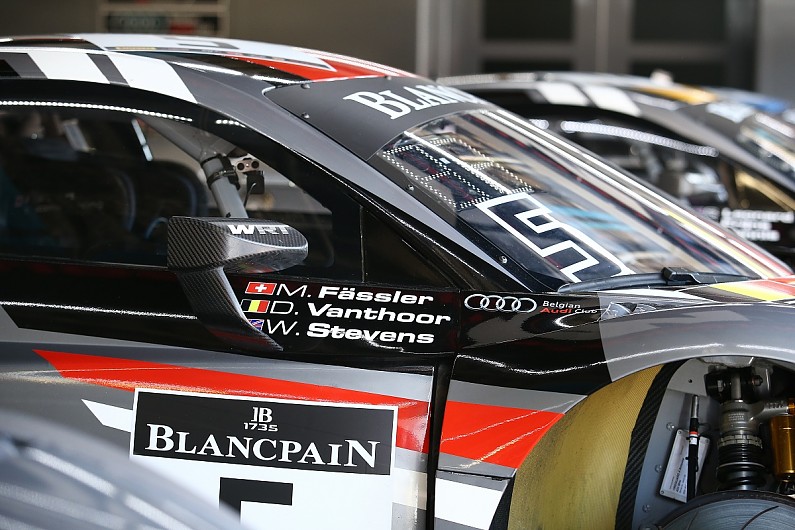 Alongside team-mates Marcel Fassler and Dries Vanthoor, he had failed to finish any of the three endurances races held prior to the double-points round in Belgium.

Stevens will also race a GT3 car for the first time on the Nurburgring Nordschleife this weekend when he lines up at the wheel of a Walkenhorst Motorsport BMW M6 GT3 in the fifth round of the VLN season.

The drive in the six-hour race alongside with Christian Krognes, Michele di Martino and Matias Henkola follows an outing with the same team aboard a BMW M235i one-make racer in the VLN opener in March.

"It will be a challenge, but I'm looking to pick up some experience on the Nordschleife in a GT3 car," he said.

The drive will come just one week after Stevens had an outing in the Pirelli World Challenge with the factory-supported Absolute Racing Bentley team at the Utah circuit near Salt Lake City.

He drove in the Pro-Am class together with team regular Andrew Kim in what was a one-off appearance.

"I'm trying to do as many things as possible to open doors and give me options for the future," said Stevens, who won the GTE Am class at Le Mans in June with the British JMW Ferrari team.