Aston Martin Racing Academy driver Alex Toth-Jones believes positives can still be taken away from last weekend's British GT meeting at Brands Hatch, despite a late retirement from the lead

The 22-year-old and team-mate Will Moore put in another impressive performance around the iconic GP layout aboard Academy Motorsport's Aston Martin Vantage GT4, with the Silver-Silver pairing qualifying ninth overall.

Toth-Jones qualified fifth in his session and believed he could have been fastest but for a small error at the final corner.

With Toth-Jones at the wheel from the start, he comfortably ran seventh and gained a lap on the following cars due to a well-timed safety car.

"We really had a good race car, which was better over a longer stint," said Toth-Jones, who had never driven around the Brands Hatch GP layout until opening practice.

"From the first 15 minutes of my stint, I felt comfortably quicker than the cars in front.

"We planned to run long and my pace was really strong, I was one of the quickest GT4 cars throughout the stint."

Despite a stop/go penalty for a start infringement, Toth-Jones still retained seventh and, when he was the last of the leading runners to pit behind a second safety car, he handed the Vantage over to Moore in first place.

With Moore leading by more than 30 seconds and with just 15 minutes remaining, a suspected mechanical issue meant the car crashed out from the lead at Druids.

But despite the gut-wrenching retirement, Toth-Jones believes he and the team showed what they are capable of.

"There's so many positives to take away from that weekend. We looked strong all the way through free practice and into the race," added Toth-Jones.

"We got lucky going from seventh to the lead but when we got the lead we showed that we deserved to be there. Will was the second-fastest GT4 car and we all agreed that we did deserve to win that race.

"As a whole team, we have made a leap forward."

Despite the disappointing result, Toth-Jones was able to relax with guests and sponsors who attended the race weekend, which included racing alongside two young karters on the circuit's kart track.

"Whether it's a little kid or a potential sponsor if it's their first time watching something like this to see their excitement is great," he said.

"When you chat to people who have never been to a race weekend before, from a driving point of view you have a job to do but when you step back and see it from other people's perspective it is nice.

"We have the sponsors logos on the car but it's non-stop with potential investors. Sponsorship is not just about a sticker on a car, it never has been, it's all the hospitality and corporate side. Without that, I wouldn't be racing."

The final round of the British GT season will take place at Donington Park on September 14-15. 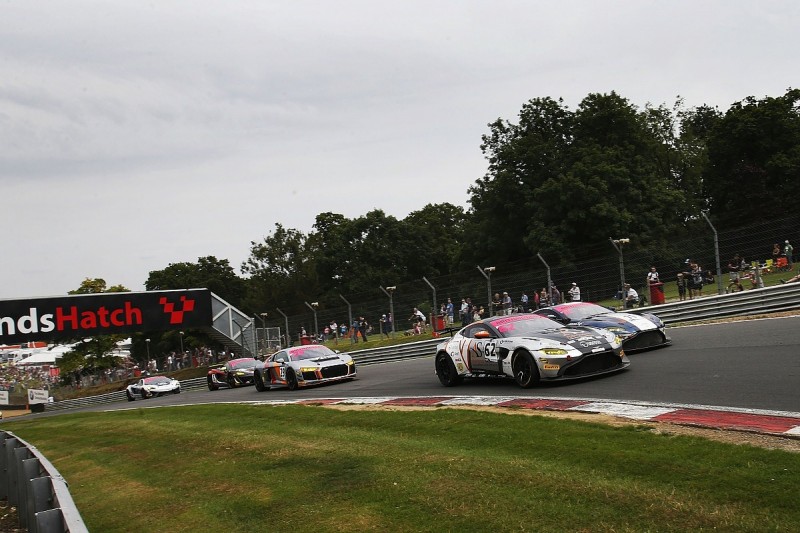