LMP3 is one of three new disciplines announced for the event on 22-24 October in which national teams go up against each other. Gold, silver and bronze medals are awarded for each event and an overall winner declared on the basis of a medals table.

The addition of LMP3, a further karting event and auto slalom brings the number of disciplines for this year's games to 18.

That is an increase from the 15 announced in March last year for the 2020 edition planned for Ricard in October, which was postponed to this year as a result of the COVID-19 pandemic, and the six that made up the inaugural games at Vallelunga in November 2019.

Stephane Ratel, the architect of the games, said he was "extremely happy" to be able have an endurance event for prototypes at the games.

"I have always said that we should have a proper endurance race with prototypes as part of the games, so this is good news," he told Autosport.

Ratel explained that he is grateful to the FIA and the Automobile Club de l'Ouest [which launched LMP3 in 2015] for working together to help fulfil an ambition to bring prototype racing to the games that he first outlined in 2019.

"It has been a long road, but I have to thank the FIA and the ACO for making this happen," he said.

"LMP3 was not an FIA class and the Motorsport Games is for FIA classes, but it has been agreed for LMP3 to get the FIA's stamp — that was the first step."

Ratel explained that the ACO has joined the promotional team of the games. It will be working with Ratel's SRO Motorsports organisation in the same way as TCR boss Marcello Lotti does to put on the Touring Car Cup element of the event. 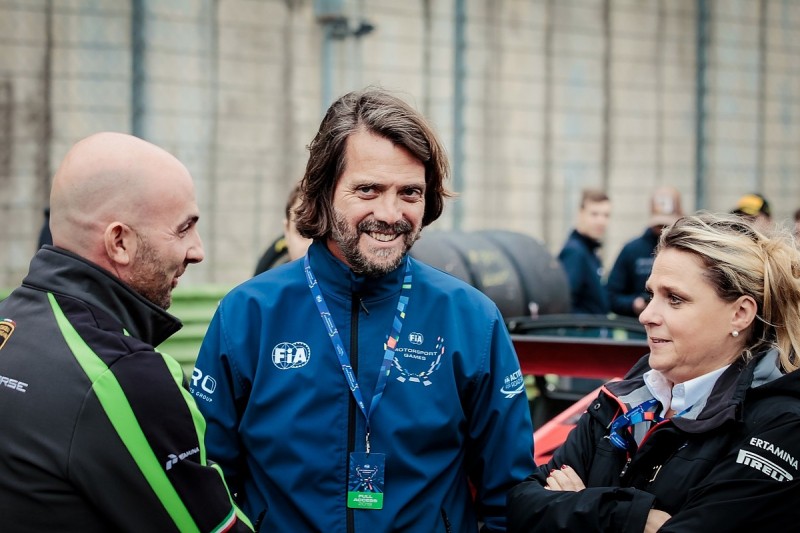 The LMP3 race will be of two hours' duration and open to crews of two drivers.

More details have been disclosed on the new GT Sprint for professional drivers, which joins the existing two-driver, pro-am GT Cup on the bill of the games. The race will run for 60 minutes on the Sunday afternoon of the event, with free practice and qualifying taking place in the morning.

Anthony Comas, who manages the games at SRO, said: "The idea to create a cost-effective event in which the teams involved in the pro-am event can use the same cars for the sprint."

"We hope we can attract some big names to take part."

PLUS: The legacy motorsport's 'Olympics' can build

The GT Cup event will be made up of three, one-hour races as in 2019. These will be concluded on the Saturday.

Formula 4, TCR, drifting, Esports and slalom karting all continue as part of the games from the inaugural event.

This year there will be four rallying disciplines, including Rally2 and Rally4, four in karting and two in the FIA's Cross Car off-road category.

The inaugural games at Vallelunga were won by Russia.

Magazine: Why Williams' revival in F1 is real