Russia topped the final medals table in the inaugural running of the Motorsport Games at Vallelunga.

Gold for Klim Gavrilov in the Touring Car Cup for TCR machinery vaulted Team Russia to the head of the table after it had earlier picked up bronze medals in the Drifting and Slalom Karting Cups.

That separated the Russian squad from the other five gold medal winners across the six-event competition at the Italian venue near Rome.

Russian Ilya Fedorov took bronze in his Nissan Silvia in the drifting event held on Saturday evening, while Olesia Vashchuk and Vladislav Bushuev claimed third spot in the karting competition on Sunday.

Italy won the Formula 4 Cup with Andrea Rosso and picked up third place in the Digital Cup esports competition with Stefano Conte to take joint second place in the table along with Australia.

The Australian team won the Digital Cup esports event with Cody Nikola Latkovski on Saturday and finished third in the GT Cup with father and son Stephen and Brenton Grove in a Herberth Porsche 911 GT3-R.

They moved up to third after the finish of the race when the Belgian entry of Louis Machiels and Nico Verdonck was penalised for avoidable contact penalty, dropping their Attempto Racing Audi R8 LMS to ninth.

Rosso won the opening race on Sunday on a wet track at the head of a field of 20 Abarth-powered KC MG-01 hybrid one-make racers.

The Italian started second after losing victory in Saturday's qualification race with a two-second penalty for overtaking under yellows flags and trailed pole man Ido Cohen for the first nine laps.

Rosso took to the front when the Israeli ran wide out of the final corner and held on in the two-lap sprint to the finish after a brief safety-car period. 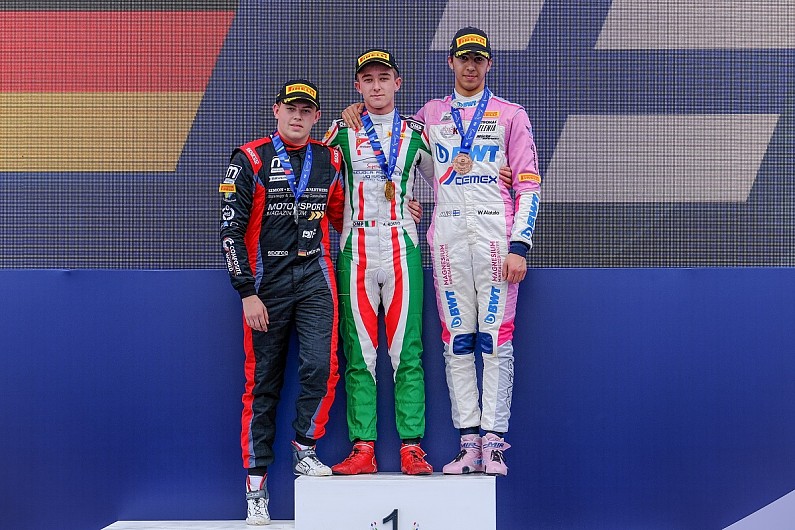 Niklas Krutten moved into second on the first lap after the restart as Cohen tumbled down the order after losing power.

The bronze medal was claimed Finland's William Alatalo, who jumped from fifth to fourth at the start.

Gavrilov claimed tin-top gold by finishing second to Magnus in Sunday's second race after taking victory in the opening encounter on Saturday.

The Russia held on to the runner-up spot he needed for gold in the face of a robust challenge from Tom Coronel's Boutsen-Ginion Honda Civic after a late safety car.

The points the VRC Audi RS3 LMS driver accrued in the race gave him top spot ahead of Magnus and bronze medal winner Matej Homola, who finished runner-up in his BRC Hyundai in race one and fifth in race two.

Magnus, who finished third in race one, led from start to finish in his Comtoyou Racing Audi. 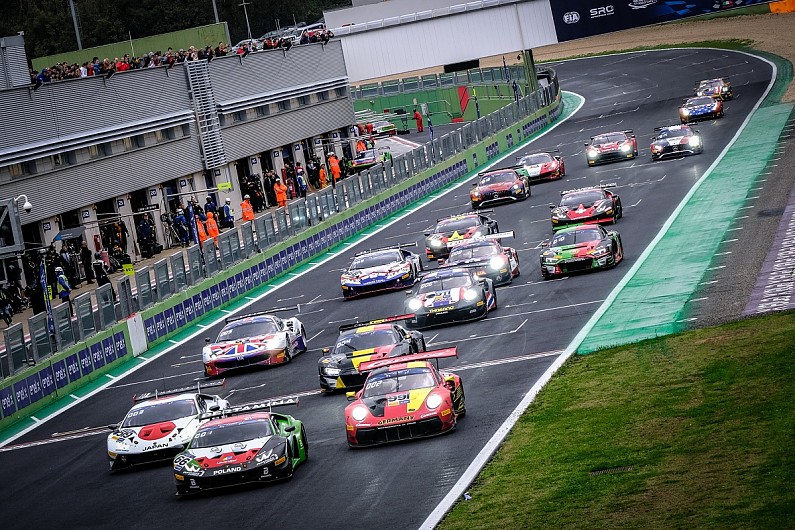 Hamaguchi moved into the lead on a drying track on lap four and pulled out a clear lead when the rain returned five minutes before the pitstop window opened.

Sasahara emerged in the lead just as a safety car was called and only had to complete another half a lapunder green flag conditions before the race went yellow again and remained under caution to the chequered flag.

The Netherlands triumphed in the Kart Slalom Cup with Nina Pothof and Bastiaan Alexan from Belgians Manon Degotte and Antoine Morlet.

Ukraine took gold in the drifting on Saturday with Dimitriy Illyuk.