How did Formula 1's 10 teams get on during the Bahrain Grand Prix weekend? Find out with our verdict on the full grid

The body blow for Mercedes came before qualifying. An unscheduled gearbox change for Lewis Hamilton put the reigning champion on the back foot instantly, but his recovery from a ninth to third could prove important come the final flag waving at Abu Dhabi at the end of the season. 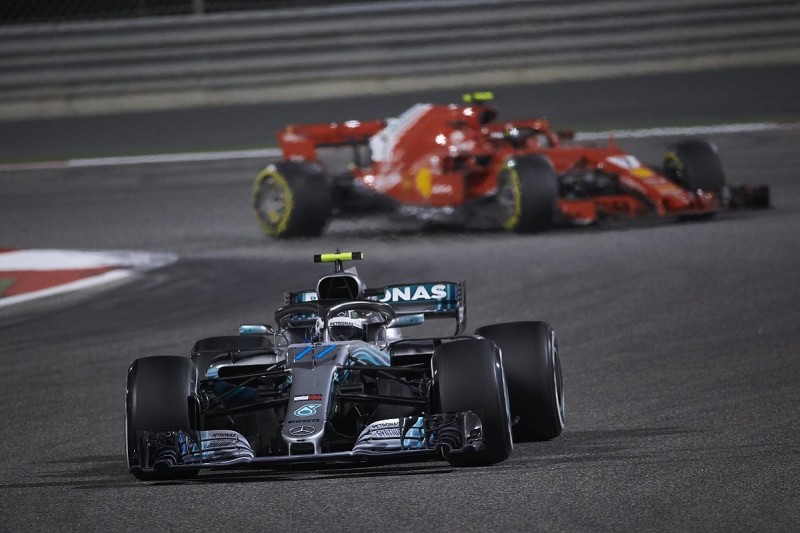 Valtteri Bottas took the fight to an in-form Sebastian Vettel, but could not take advantage of his team-mate's slip to snatch the headlines. Mercedes looked to have pulled off a strategic masterstroke in running a one-stop strategy, but Vettel's genius enabled Ferrari to react and hold on to victory in a tense finish.

9th to 3rd is a good result for damage limitation this weekend, thank you to the fans and the team for your hard work. My thoughts are with the injured pit stop mechanic and I wish him a speedy recovery. Looking forward to next week's race in Shanghai! ?? #F1 @MercedesAMGF1 pic.twitter.com/XfDrOfiLuX 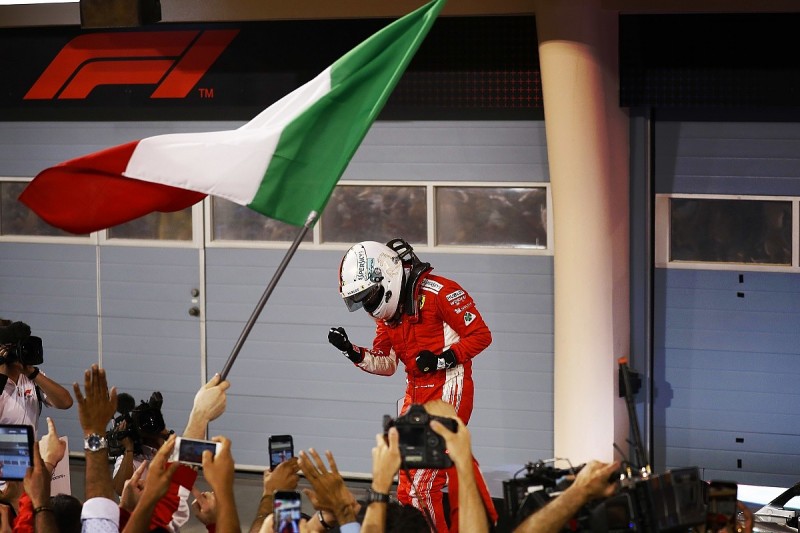 An unfortunate pitstop ended his race and left a Ferrari mechanic with a broken leg, the low point of a weekend where the Scuderia showed encouraging signs that it can take the fight to Mercedes.

Vettel soaked up intense pressure from Bottas - on tyres that were well past their best, to extend his championship lead and give Ferrari back-to-back wins at the start of an F1 season for the first time since Michael Schumacher's last title-winning season in 2004. An omen? 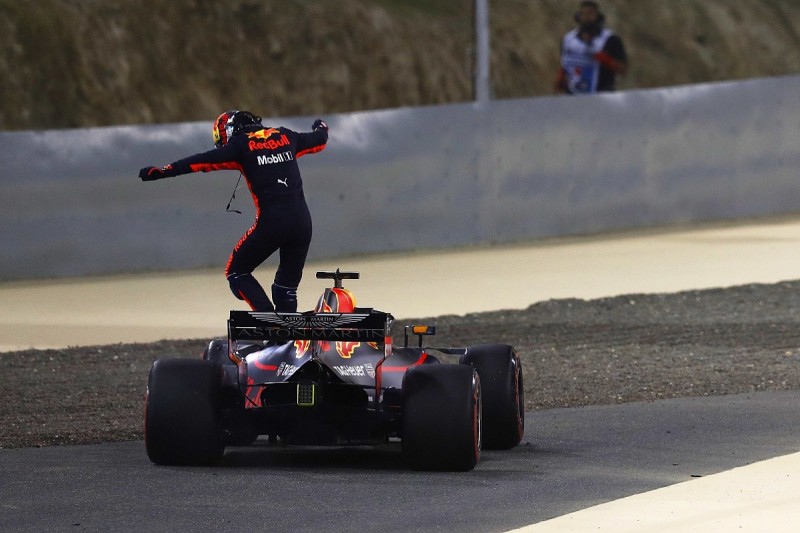 In the words of Daniel Ricciardo, "this sport can rip your heart out sometimes." That was the case for Red Bull Racing in Sakhir, as both cars stopped with mechanical problems within the first five laps.

Max Verstappen struggled to find a slice of good fortune in the early stages of last season, and it appears to be a story repeating itself in 2018. The Dutchman was left pushing his car back to the pits after mechanical issues in Friday practice, while a crash at Turn 2 in qualifying and a puncture during his first battle with Lewis Hamilton of the season didn't help ease the pain. In the end, damage sustained in that hit with the Mercedes forced him to retire shortly after replacing his punctured tyre.

What can I say... A very disappointing weekend. Feeling sorry for all the fans that support me. Better luck next time in China! #BahrainGP pic.twitter.com/XwKopQV5Q8 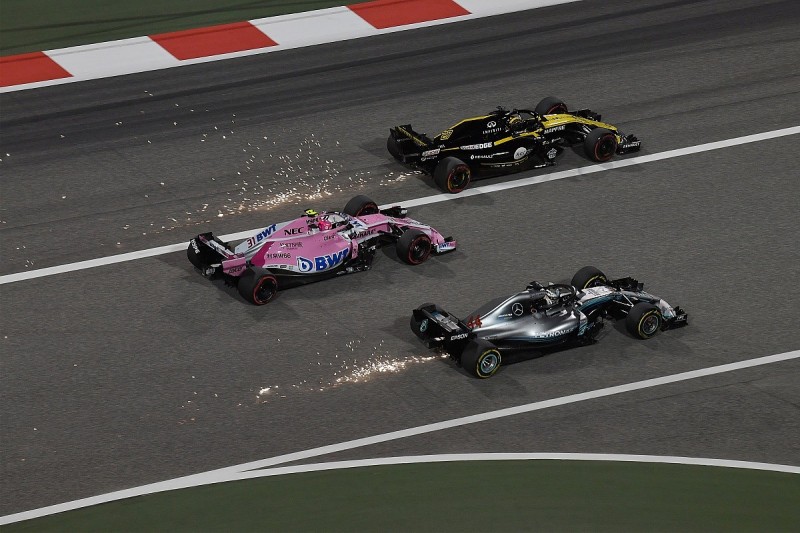 Force India has often enjoyed strong results at this circuit, but Esteban Ocon's 10th place warranted the only point for the team this time. The Frenchman once again sent out a warning to more experienced team-mate, Sergio Perez, who could only salvage 12th place after qualifying in the same position, and then picked up a penalty after the race for failing to help Brendon Hartley get his place back on the formation lap.

"It was a very tough race and there was never really a chance to catch my breath. I was always pushing, always fighting, always chasing." 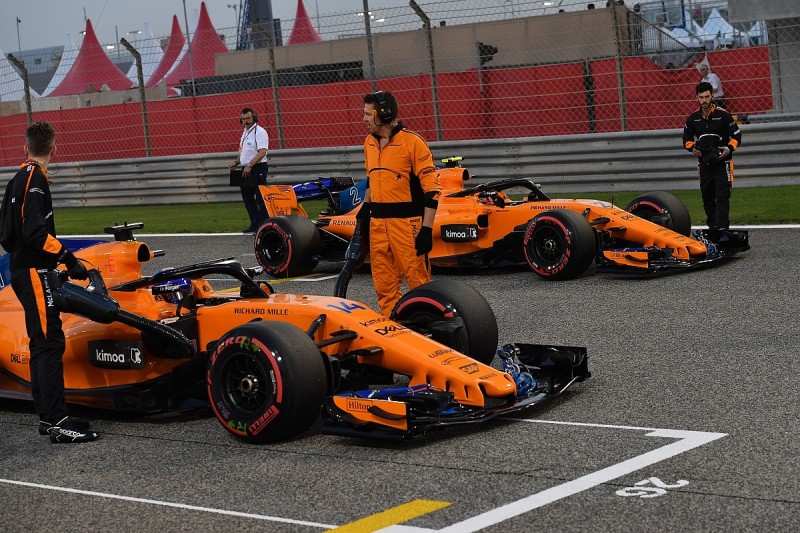 McLaren's weekend looked set to fall into a familiar trend after qualifying. Fernando Alonso was left ruing a performance so bad it was labelled "astonishing" by Eric Boullier after qualifying, as he and Stoffel Vandoorne were eliminated in Q2. The rise of both was more encouraging on Sunday, as was the reliability of the McLarens which climbed up to seventh and eighth.

To make matters worse, old partner Honda was ahead on merit all weekend in the back of the Toro Rossos.

Great points today in a tough weekend for us. Again both cars in the points for the team!! ???? Thank you Bahrain! #mclaren #f1 pic.twitter.com/rolxhtByhy 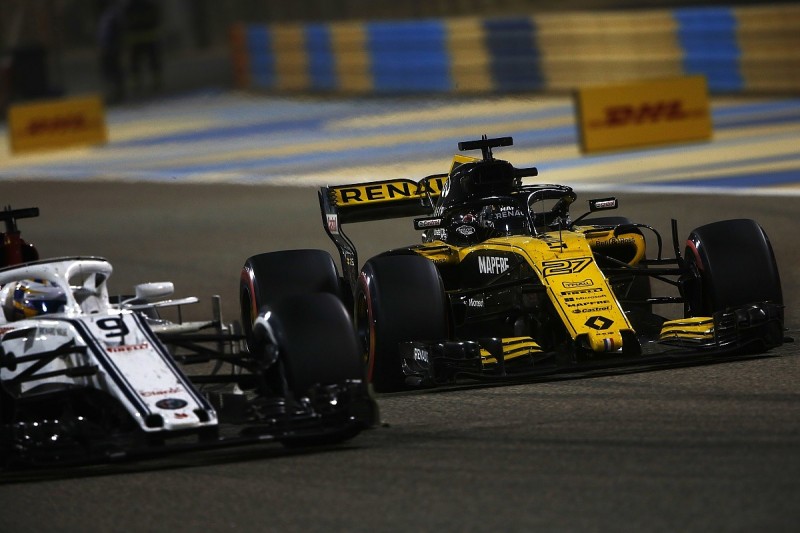 Still not in a race-winning car, Nico Hulkenberg over-achieved in Bahrain. The Renault driver remained in the top 10 all weekend, backing up a solid eighth place in qualifying with fifth in the race to give Renault its best result since Vitaly Petrov's top-five finish in the 2011 Canadian GP.

? "We got the maximum from the race today, which is a good positive."
Nico on his #BahrainGP ?
Full report ? https://t.co/Q9kHXnsxTJ #RSspirit pic.twitter.com/WduRkpgg3B 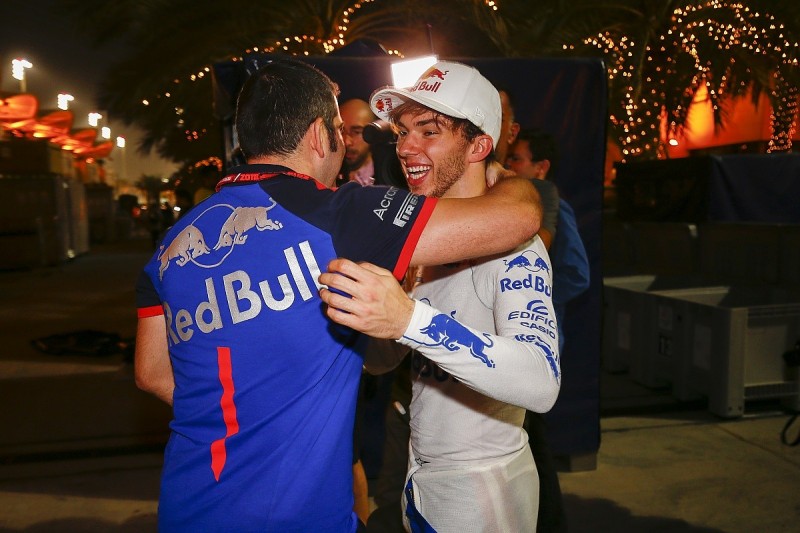 The transition to Honda power looked like it had finally bitten in the opening race of the season, but Toro Rosso hit back superbly in Bahrain to silence the critics and humble McLaren at the home of the British team's major shareholders.

Pierre Gasly started a phenomenal fifth once Hamilton's grid penalty was applied, and he inherited a comfortable fourth place which he deservedly maintained much to the delight of the team. 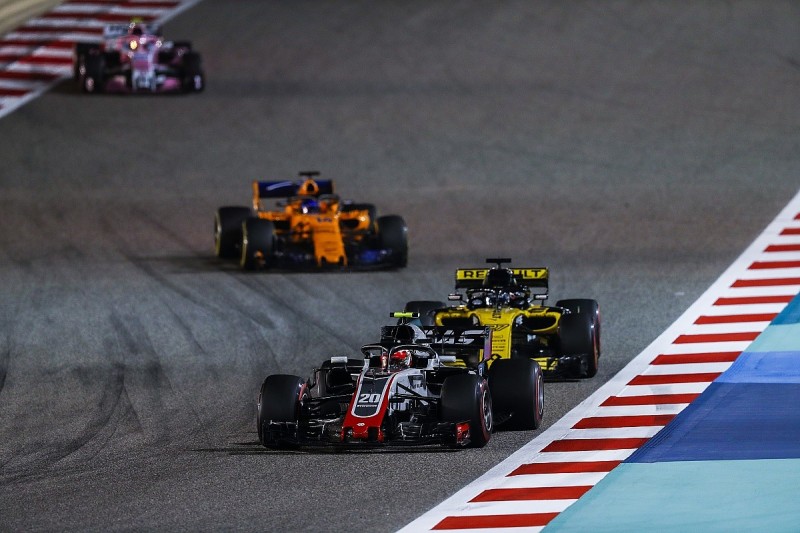 You'd have thought Gene Haas had taken a baseball bat to a hall of mirrors after Australia, but no such poor fortune fell his team's way this time. Kevin Magnussen again qualified strongly in seventh and improved to match the team's best ever result of fifth - achieved ironically in Bahrain two years ago.

The Dane's floury radio antics towards team-mate Romain Grosjean - who had a much tougher weekend - can be forgiven. 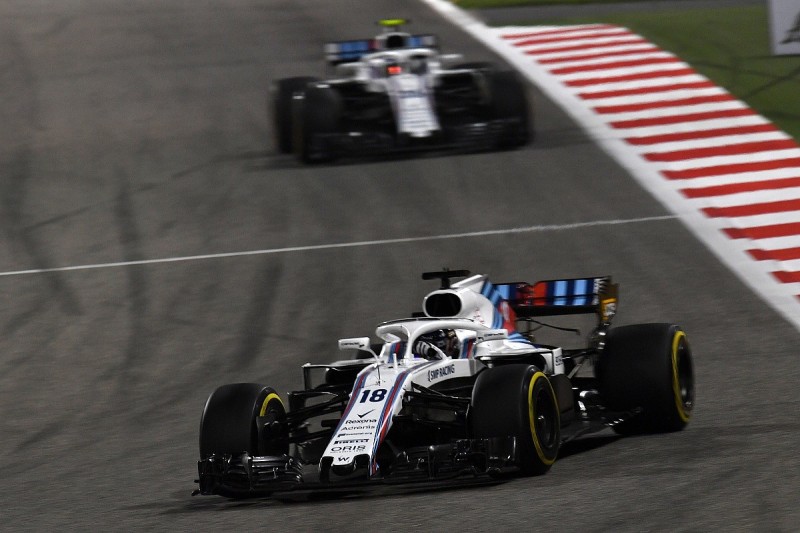 Williams is a team on the back foot in 2018. The last time both cars finished (retirements not included) 16th or lower in a grand prix was back in Japan in 2013, a season that also proved less than fruitful.

Developments are required to keep the fight in Williams during a rough and rocky patch.

A difficult and dissapointing start to the season, but we are forever thankful for the support we receive from our fans ? #StickWithUs #F1 pic.twitter.com/zNeD8CWS0R 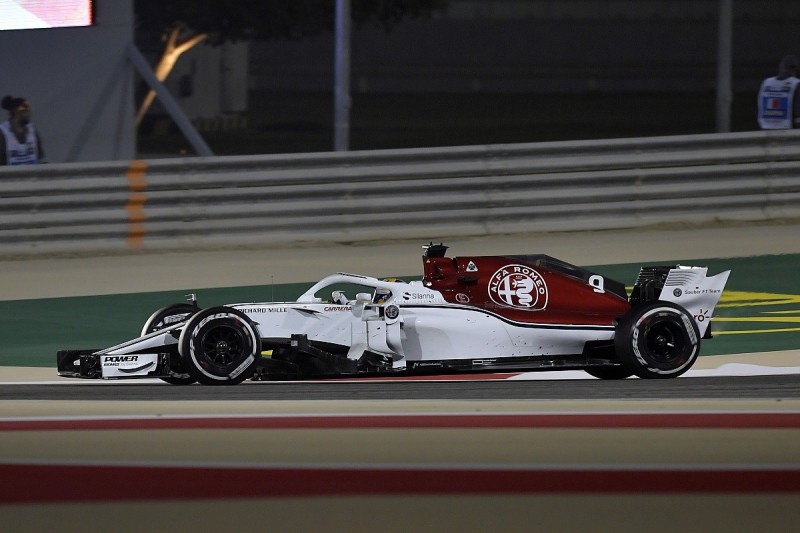 Points for Alfa Romeo and Marcus Ericsson will have come as a major relief for Sauber. The Swede could only qualify 17th on Saturday, but banked his first points since the 2015 Italian Grand Prix with ninth place after running an extremely long first stint on softs to make his one-stop strategy count.

A night to remember and a P9 for #ME9: "It was a great team effort. I am very happy, very pleased, and I look forward to continuing on this positive path." #BahrainGP #F1

It's early days, but the constructors' championship table makes for better reading for Sauber than it has in recent years, with the team above Force India and Williams after two races.

Five things you might have missed from the Bahrain Grand Prix