A total of 12 races will run across Saturday afternoon and Sunday, with the spectacular hour-long Gerry Marshall Trophy race for Group 1 Saloon Cars running in the dusk of Saturday evening.

Back after a three-year sabbatical is the Moss Trophy (pictured above) for closed-cockpit GT cars in the spirit of the RAC TT races of 1960-1962. The grid will feature Ferrari 250 GT SWBs and steel-bodied Jaguar E-types along with smaller-engined cars like the Lotus Elite.

Opening the racing on Saturday will be a new race for the Ronnie Hoare Trophy.

Named after Ford dealer-turned Maranello Concessionaires boss Colonel Ronnie Hoare, the race is for roadgoing sports and GT cars of a type that raced internationally between 1963 and '66. Entries will include Ferrari 275 GTB/Cs, Porsche 911 and 904 Carrera GTSs and Alfa Romeo Giulia TZ1s.

The Sears Trophy will run for the first time since 2014 for saloon cars of a type that raced between 1958 and 1963. Lotus Cortinas, Mini Cooper Ss, Ford Anglias and Ford Galaxies will contest the race named in honour of 'Gentleman Jack' Sears.

The newly-titled Bolster Cup will feature racing specials of a type that raced up to 1939. The race celebrates Autosport's founding technical editor John Bolster, one of the pioneers of the specials movement. Monster aero-engined devices will take on smaller one-off models from GN and Riley.

Other highlights include the Gurney Cup for Can-Am-style sports-prototypes from 1960 to '66, the Hawthorn Trophy for front-engined grand prix cars up to 1958 and the Derek Bell Cup for 1-litre Formula 3 cars. Meanwhile, the Varzi Trophy (pictured below) for sports-racing cars up to 1939 takes on a new identity as the Caracciola Sportwagenrennen. 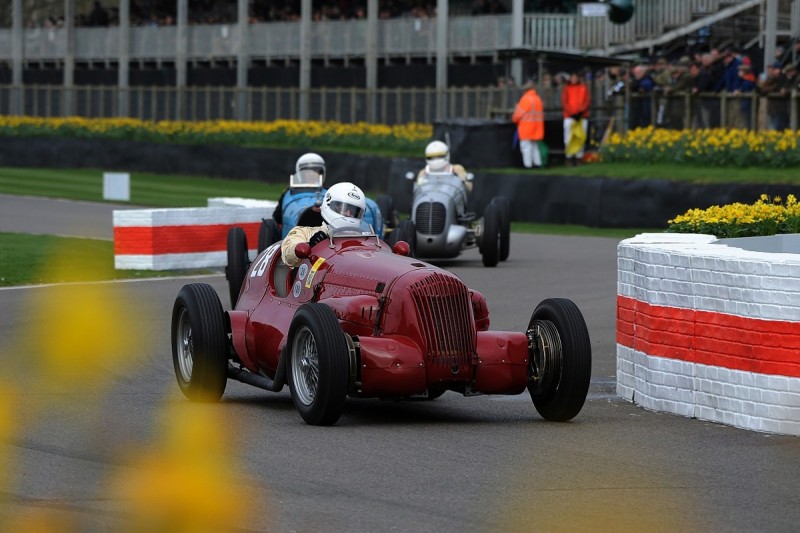 Bringing the curtain down on Sunday afternoon will be the Salvadori Cup for world championship sportscars and production sports-racing cars of a type that raced between 1955 and 1960.

To complete the setting, 100,000 new daffodil bulbs have recently been planted around the Sussex track.