Following a stint as a driver, Jordan founded his own team and tasted success in Formula 3 and Formula 3000 in the 1980s with the likes of Johnny Herbert, Jean Alesi and Martin Brundle.

The team made its debut in the 1991 United States Grand Prix with the revered Jordan 191, and won its first race with Damon Hill in Belgium seven years later.

"Born in Ireland, you have that 'let's have a go and see how it goes' feeling," said Jordan on stage.

"What Jordan had was a certain gift - we had a really good group of people who could understand talent."

"That was the fundamental foundation of the team, and then it got stronger from an engineering and technical point of view."

Heinz-Harald Frentzen won two races as the team finished third in the constructors' championship in 1999, before Giancarlo Fisichella claimed what was the team's final victory in Brazil in 2003.

Nearly 25 years on from his team's F1 debut, Jordan received the accolade from Hill at the Autosport Awards.

Jordan joked that Hill joined his team "to increase his pension fund", but added: "he was a revelation. We were striving, we were close, we had pole positions and all sorts of very good results, but we just couldn't get that win. Spa 1998 was fantastic." 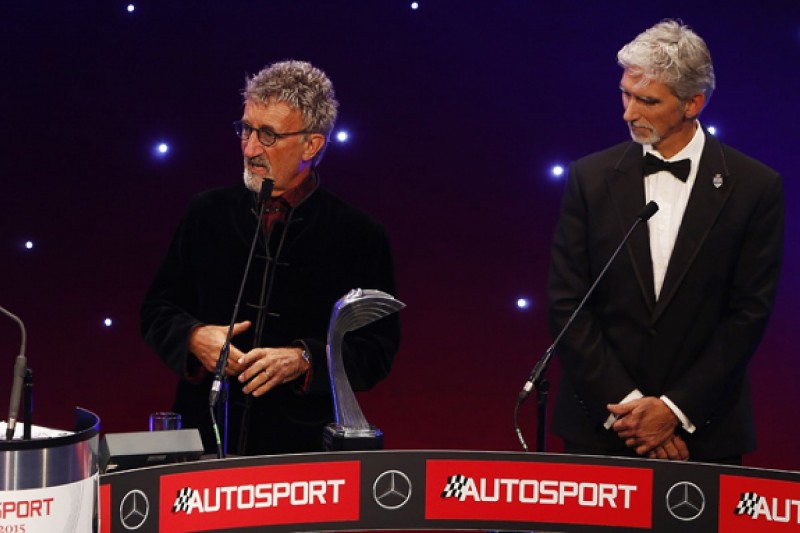