Having won the first five races of 1992 on the bounce, Nigel Mansell went to Monaco hoping to secure a sixth. But ill fortune left him having to contend with reigning champion Ayrton Senna for an infamous duel around the Monte Carlo streets

The streets of Monte Carlo are well-known in Formula 1 circles as being a nigh-on impossible place for anyone to overtake.

While that characteristic has turned many of Monaco Grands Prix over the years into dull affairs, it, on this day in 1992, made for one of the most exciting in its long history as Ayrton Senna pulled off a brilliant victory in an inferior car.

Heading into the weekend, defending world champion Senna had known that his chances of a fourth successive Monaco win were pretty slim, as the Williams FW14B of championship leader Nigel Mansell had dominated the first five races of the year.

By contrast, the best Senna had mustered was a pair of third places, with three non-finishes already leaving him 42 points behind in the world championship.

The Brazilian's only realistic chance of success in the Principality would be if Mansell somehow hit trouble. With the two Williams of Mansell and Riccardo Patrese locking out the front row, Senna - starting third - understood that he needed to split them off the line if he was to hold out any hope of being in a position to capitalise.

And that's exactly what happened. The Williams duo played it cautiously into the first corner, while Senna braked so late that he nearly ran into the back of Mansell.

"I went for it at the last moment going into the first corner so as not to give Riccardo any clue, because otherwise he would have closed the door, of course," Senna said later. 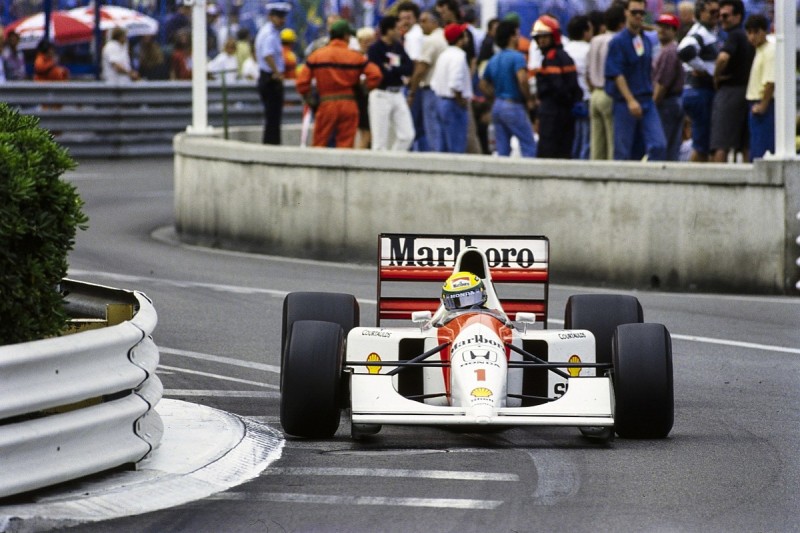 "I got into second place that way. But the problem was to stop the car before Mansell turned in because I was coming so quickly that I thought he might not have seen me. But it worked out okay and it was a good manoeuvre - the only chance I had to make a place."

Although Mansell was quickly gone, pulling away at around a second a lap - he had been 0.8s clear of Patrese in qualifying and 1.1s ahead of the best non-Williams - Senna in second place was already thinking of the long game.

He knew that he needed to balance out going as quickly as possible while also ensuring he didn't burn out his tyres; if Mansell did hit trouble then he needed to be ready to pounce.

"I didn't know how I would keep the lead. I had to use all my knowledge about Monaco, and it was really exciting"Ayrton Senna

"I knew there was no way I could beat him [on pace]," he said. "It was impossible with the superiority of his car.

"But you never know what can happen at Monaco. So what I tried to do was go hard enough to be in a position to benefit if anything happened to Mansell. Already early on, I was planning for the late race."

At some point Senna knew he needed to save his car and his tyres, but it was hard for him to maintain focus and attention.

"I screamed at myself: pay attention, concentrate, don't get distracted, you idiot," he recalled.

Senna's efforts paid off on lap 71 of 78, when the hoped-for stroke of luck at last came his way. Going through the tunnel, Mansell had a sideways moment and believing he had a puncture (it was later suspected to be a loose wheel nut), he radioed to the pits for a change of tyres.

Having been caught on the hop, Williams' turnaround was hardly super-fast. Matters were not helped by Mansell stopping at a slightly crooked angle in the box, owing to having only three wheels working; nor by a subsequent delay changing the right rear Goodyear. 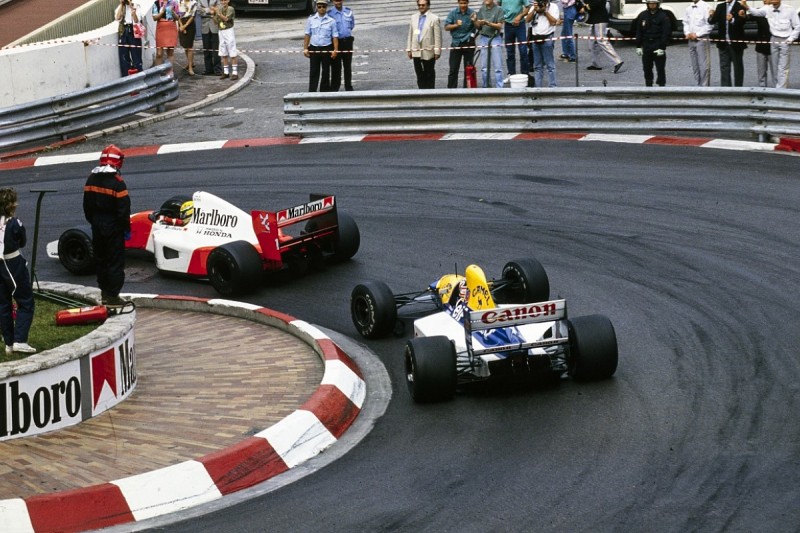 Senna therefore inherited the lead and Mansell's charge began with seven laps to go. From more than five seconds adrift, the gap came down to 4.3s, then 1.9s - and with three laps remaining they were nose to tail.

But despite Mansell having the luxury of the best car and fresh rubber, Senna played a strategic blinder. He positioned his car exactly where was needed to close off any overtaking attempt, despite some theatrical lunges and alternative lines from Mansell.

In the end the laps ran out, handing Senna a sensational fourth Monaco win in a row and his fifth in total.

Speaking after his first defeat of the 1992 season, Mansell said: "I must compliment Ayrton because he pretty well second guessed every move I tried to do. He was very fair and he is entitled to do what he did."

Senna was also surprised at having managed to pull off those nerve-wracking final three laps and overcome the hitherto unbeaten 'Il Leone', as Mansell had been nicknamed during his Ferrari years.

"When I took the lead my tyres were very worn-out, and I expected Nigel, who had new tyres, to catch up to me very quickly," he said.

"I didn't know how I would keep the lead. I had to use all my knowledge about Monaco, and it was really exciting. I knew Nigel was going to try everything to pass me, and he was faster everywhere in the circuit.

"So, I tried to stay on the inside at corners. On the straights, the car felt like a dragster, with the wheels spinning in second, third and fourth gear. But I won and it felt good to tame the Lion." 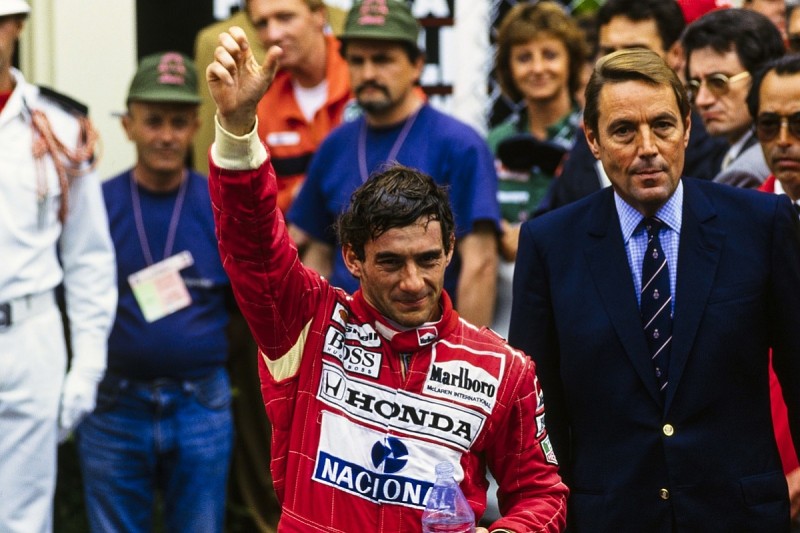