All the money raised by the championship, which features 40 drivers including BRDC members and drivers from the BRDC's SuperStars and Rising Stars programmes, will go to the National Health Service.

Practice pacesetter Hoggard beat Rowland to the first pole position of the championship, with British GT Championship racer Sandy Mitchell the third-fastest in the Formula 3-machinery.

It was Nissan e.dams driver Rowland who wrestled the lead from Hoggard on the run to Turn 1 on the first lap of the 25-minute race.

However, on the second lap 27-year-old Rowland ran wide onto the grass on the exit of the high-speed Maggotts-Becketts complex and handed the lead to Hoggard.

Hoggard was subsequently able to build a comfortable race lead while 2011 BRDC Young Driver Award winner Rowland jostled with the cars behind for second place.

Hoggard won the race while Rowland managed to hang on to second place after briefly losing the position to British GT4 racer Jordan Albert.

Albert - who made his full car racing debut in the 2014 BRDC British F4 season which was won by Formula 1 ace George Russell - was demoted outside the podium positions in the final minutes of the race. 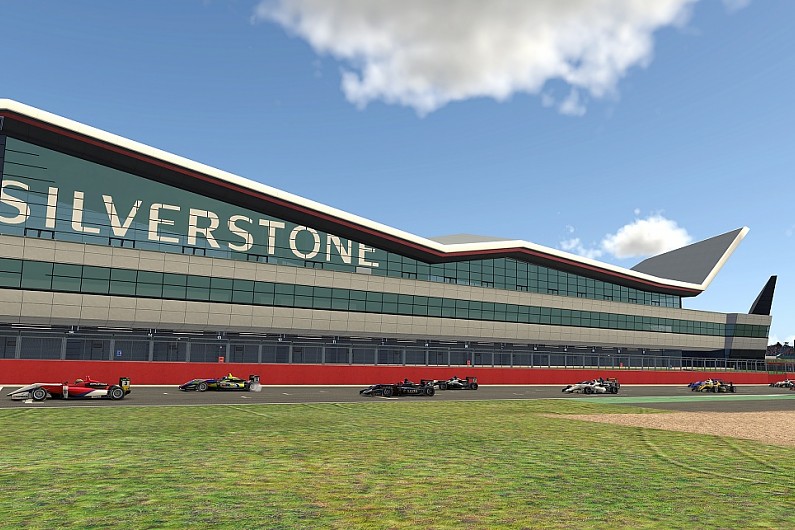 Reigning Porsche Carrera Cup GB champion Daniel Harper stormed from 10th on the grid to take the final place on the podium ahead of British Touring Car Championship race-winner Tom Ingram and Albert.

Ex-Formula 1 driver Will Stevens was involved in multi-car collision in the opening laps which affected a number of drivers.

The incident was triggered by McLaren GT factory driver Ben Barnicoat running into the back of Stevens on the entry to the right-hander Village.

The second round of the series will take place at Monza.