The 22-year-old Brit is best known for becoming the 2019 eROC champion as well as been one-third of the inaugural Le Mans Esports Series winning team.

Baldwin triumphed from 10 hand-picked sim racers, who are each champions in their respective disciplines.

The gamers were tasked with two-weeks of challenges, held across iconic American locations such as Las Vegas and Yellowstone National Park.

Baldwin's previous real-life racing experience is limited to karting and Formula Ford, but he will now embark on a GT campaign next year, with the exact details yet to be released.

"It feels surreal to be the World's Fastest Gamer," Baldwin said.

"I don't believe it yet, and I won't believe it for a few days. My whole career, my whole life almost have revolved around racing. This makes it all worth it.

"The last 12 days have been an absolute pressure cooker. But, that's the point of it, to train you to be a racing driver.

"It's also been amazing even off track because I was able to meet some amazing people, the other competitors of course, and the production team and everyone involved in World's Fastest Gamer, plus meeting my hero, Juan Pablo Montoya, it's just been a dream come true.

"Being confident in my abilities and not overthinking is what I'll take away from this competition, and what I'll take into the racecar next year as well." 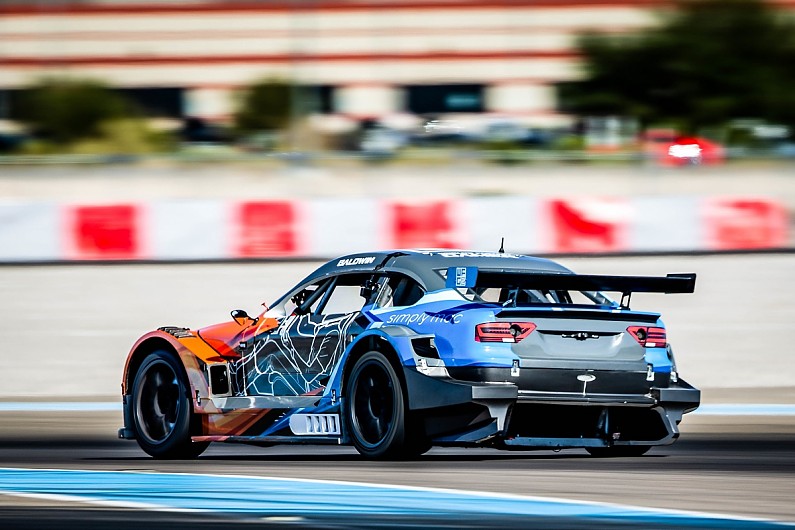 Montoya explained the decision to award the $1million prize drive to Baldwin.

"One of the things that really drove me to decide on James personally is that he was just a little more complete," Montoya said.

"Whenever James got out of the car, when things weren't perfect—like today with the one-lap shootout where he made a mistake and ended up second—he owned up to his mistakes but was still confident in himself.

"Today, he made a mistake in qualifying but thought his race pace would be better than the competitors.

"It might sound cocky, but it's important that he's confident and believes in his ability.

"He's grown a lot over the course of this competition. The big thing with him is that he really wanted to learn.

"He takes advantage of everything you tell him and applies it and that made a big difference."

Sim racing veteran Maximilian Benecke was the only finalist of the four to not have any prior real-life racing experience.