Dan Ticktum has credited his Carlin team for a quick throttle motor change on the grid for enabling him to score a Formula 2 podium in an eventful race two at Monaco.

The Briton admitted he thought his race was over before it had begun after a suffering a throttle motor failure on the laps to the grid.

However, his Carlin team sprung into action to change the component in a matter of minutes, which ultimately allowed the Williams Formula 1 development driver to surge from fifth to second behind race winner Liam Lawson in damp but drying conditions.

“Eventful is definitely the word I would use to sum up my morning,” said Ticktum.

“The throttle motor failed on the laps to the grid so I thought that was us out to be honest. I know you can change them pretty quickly but not five or six minutes quickly, but the boys managed to get it done.

“A massive thank you to them for enabling me to get going and then get on the podium. It is a very valuable 12 points that I might need later in the season.”

Ticktum found himself in third at the end of the opening lap but had to pull off a well-judged move on Oscar Piastri at the Nouvelle chicane to claim second.

As the track dried the Briton closed up on Lawson but dropped back after a brush with the wall damaged his steering, leaving him thankful for a late safety car that offered some respite before the finish.

“I got a very good start, I was very conservative with the clutch, I just tried to pull away like you would out of a car park,” he added.

“For the first seven laps I was just watching these two [Liam Lawson and Oscar Piastri] having a great time. In the middle of the race when I was starting to come at Oscar quite quickly, that was when my car was strong.

“I came at Liam quickly but in doing so I did use up the [wet] tyre a lot.

“A lap before the safety car came out I hit the wall quite hard on the exit of tabac and bent the whole of the right of the car. The safety car save me a bit really so I was a bit lucky there, but I was going for it, I wanted the win.

“I’m just happy to be second from fifth at Monaco where you can’t overtake, but I proved that wrong I guess.” 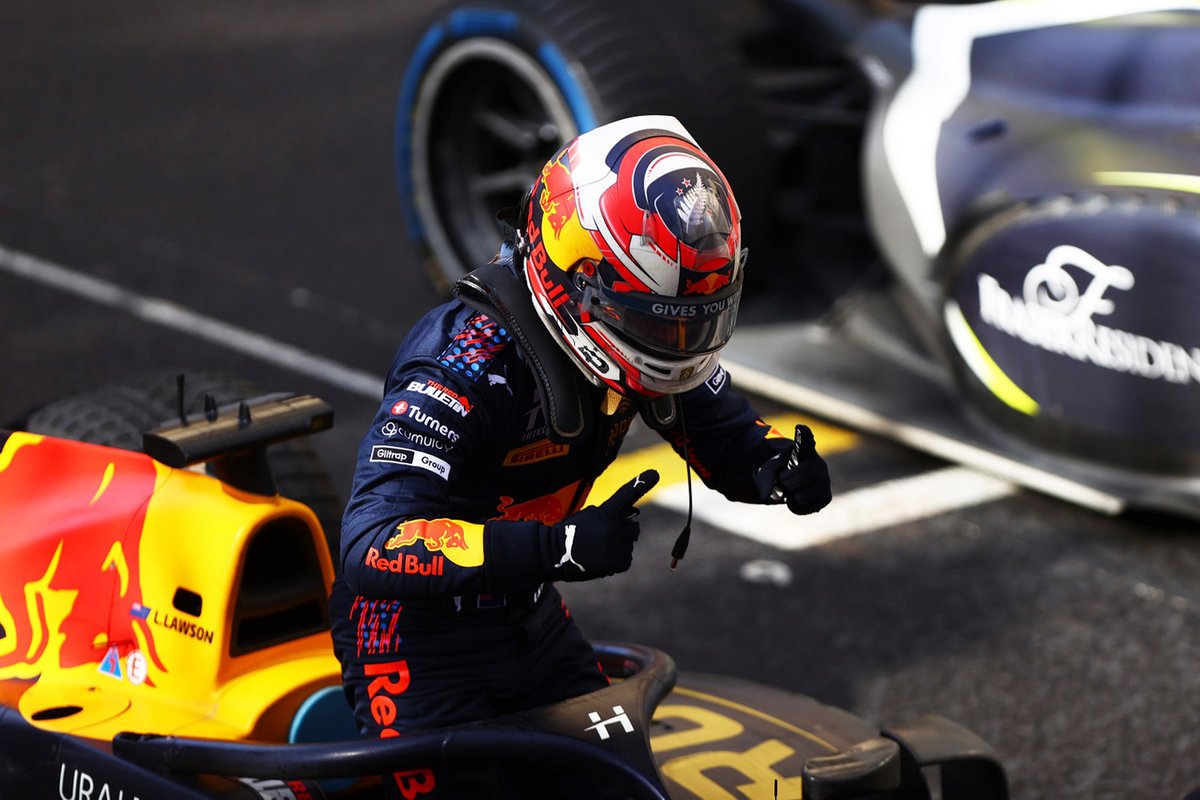 Lawson: One of my hardest and most satisfying races

Meanwhile, race winner Lawson revealed the race was one of the hardest but most satisfying of his career.

The New Zealander managed his wet tyres superbly in the tricky conditions to take his second win of the season and in doing so achieve a childhood dream of winning at Monaco.

Ticktum will start fourth for this afternoon’s 42-lap feature race with Lawson back in 12th spot.