The MP Motorsport driver excelled in the early part of the race, which featured wet conditions, as he rose from 14th on the grid.

As the track dried he hung on to score the team's second podium in as many rounds, but after the race his car was deemed to be non-compliant with the regulations.

An F2 statement read: "It was determined that car #9 was in breach of the technical regulations having failed to comply with the tyre pressure specifications.

"All four tyres were below the minimum tyre pressures specified by the tyre manufacturer and, as a consequence, Roberto Merhi has been disqualified from the final results having finished in third place." 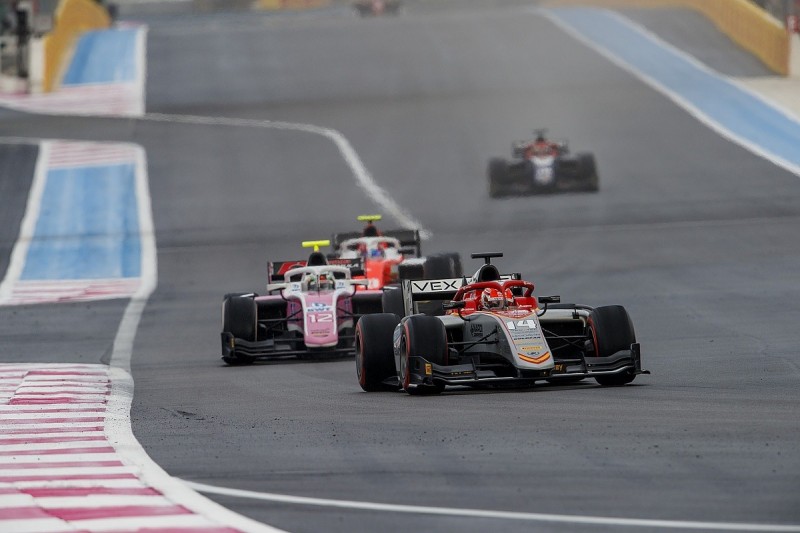 The decision means Luca Ghiotto takes a podium despite two spins at the entry to the circuit's main straight, which preceded a brilliant recovery drive to fourth on the road.

Nicholas Latifi had fought tooth and nail to secure eighth overall and the reversed-grid pole in a last-lap duel with Tadasuke Makino, but Latifi now moves up to seventh with Honda junior driver Makino inheriting the prime position for Sunday's race.

MP Motorsport's loss of an F2 podium follows its GP3 drivers Dorian Boccolacci and Niko Kari being disqualified from first and fifth in their race earlier on Saturday having been unable to give the required fuel samples.