Norris fought through the pack in the wet to advance from sixth to the lead, and then extended a 14-second margin over Carlin team-mate and polesitter Sergio Sette Camara before pitting on lap 16 of 34 to switch to dry tyres.

While his early dry laps were strong, Norris then began to fall back and was passed by eventual winner and fellow McLaren junior Nyck de Vries, and almost fell into the grasp of Antonio Fuoco and Sette Camara.

Norris told Autosport he did not know if the wing breakage occurred in the wet or the dry but insisted it had hampered his performance.

"The broken wing plays a massive part here," said Norris, who converted seventh on the grid in Sunday's sprint race into fourth.

"There's a lot of high- and medium-speed corners, even in the slow speed corners the wing makes a big difference.

"You see people struggling with the rears, but it can be even more costly if you lose the fronts.

"From looking at the obvious things, the wing was the biggest thing that screwed me up."

Norris added he had not opted for a full-wet set-up, which was initially thought to be the reason his pace dropped away once the track dried.

"There were small changes here and there for the wet, but it wasn't like we gambled on a massively wet set-up," he added.

"I was on the same set-up as Sergio, so I think I was doing a really good job in the wet, I was just doing different lines to everyone and it was paying off. 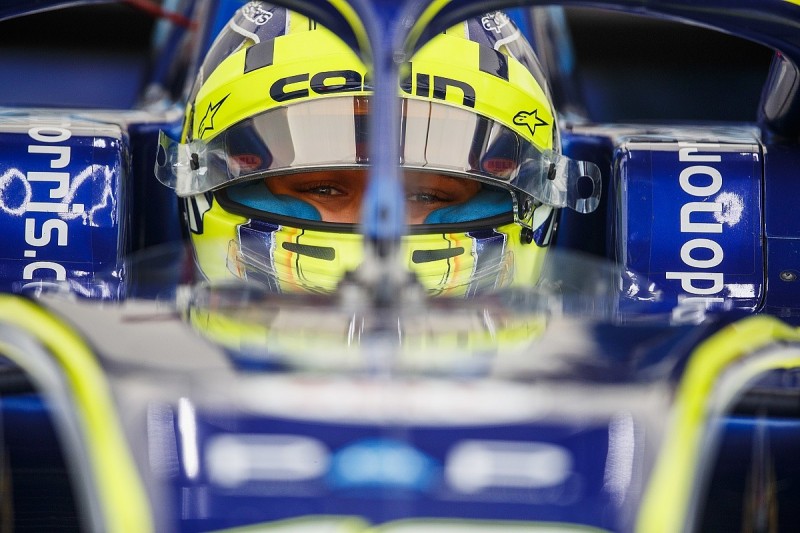 "In the dry, the first few laps were not too bad, but all of a sudden we lost a lot of pace.

"The front tyres were getting destroyed and there was nothing I could do.

"Sergio was really good in the dry and there was nothing massively different [for Norris] other than front wing."

After the sprint race on Sunday, Norris said he was frustrated to have missed a chance to win the day earlier, after title rival George Russell retired with a clutch problem.

"That's how yesterday should have been," said Norris after Sunday's feature race. "Compared to Nyck, we were quite a bit quicker.

"Compared to Sergio we had good pace as well.

"It's frustrating to know how good the pace was today [Sunday] compared to Nyck.

"He wasn't even the fastest yesterday, his team-mate [Sean Gelael] was faster than him for most of the race.

"My contrast of being so bad made him look good!

"Sergio was as faster than him before I started backing Sergio up."

With a second and a fourth, Norris has reduced Russell's lead from 37 points to 12 ahead of the summer break.