The 17-year-old - the winner of the 2016 McLaren Autosport BRDC Award - took the lead of the F3 rankings with three rounds remaining last weekend at Zandvoort, where he took two victories to take his season tally to seven.

Sources in the paddock at the Dutch circuit indicated that he is leaning towards a move to Prema for 2018.

Norris tested for the Italian squad's sister operation Prema Powerteam in F3 last autumn, before doing a deal with Carlin for 2017.

Both Prema and Norris's management played down the speculation. 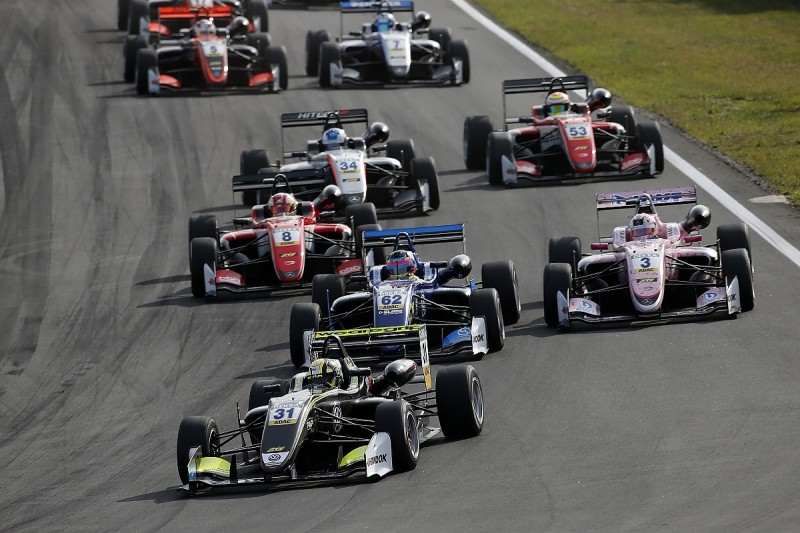 Although Prema is closely linked to the Ferrari Driver Academy by running many of its drivers, and Norris is a McLaren-Honda protege, this should not affect his chances of securing a seat with the team.

FDA prospect Guan Yu Zhou, for example, raced for Motopark in F3 in 2016 as team-mate to two Red Bull juniors.

A move to Prema for Norris would tie in with the opinion of BRDC president Derek Warwick.

In a feature about Norris's startling McLaren F1 test at the Hungaroring this month, published today in Autosport magazine and available online tomorrow, Warwick said: "I think he is ready for F1, but if I was his management team I would put him at Prema in F2 for 2018 because another year of top-line racing would do no harm, and there are no gaps in the market."