Lando Norris believes his 2018 Formula 2 campaign has been his "worst season ever", as the McLaren junior seeks a turnaround to force his way into Formula 1

McLaren has received three approaches for Norris - who after 14 races is second in the F2 drivers' standings in his rookie season - from teams wishing to put him in an F1 seat this year.

But the reigning European Formula 3 champion believes multiple mistakes have cost him the championship lead, which was claimed by George Russell in Austria who then extended the gap to Norris to 37 points at Silverstone earlier this month.

"I think it's by far been my worst season ever," said the 18-year-old Carlin driver.

"However good second in the championship sounds, I think the amount of mistakes I've made, the problems, everything we've put together has by far been the worse.

"It's the mistakes I've made. This is the year where I need to be the opposite of that, I know I can do loads better and that's what's so annoying, I know, for a fact, I can do so much better.

"I'm making mistakes for no reason.

"Hopefully I've learned from everything I've done so far and I can be on the rise again."

Norris said overusing his Pirellis early in the Austria feature race, which resulted in him slipping back, and a crash in Monaco qualifying (pictured below) had been his biggest mistakes. 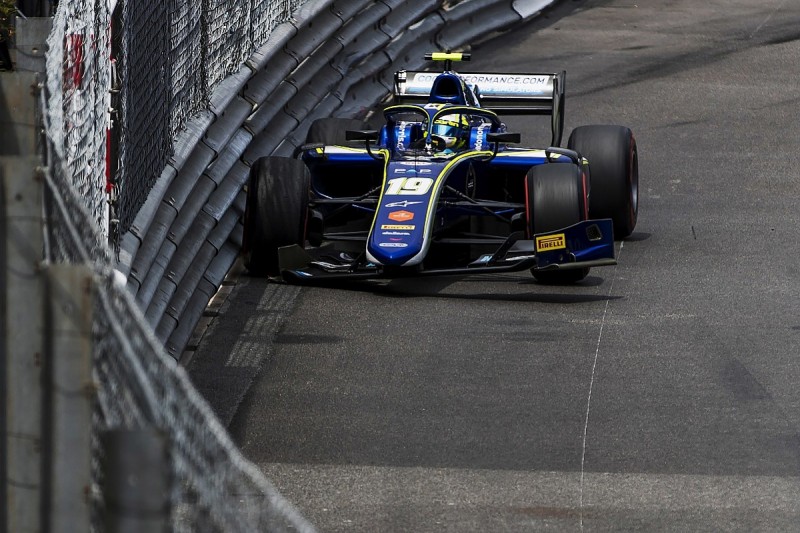 Carlin has also struggled in qualifying at times.

Mercedes F1 junior Russell outscored Norris in both Silverstone races, with Norris stalling in his pitbox in the feature race and finishing 10th.

Problems with the new for 2018 F2 car's clutch have affected most drivers, but Norris's issue was his third clutch-related one of the year after problems in Baku and at Paul Ricard.

"I stalled, simple as it gets," he said.

"It's an error from me because there's the possibility of doing a very slow pull-away, slipping the clutch as much as possible.

"I came in just behind [Arjun] Maini and when there's an opportunity you can overtake them in the pits, you don't react like you're on a road, just driving.

"You react a lot quicker, but even then, it wasn't like I just dumped the clutch.

"It just bit and that's it, I could do nothing."

The Brit did recover in the sprint race, overtaking seven cars to take a podium - including a brilliant move around the outside of Artem Markelov and Nyck de Vries at Vale.

"We were able to improve a little bit more, we were very similar to George through the race," he added.

"I just had to push a tiny bit harder to overtake one more guy. It was a clean race with no problems."