Sean Gelael will remain in Formula 2 in 2019, and has re-signed with Prema Racing to partner rookie Mick Schumacher

The upcoming campaign will mark Gelael's fourth full season competing in F2 and its predecessor GP2.

He will also drive for the Italian team alongside Schumacher in all three days of post-season testing in Abu Dhabi on November 29-December 1.

"We are delighted to continue working with Sean for the new season," team boss Rene Rosin said.

"He scored promising results in 2018 and also proved to be a really valuable asset for the team thanks to his true dedication.

"He is the first driver to return for a second season since we started our Formula 2 programme [in 2016] so it will be interesting to understand the dynamics, but we are sure the benefits will be there as well as the results."

Gelael, who turned 22 at the start of the month and has been a junior single-seater regular since 2012, finished 15th in the drivers' standings for the third year running in 2018. 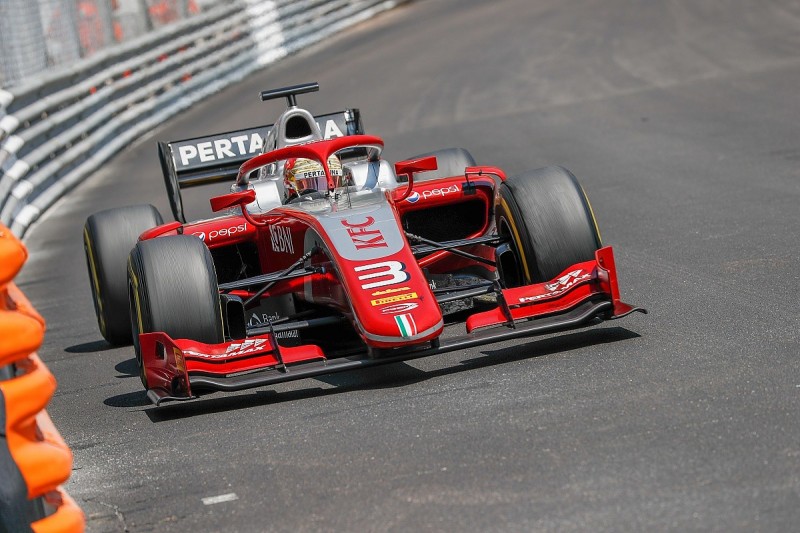 He scored a second-place finish in the Monaco feature race, having previously stood on the podium two years before at the Red Bull Ring.

"This has been an up-and-down season," Gelael conceded.

"The start of the year has been strong but from the middle onwards it turned a little gloomy.

"We know what we did wrong though, and what we need to do better and there's quite a lot of unfinished business.

"I'm happy that the team put forward the trust in me to make an even better job next year."