Oscar Piastri took pole position in FIA Formula 2 qualifying at Silverstone, beating championship leader Guanyu Zhou to the top spot as the session was ended by a red flag.

The Prema Racing driver set the quickest time of 1m39.854s just ten minutes into the 30-minute qualifying session, taking his first ever pole in the series.

Zhou finished in second for UNI-Virtuosi, two tenths behind the leader, with Richard Verschoor putting his MP Motorsport car in third for Sunday’s feature race.

Dan Ticktum, who topped this morning’s practice session for Carlin, will start fourth, while Theo Pourchaire (ART Grand Prix) took fifth place in his first outing since fracturing his arm in a collision in Baku.

ART's Christian Lundgaard was first out of the pits looking to improve on seventh place finish in this morning’s practice session. 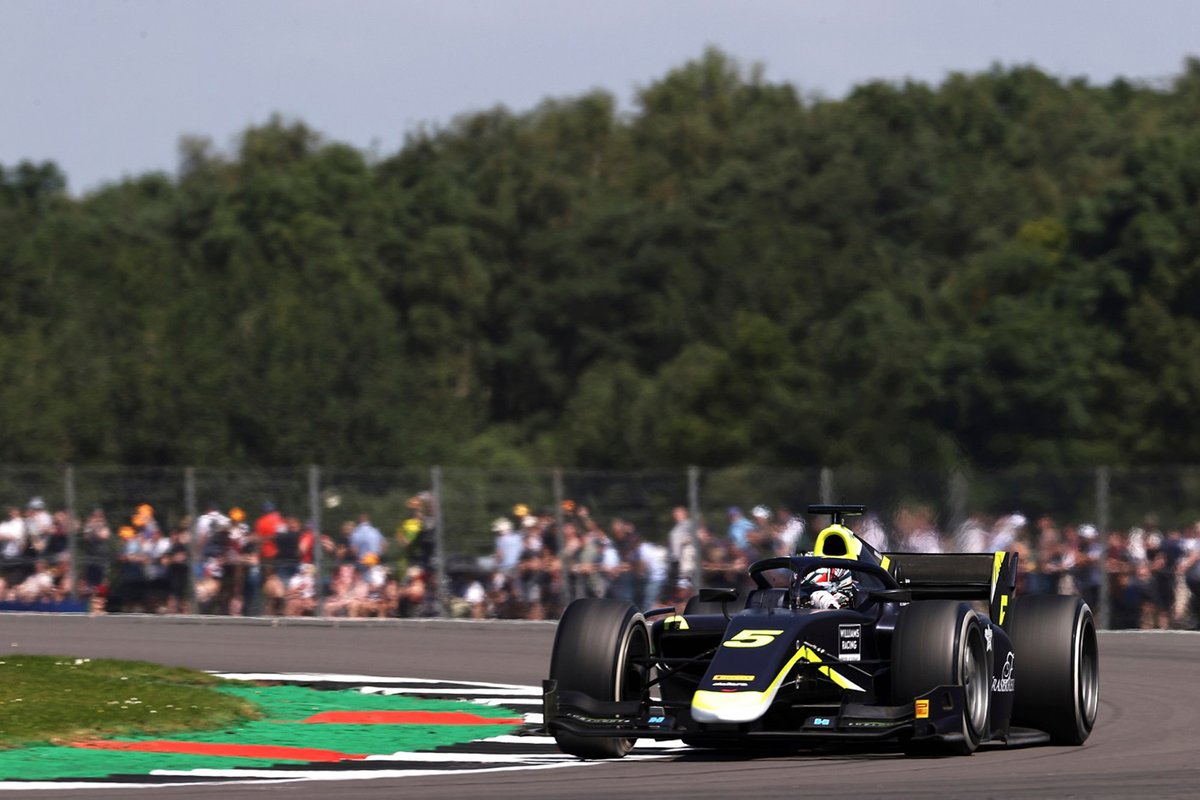 Drugovich was quickest after the first runs, setting a 1m40.692s, with Verschoor in second just three-hundredths behind the leader.

Piastri was first to break the 1m40s barrier ten minutes into the session, setting a 1m39.854s to take the top spot almost half a second ahead of second placed Ticktum.

Returning after a change of tyres and with 12 minutes left on the clock, Lundgaard got out the garage first again as the rest of the field followed, with just a second separating the top 11.

With just two minutes to go, Shwartzman spun off at Stowe and into the gravel, ruining his chance to improve from seventh place and prompting a red flag, ending the session early.

The grid for Saturday afternoon’s second sprint race is determined by reversing the results of the first sprint race.