DAMS Formula 2 boss Francois Sicard has dedicated the teams' title won in Abu Dhabi to Jean-Paul Driot, the team's founder who passed away in August this year

Driot founded the team in the late 1980s and no fewer than 30 Formula 1 drivers have reached the precipice of the sport having raced with the team, which will become 31 next season when Nicholas Latifi graduates from its F2 set-up to to Williams.

With Latifi and McLaren test and development driver Sergio Sette Camara, the team secured the teams' title in Saturday's Abu Dhabi F2 opener, clinching with one race to spare.

"It's been too long, far too long," Sicard told Autosport following the teams' first equivalent title at this level since 2014.

"So it was really important to catch up.

"The level in F2 is very high, and for us we are even more emotional after the season, and the passing of Jean-Paul.

"We have big thoughts of Jean-Paul.

"He was such a competitor, the only way to honour Jean-Paul was to carry on with the momentum, carry on winning and clinching the title.

"Jean-Paul has done so much for the team.

"Everyone was happy, every one was thinking of him tonight.

"There's no nicer way to win the title by winning, Sergio has been incredible, he's done a great race.

"We still have something to fight for tomorrow with the drivers' championship, we drink a little tonight, not so much, as we have to work on tomorrow's race.

"Very happy at how we won this title." 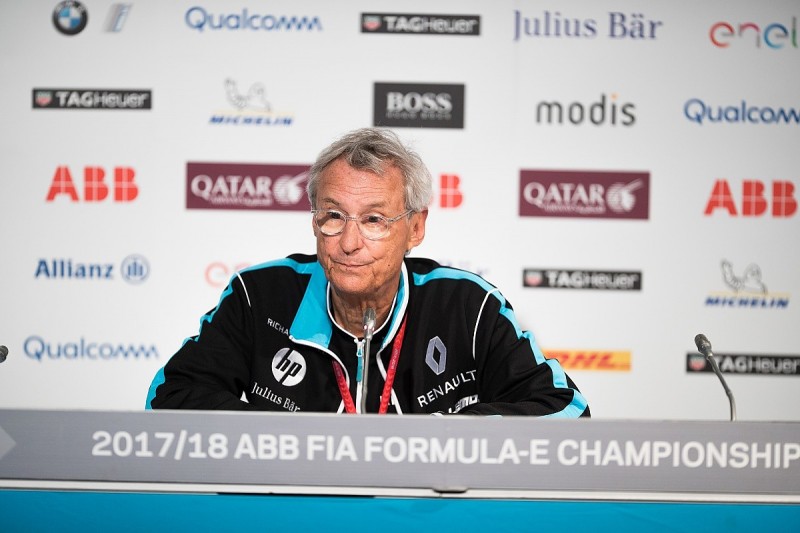 Since Driot's passing, his son's Olivier and Gregory have taken over the running of the Nissan e.Dams Formula E team, and both were on hand to witness the team lift the trophy.

Olivier, who was involved at F3000 and Le Mans level with the team, went to collect the teams' trophy on the podium in Abu Dhabi.

"I wanted Olivier to join on the podium," added Sicard to Autosport.

"Since they were a child, they followed the path of their father and this is for sure something for Olivier and for Greg.

"Very happy, they are very supportive in the same way as their dad, it's nice to give this back."

Latifi's F2 graduation signifies the end of a four-year stint with the Le Mans-based team for the Canadian driver.

Sicard paid tribute to Latifi's contribution of four wins and two fastest laps which helped clinch the title, as well as thanking Sette Camara for his year of service after joining from Carlin for 2019, who also won the teams' title with Sette Camara in 2018 alongside McLaren driver Lando Norris.

Asked about Latifi's contribution over four years, Sicard told Autosport: "We helped him to improve but also he helped the team to improve, it's a very nice story with Nicky, four years together.

"Not only is he a great driver, he's a great sportsman.

"Without him for sure it was impossible to clinch this title.

"Thank you to both Nicky and Sergio for this very special year.

"We are still going to fight tomorrow to secure P2, P3. Maybe it is too greedy but we want to be greedy."

With victory in the feature race on Saturday at the Yas Marina circuit, Sette Camara took third in the championship from Luca Ghiotto.