The Red Bull junior started third, but took the lead on lap 9, before finishing three seconds clear of second place Charouz Racing System’s David Beckmann, who had started on pole.

The chaotic race, which was the 100th of F2’s modern era, saw two safety cars and six cars did not finish after multiple collisions.

Star performances came from Hitech Grand Prix’s Liam Lawson, who finished in seventh having started 20th, and Carlin’s Dan Ticktum, who made his way back up to sixth despite starting the second lap in last place.

The new format, which reverses the top ten finishers of Saturday morning’s sprint race, meant Viscaal started on pole, with Beckmann in second and Vips in third.

Ticktum and UNI-Virtuosi’s Guanyu Zhou came together after a lock-up at Turn 1, ending the latter’s race, and the incident will be investigated after the chequered flag.

MP Motorsport’s Lirim Zendeli also went off into the escape road at the same turn on the first lap, ending his race. 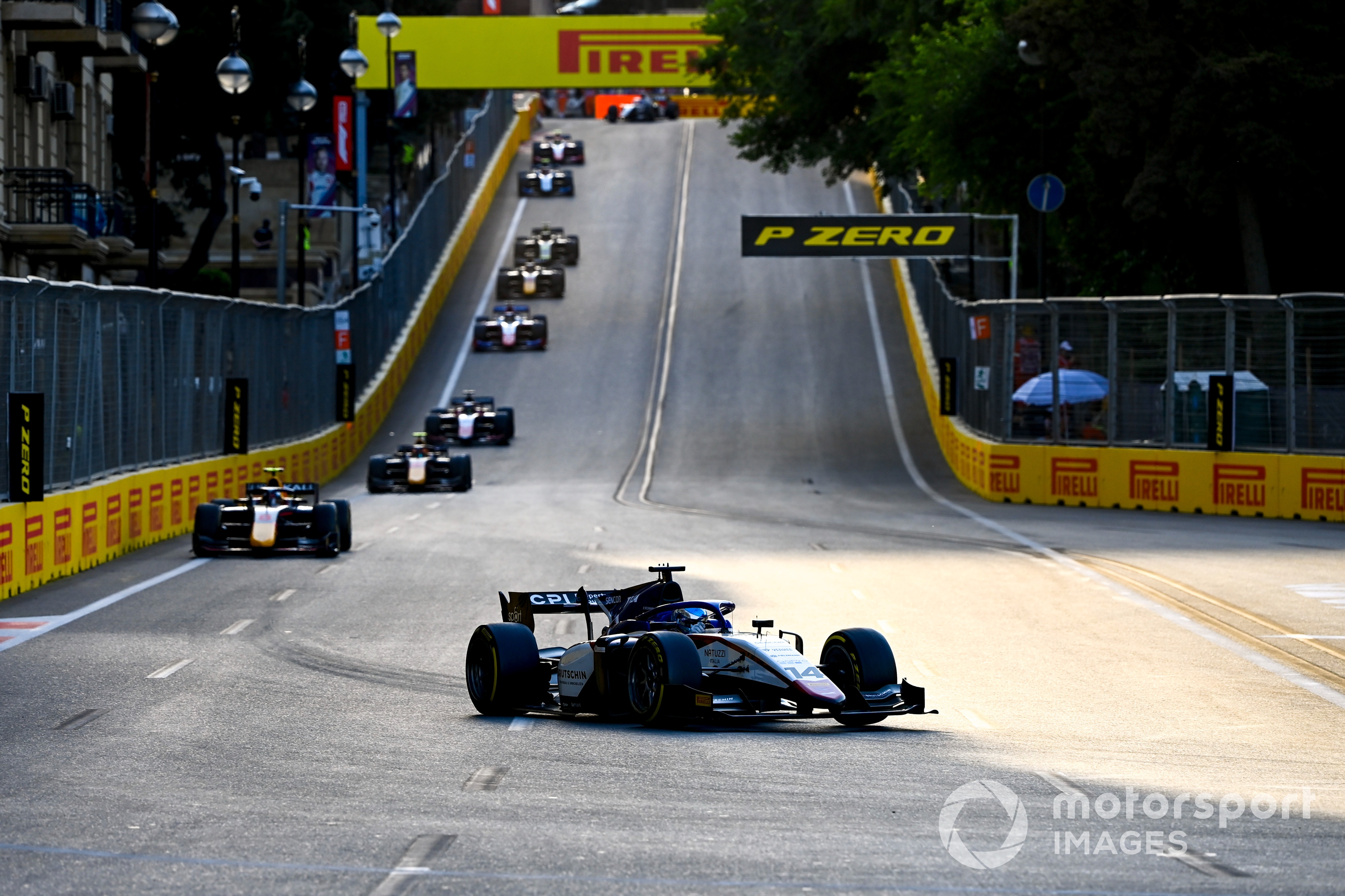 These incidents prompted the safety car to be deployed, staying out for two laps.

The restart on lap three allowed Beckmann to snatch the lead from Viscaal a few corners later, with this morning’s race winner, Prema Racing’s Robert Shwartzman, making up four places to run in sixth.

Pourchaire also pitted for the previous front wing damage as the safety car headed back in.

By lap four, Ticktum had made another charge through the field, making his way up to 12th despite the first lap collision leaving him at the back of the pack.

MP Motorsport’s Richard Verschoor was left in the wall on lap six, ending his race, after team-mate Roy Nissany clipped the back of his car.

The incident prompted another safety car and forced Nissany to pit for front wing damage before he was handed a drive-through penalty for causing a collision.

When racing restarted for a second time on lap eight, ART Grand Prix’s Christian Lundgaard was squeezed into the wall as cars entered Turn 1 three-wide, ending his race.

Seconds later, DAMS’ Marcus Armstrong also ended up in the barriers amid the battle for fourth with Viscaal, locking up with cold tyres and also forcing his retirement.

Vips took the lead from Viscaal on lap 11 with help from DRS, maintaining his lead to the chequered flag.

Lawson starts tomorrow’s feature race on pole, with Vips in second and Piastri in third.

Pourchaire will line up fourth, with Ticktum in fifth and Armstrong sixth.