Prema Racing’s Robert Shwartzman took a convincing victory in the first FIA Formula 2 race of the weekend in Baku, leading every lap for his first win of the season.

The highest placed returning driver this season started from pole at the Baku City Circuit after the top 10 drivers in qualifying were reversed and finished over five seconds clear, with the bonus points for the fastest lap, after a race which saw four retirements by the second lap.

Second placed Dan Ticktum started sixth but stormed through the field to take his third podium of the year for Carlin.

Series leader Guanyu Zhou finished in third, the UNI-Virtuosi driver's fourth podium of the year, while Carlin’s Jehan Daruvala slipped back from second to finish fourth.

ART Grand Prix’s Theo Pourchaire continued his strong form from Monaco, making up places on the last lap to finish fifth and move up to second in the standings.

The start proved hectic as the yellow flags came out almost immediately due to several separate incidents.

Jack Aitken’s HWA machine was squeezed into the wall at Turn 1, causing the Williams Formula 1 reserve to spin and end his race on the spot, while his team-mate Alessio Deledda was out at Turn 2 after running wide into the escape road.

Meanwhile UNI-Virtuosi’s Felipe Drugovich was handed a 10-second penalty for causing a collision after nudging Oscar Piastri (Prema) into Liam Lawson, the Hitech driver ending up in the wall at Turn 2.

The incident, which brought out the safety car, put qualifying pace-setter Lawson out on the spot and caused Piastri front wing damage which forced him to retire a lap later. 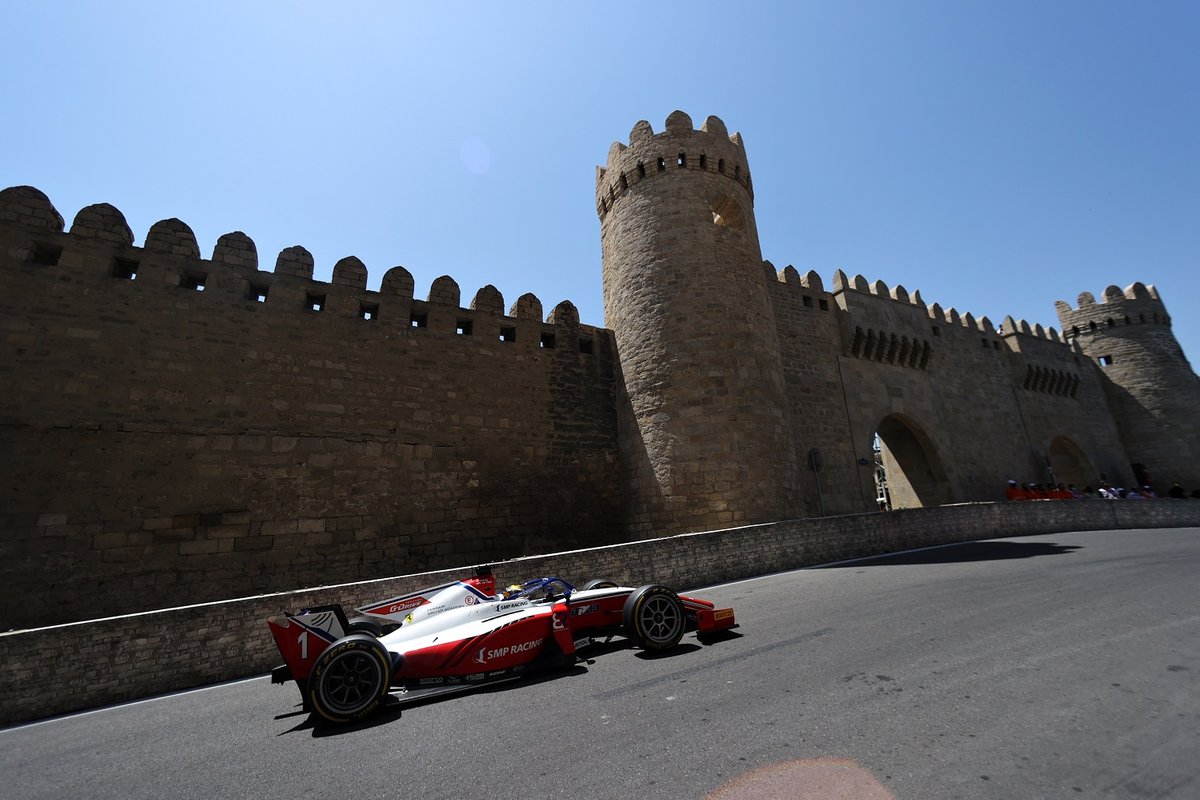 The safety car came in on lap four, leaving Shwartzman in control of the field ahead of Daruvala and Zhou.

By lap 10, Zhou had passed Daruvala and was up into second, putting pressure onto Shwartzman, before being passed himself by a charging Ticktum.

Shwartzman had built up a four-second lead by lap 14, before the field settled into a rhythm for the last few laps.

Armstrong had been sitting in fifth, but was passed by Boschung and Pourchaire in the last two laps, leaving the Kiwi to finish seventh.

The top 10 was completed by Vips, David Beckmann (Charouz) and Bent Viscaal (Trident), which means the latter will start on pole for race two - which features a reverse of the top 10 finishers from race one.

Bolukbasi fined after paddock altercation between his father and Nissany's trainer