Alexander Albon says his focus is on this weekend's Abu Dhabi Formula 2 season finale, and not on off-track talk linking him to a 2019 Toro Rosso Formula 1 seat

DAMS racer Albon trails ART Grand Prix's George Russell - who will drive for Williams in F1 next year - by 37 points with 48 in total on the table this weekend.

Albon had signed a multi-year deal with the Nissan e.dams Formula E team for 2019, but did not drive in the series' pre-season tests as Red Bull attempted to sign the British-born Thai driver for its Toro Rosso seat in place of Brendon Hartley.

Toro Rosso has already confirmed Daniil Kvyat will rejoin the team from Ferrari for 2019, and a formal announcement on Albon's plan is yet to materialise.

Red Bull and Nissan negotiating over the driver's future, but the 22-year-old says his focus is on pressurising Russell.

"I'm focusing on the job in F2 this weekend," Albon told Autosport. "We do our job, we do the best we can do.

"I won't let anything distract me from that, I don't pay too much attention to what's happening outside of my job.

"I think we can be quick in Abu Dhabi with our package. We'll keep our heads down and see how we do.

"George is quite far away so it will be difficult. But as you've seen this year, one DNF in race one and its game on. 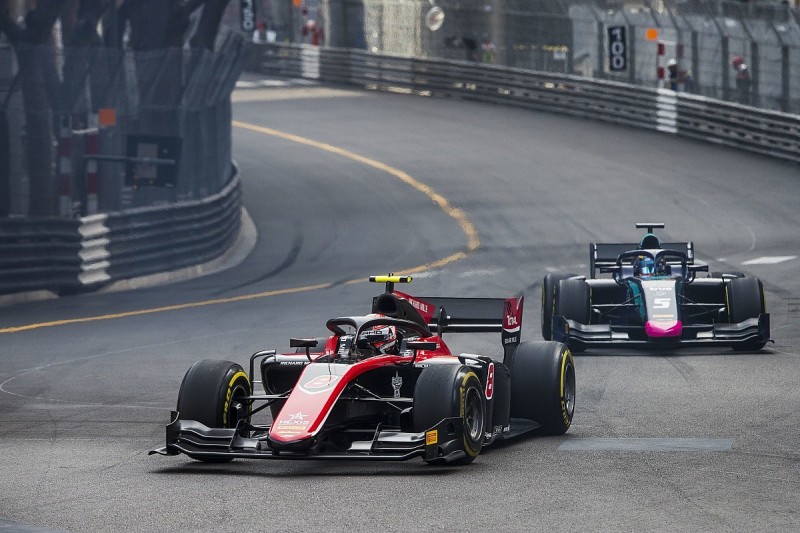 "If we do the best job we can, that puts the pressure on George then. "We're hoping for a slip-up, that's how we have to see it, and I think our race pace is getting better and better.

"We've been strong in the races recently and I'm excited for the weekend."

Albon, who has four wins and three pole positions in 2018, raced through the field from 20th to seventh in last year's Abu Dhabi feature race before equalling his best result of the year with a second in the sprint race at a track he enjoys.

He believes his DAMS squad will be better in qualifying at Abu Dhabi than in recent rounds.

All three of Albon's poles came in the first half of the season and he has struggled in recent rounds.

"We're trying to focus on qualifying as we've struggled a bit in the last few quallys of the year," he added.

"I think we've improved and I know what I have to do. There's a few ideas we had and I could have done better.

"I don't want to tell George [about what we've worked on]! "I think we'll be OK in qualifying this weekend."