Ticktum, 19, finished runner-up in the European Formula 3 championship this year, before sealing a second Macau Grand Prix win in a row last weekend.

Reigning McLaren Autosport BRDC Award winner Ticktum has travelled straight from Macau to Abu Dhabi to replace Maxi Gunther - who scored Arden's only F2 win of the season in the Silverstone reversed-grid sprint race - in the team this weekend. His participation was confirmed with the publication of the FIA's official entry list. 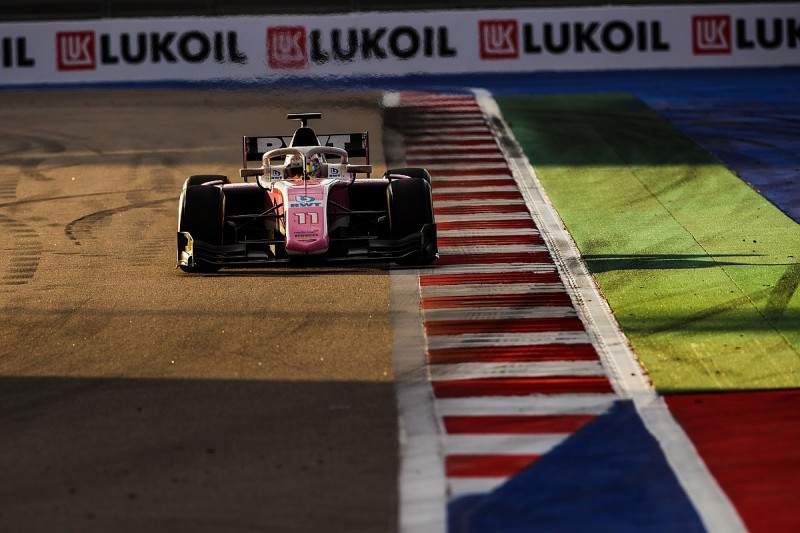 Ticktum is expected to compete in Super Formula with Team Mugen next season, and has already driven for the team this year replacing Nirei Fukuzumi when the Honda junior - who will be his Arden team-mate this weekend - had F2 clashes.

Asked about the possibility of adding an F2 programme earlier this week, Ticktum told Autosport: "I'd like to do that as well".

Both Arden's 2018 F2 drivers are leaving, with Fukuzumi set to focus on Super Formula and Gunther joining Dragon Racing in Formula E.

Ticktum has been linked with a Toro Rosso F1 race seat at times this year.

He is five superlicence points short of being eligible to compete in F1, but could attempt to get them by competing in a winter championship such as the Toyota Racing Series - which should offer seven points to its winner.

F2 title contender Alex Albon is considered favourite for the remaining Toro Rosso seat alongside Daniil Kvyat, with Red Bull believed to be negotiating his release from the Nissan e.dams FE team he had originally signed for.