GP2 racer Marlon Stockinger has returned to his former team Lotus for the Formula Renault 3.5 meeting at the Red Bull Ring this weekend

The Filipino-Swiss driver takes the seat regularly occupied this season by Meindert van Buuren, who moves across to Pons Racing alongside Manor Formula 1 racer Roberto Merhi.

There were indications of fractures in the van Buuren/Lotus relationship at the preceding meeting in Hungary, when Gravity-managed Formula 3 driver driver Alexander Albon replaced the Dutchman in Friday practice.

Van Buuren's opportunity at Pons was created when Philo Paz Patric Armand was forced to remain in his native Indonesia owing to an expired visa.

"Lotus called me up and said they wanted to cancel the contract, I heard around one week ago," said van Buuren (pictured below).

"I have a good relationship with Pons from last year, and I spoke with [team manager] Emilio [de Villota Jr] who told me that Armand has some visa problems. 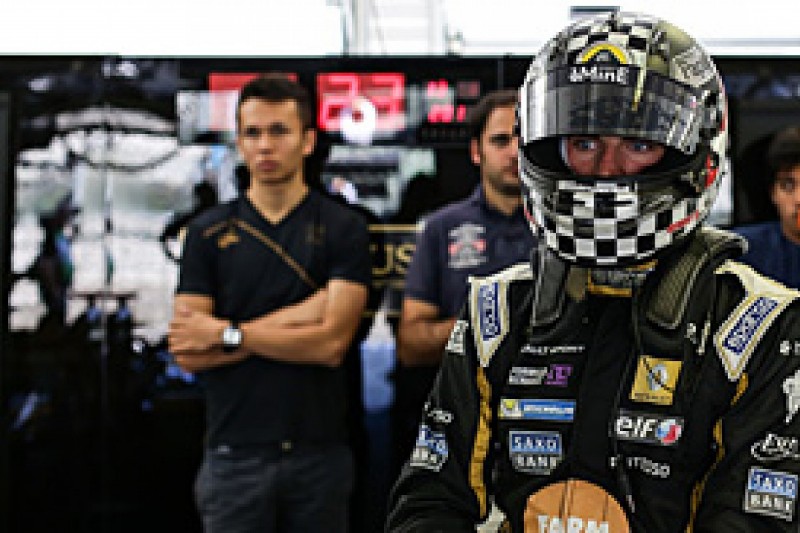 "We reached an agreement for this weekend, but beyond this race I am not sure of my plans.

"I can explain later in the season a bit more about what has happened. We go on, and I have to clear my head from all of these contract difficulties, which is not easy.

"Pons believes it has made a bit of a step from last year, and you saw that Roberto got a podium at the last race."

Status GP2 driver Stockinger's FR3.5 plans beyond this weekend are equally fluid, but Lotus's double win at the Spielberg track with Marco Sorensen in 2013 bodes well for this meeting.

"The GP2 schedule allowed me to be here after I got a nice call up from the team," said Stockinger, who participated in FR3.5 with the Charouz-run Lotus team for the past two years.

"I am just happy that they give me a chance. I don't know what the plans are after this weekend.

"In my first year here in 2013 the team won, and in both races I was in the points. The car seems to be doing really well this year, so I hope I can do the job for the team."

Stockinger has yet to score in his GP2 debut season.

"I would have expected better results by this stage of the season, but I think things are going in the right direction," he said.

"The team is always pushing, but they are a rookie team and I am a rookie driver. It would have been nice to have more experience of the Pirelli tyres."