Venturi Racing team principal Susie Wolff says she received “a lot of weird texts” that she “didn’t even know” how to reply to after the controversial opening Valencia E-Prix race.

Formula E and the FIA drew widespread criticism when only nine cars were classified in the first Spanish race after much of the 24-car field exceeded the useable energy limits.

This was headlined by three drivers stopping on track, three hitting the pit-limiter to effectively coast to the finish and a further five cars being disqualified.

By way of a response, the FIA has amended its energy reduction protocol for the Monaco E-Prix whereby no changes can be made to the limits beyond a new 40-minute cut-off to ensure drivers have sufficient capacity to regenerate energy in the remaining laps.

When asked by Autosport for a reaction to the FIA amendment, Wolff opened by saying that she had had a hard time explaining events in the Valencia E-Prix that had been “way more complicated” than they might have been.

Wolff said: “I got a lot of weird texts and in the first instance I didn’t even know what to reply.

“Of course, that [situation] wasn’t perfect but the main thing is we’ve learned from it.

“The FIA have reacted, and we won’t find ourselves in the same situation again.”

Some of this confusion owed to the cars that stopped on track. They were not out of battery, reckoned to have 40% remaining, but had instead exceeded an FIA limit.

Wolff continued: “The biggest point for me was it looked like we all ran out of energy.

“But the fact that the cars were still able to run is what confused everybody so much because there’s battery left.

“Then of course explaining the whole battery...it ended up being way more complicated than it had to be.

“But, like I said, the most important thing from my perspective is that we’ve learned from it, we’ve moved on and we’ll hopefully never see it happening again.” 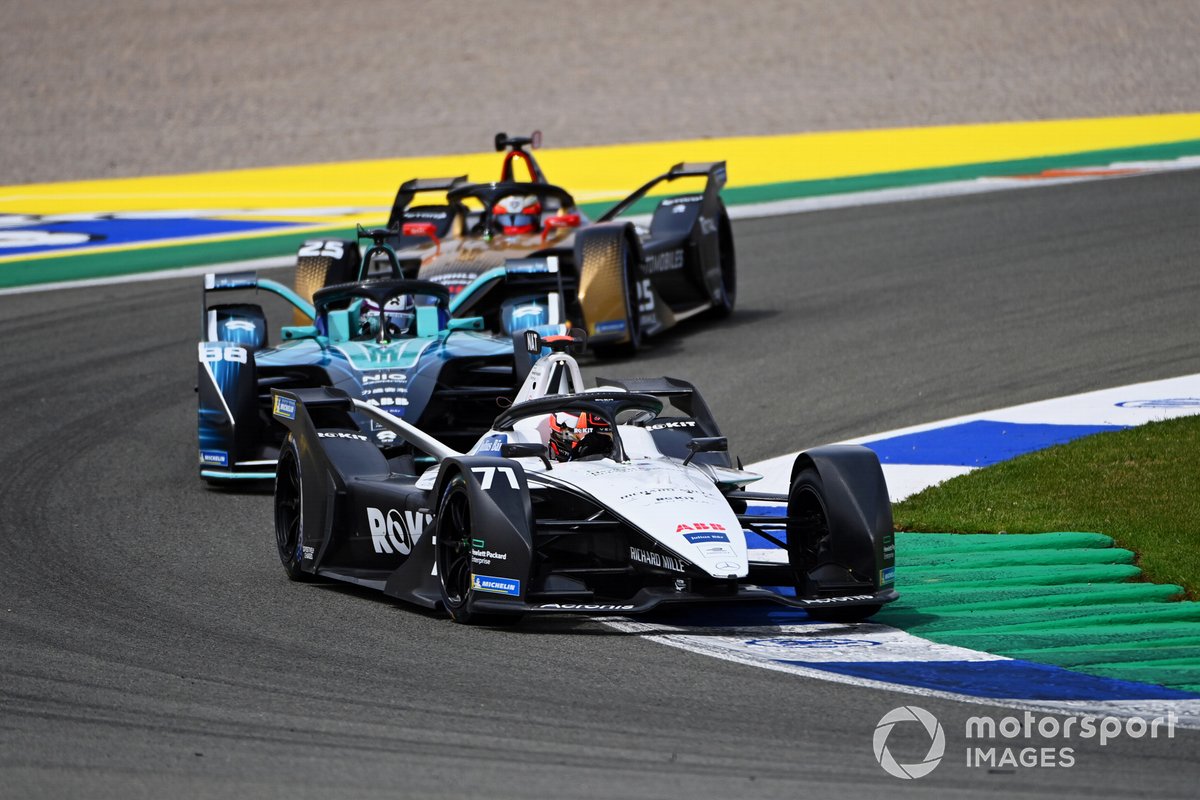 BMW Andretti team principal Roger Griffiths added that the response from the FIA had been “encouraging” and that it had come via consultation with the teams.

He said: “It’s encouraging the way the FIA has reacted.

“Also Formula E and the teams and the manufacturers were involved.

“We have recognised that Valencia didn’t work out the way any of us would have hoped.

“But what we haven’t done is just sit, ‘well it was a one-off, it will never happen again’.

“We have recognised that it could have been a little better and we’ve tried to address that.

“It’s shown that the FIA is open-minded and willing to listen, it’s shown that, as a community, we’ve tried to address the problem.

“And to try and address it in a way that it becomes more understandable to the fans that are watching on TV.”