Formula E's late changes to the Monaco layout ahead of its first race at the full circuit on Saturday have not affected sim preparations, say the drivers.

Formula E has been holding biennial events in Monaco since the inception of the championship in 2014, but this year marks the first time that the electric series will use the entire length of the circuit that also serves as the venue for Formula 1’s most prestigious race.

The track has undergone a select number of modifications to avoid direct speed comparisons with F1, with the adapted version of the track first revealed in the middle of last month.

Most notably, cars were due to take a wider line through Sainte Devote after a change to the positioning of the inside kerb, following the layout used for the inaugural Monaco Grand Prix in 1929.

However, FIA and the series have since taken a U-turn on that decision, with FE now following the same route as seen on the current F1 track configuration.

This change was made at the request of the teams and the drivers, who wanted a harder braking zone to regenerate energy and have another opportunity for overtaking.

This follows a controversial first FE race at a permanent track in Valencia last month, when drivers were left with little time to regenerate energy under braking following a late safety car period and the consequent energy deduction, leaving only nine cars to finish the race.

Elsewhere on track, the attack mode has been moved from the outside of the Loews Hairpin to Casino Square, while a new kerb has been added to the inside of the Nouvelle Chicane that follows Monaco’s famous tunnel.

While these changes have been made just a few days prior to the event, both Mercedes driver Stoffel Vandoorne and Venturi’s Norman Nato said they were able to try the updated layout in the simulator despite heading straight to Spa for the FIA World Endurance Championship season opener after the previous FE round in Valencia.

Asked by Autosport if it was frustrating to learn about the track changes when they had only limited time to spend on the simulator due to their double racing programmes, Vandoorne said: “It was actually pretty good because I did my sim on Monday, Tuesday. 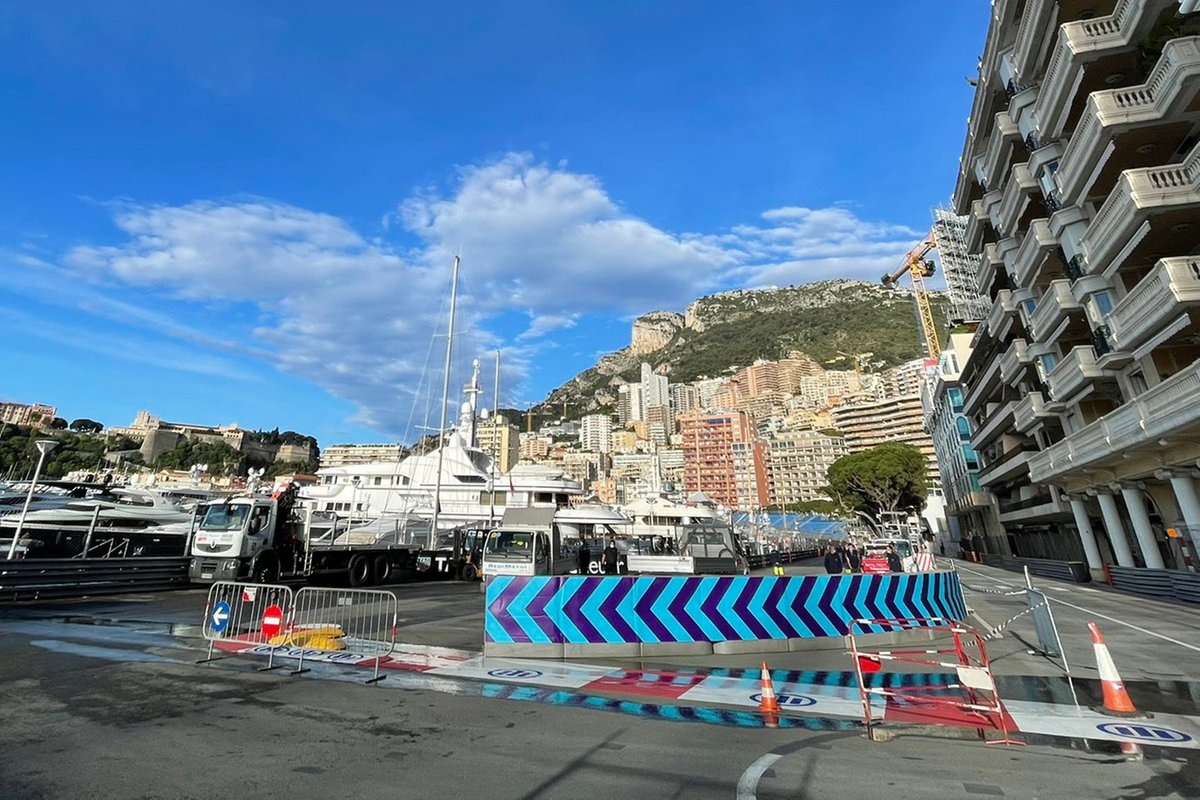 “So, this time it was actually beneficial to go to the simulator quite late before the event because the updates on the circuit came quite late.

“The only change right now compared to the simulator is probably the kerb positioning into turn 10 and 11 but I think that’s a minor change. I would say in the end it was almost a benefit.”

Nato added: “I did the sim on Monday and Tuesday, so we were aware about the changes and everything - so we adapted to change it and tried it. So, it was not so much of a problem.”

Nato, who finished second on road in the final Valencia race before being demoted to fifth for a penalty, approved of the decision to move the Attack Mode to Casino Square.

“At the beginning it was in Turn 6 which was quite tight and difficult from my point of view. So, Turn 4 for sure there will be some pick up to be careful because it’s on the outside but it’s the same for everybody.

“Attack mode is always the tricky part of the race to take it at the right time and to find the right balance between really pushing to take it to lose as less time as you can or if you miss it, it’s a big loss. So, it’s really important to practice in FP tomorrow”.

Audi Formula E team principal Allan McNish said the team may have to ‘re-adapt’ in response to the changes made to the layout.

“It means we have to re-evaluate some of the things we’ve done in simulations and on the simulator,” McNish said.

“I think fundamentally from base car set up it doesn’t change too much in reality it’s more a case of energy profile for the race and so therefore we have to re-adapt that.

“Clearly the earlier these modifications are known the better but that’s just one of the things we have to be agile with. But it’s for the guys not here but back in Germany, maybe do a wee bit of a late night.”