BMW Andretti racer Maximilian Guenther extended his mini run of form at the Circuit Ricardo Tormo by topping the morning practice running ahead of the Valencia E-Prix.

The young German also set the pace in the two most recent Formula E pre-season tests at the venue, albeit on alternative layouts, and led the combined practice times with a 1m26.958s effort.

Ahead of the championship making its debut on a permanent track, deleted laps from track limits violations were frequent as in-session tyre changes made a comeback due to Michelin reverting to the six-set allocation per car as used for last season.

This returns only for a one-off due to the higher average speeds increasing corner loads on cars.

Team-mates also followed in each other’s slipstream during the opening of both the 45-minute dawn and later 30-minute sessions at a circuit where energy management will be critical.

Guenther opted early for his full power lap to post his unmatched effort, surviving the later runs of his rivals to end the session on top by just 0.012s as the leading 22 drivers were split by only 0.8s. 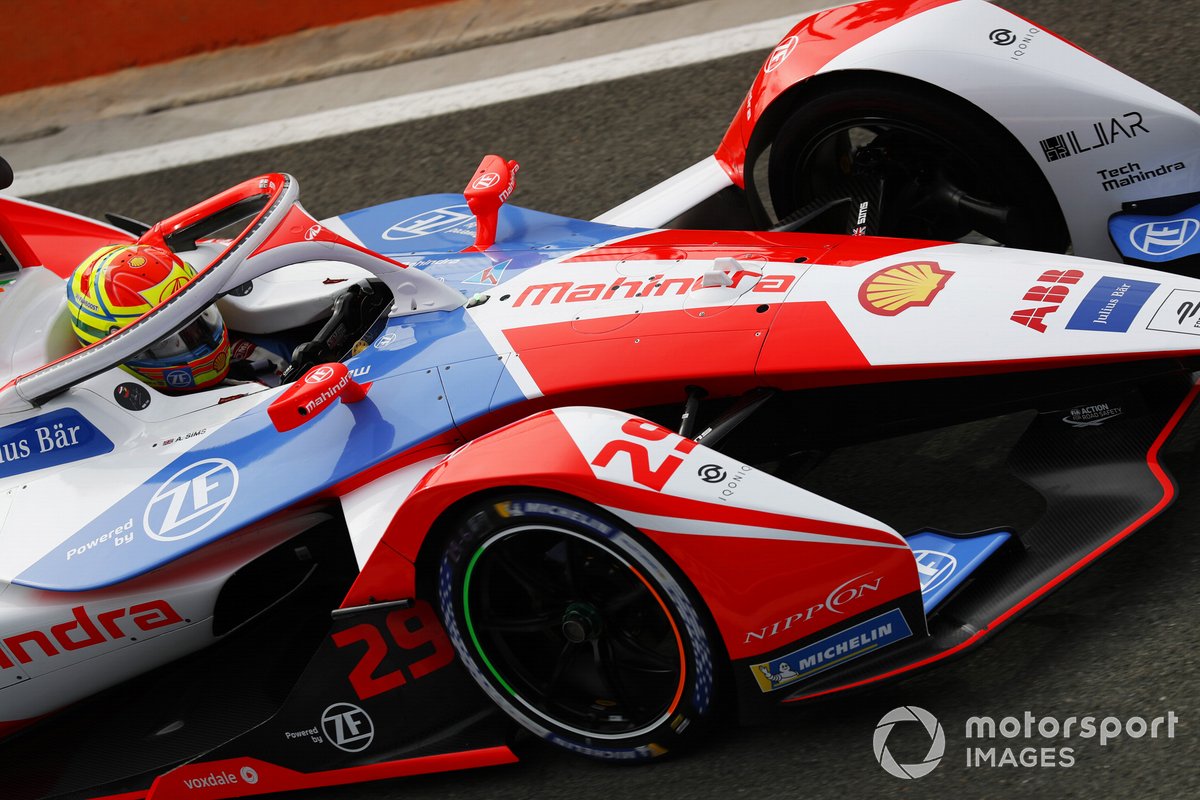 Running in Spain marked the first round of the 2021 season not to have practice marred by enormous shunts, with Venturi Racing driver Edoardo Mortara taken to hospital after his brake-by-wire failure in Saudi then followed by the practice start-line grid pile-up instigated by Oliver Turvey in Rome.

In reaction to the collision in the Italian capital, the FIA introduced a yellow flag at the final corner after the chequered flag of the session to warn drivers that their rivals would be stationary on the grid ahead of the practice start procedure.

Lock-ups under braking into the final Turns 13 to 15 chicane were commonplace but the only real errors occurred for Lucas di Grassi, who took a trip through the gravel, Guenther doing similar and Robin Frijns spinning backward at Turn 1 to bring a brief yellow flag.

Rome race two victor Stoffel Vandoorne, who ended up 11th in the combined times, did notably complain of uneven brake temperatures which forced his Mercedes to tug in different directions while slowing.

PLUS: How Vergne and Vandoorne found redemption in Rome

In the cooler and slower morning session, da Costa had gone fastest with his 1m27.238s effort to run 0.187s clear of Guenther as the top 19 were split by a second.