Mercedes snared its third Formula E pole of the 2021 season as Stoffel Vandoorne topped qualifying ahead of the first Valencia E-Prix, while points leader Jaguar faltered.

The Silver Arrow machine has now been on pole in Berlin, Diriyah, Rome and Valencia - the most recent four events - with Vandoorne leading the way in Spain by three hundredths of a second.

Vandoorne, winner of Rome race two, progressed through from the opening group run to book his place in the top-six superpole shootout where he set a 1m26.494s effort.

His run looked scruffy and he was marginally up against the benchmark of reigning champion Antonio Felix da Costa in the second sector.

But Vandoorne, who clipped the wall on his preparation lap, delivered superbly through the final section of the Circuit Ricardo Tormo to snare his fourth Formula E pole position.

Da Costa was knocked to the outside of the front row of the grid having held on strongly from running second in superpole, the DS Techeetah driver overcoming oversteer through the high-speed opening corner to secure his place in the shootout.

Second Mercedes driver Nyck de Vries, victor in the opening race of the season, limited the damaged owed to a five-place grid penalty by bagging the third-fastest time.

But as a legacy of his final-lap collision with Sam Bird in the second Rome bout, de Vries will drop to eighth as BMW Andretti scored its best grid position of the season.

Its driver Maximilian Guenther, who set the pace in free practice, fell short of Vandoorne by some 0.449s when the top 10 in the group stages had been split by only 0.075s. 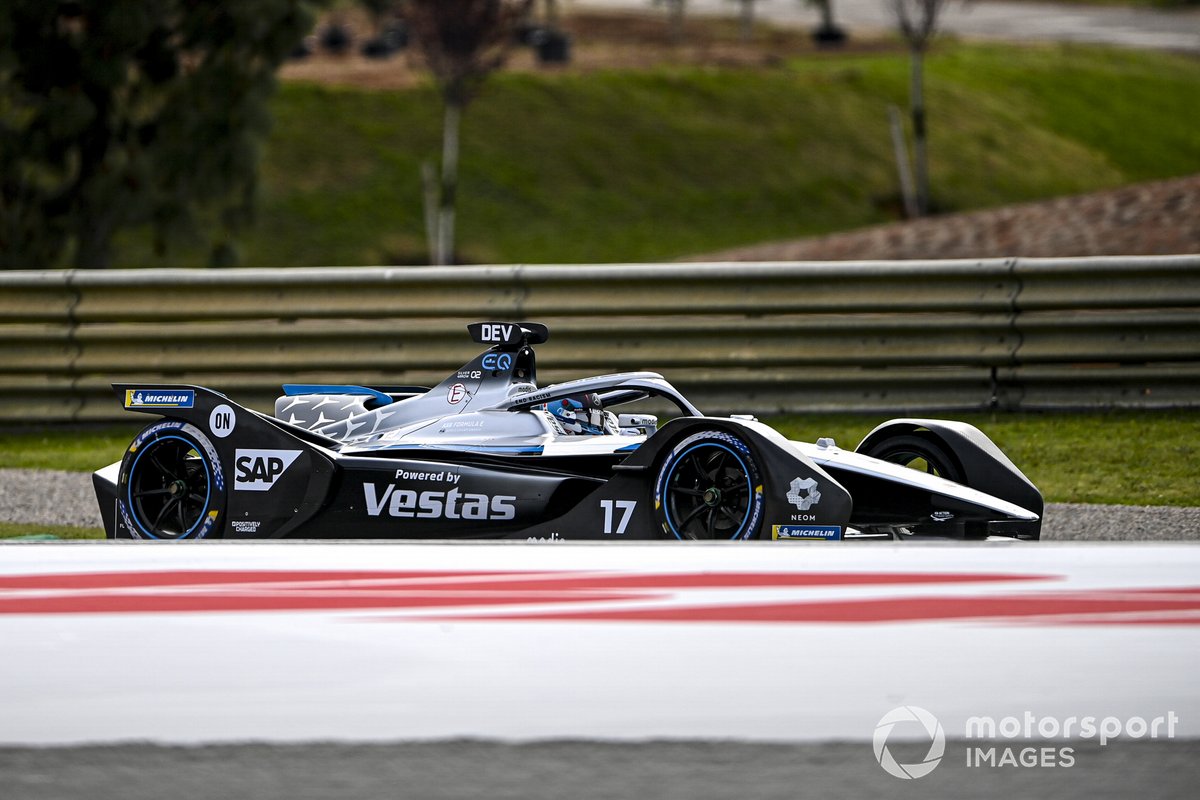 Alex Lynn could not stitch together a strong enough final sector build on the promise of the opening half of his lap for Mahindra Racing.

He posted the fifth-best time in superpole beating only the scruffy effort of Nissan e.dams racer Sebastien Buemi.

Despite beating the time set by Lynn through the opening sector of their respective group four runs, Andre Lotterer endured a slower middle sector to become the first driver to miss out on progressing into the superpole shootout and he crossed the timing line for seventh.

The permanent circuit cut back on the extreme levels of track evolution usually seen during Formula E group qualifying, which meant Venturi Racing driver Norman Nato could only run to eighth fastest - after placing second on the grid for race two in Rome last time out.

Oliver Rowland’s usual one-lap pace was replaced by a fairly subdued run to ninth for Nissan e.dams as Porsche’s Pascal Wehrlein - the only driver to a score points in each race so far this season - rounded out the top 10 from his opening group one performance.

Rome polesitter Nick Cassidy looked on course for another superpole appearance after setting the fastest overall first sector, only to drop off the boil in the final part of the lap to go 11th.

Alexander Sims, fresh from a second place in Rome, ran to 12th while Jean-Eric Vergne struggled against team-mate da Costa to net 13th ahead of BMW Andretti racer Jake Dennis.

It was a tough session for Jaguar duo Bird and Mitch Evans, who sit first and second in the drivers’ points, as they were off the pace in group one.

Evans mustered 18th and Bird was a further 0.2s in arrears and will line up in 21st ahead of 2016-17 champion and Audi racer Lucas di Grassi.