The 34-year-old sometime ByKolles LMP1 driver's main programmes this year are in Japan, where he is racing for TOM'S in both Super Formula and a partial Super GT campaign, but he has long made his interest in FE clear.

"Formula E is a really exciting space right now and it's no secret that I want to be in the championship.

"I'm still racing in Super Formula in Japan and so when role surfaced to become the championship leader's development driver, it was the perfect solution.

"I will help with the development work and I'll be working closely with the engineering team and the drivers, all whom are close friends, so it will be a great season together."

Rossiter has raced in Japan since 2013, having previously completed extensive testing for BAR/Honda, Super Aguri and Force India in Formula 1.

He scored a best championship finish of third in Super GT in the 2013 and '14 championships. 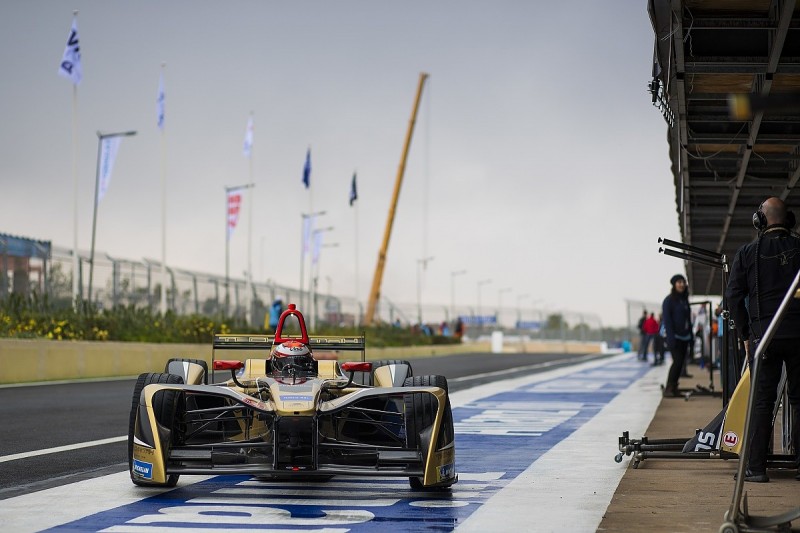 Techeetah boss Mark Preston explained that how that test had been important for the team turning its 2017/18 FE season around - it currently leads both the drivers' and teams' standings - as it lacked pre-season running due to its customer squad status.

"He has a wealth of experience from Formula 1, Super Formula and really impressed us at the rookie test in Marrakech earlier this year.

"Having someone with James' experience to help us with our development is invaluable for us.

"The stakes are getting higher each season and as we grow as a team, we will be adding talent to our roster, and James is the first of these announcements."

Techeetah is expected to announce its switch from being a Renault customer team to works DS FE outfitfollowing the conclusion of the current campaign.

Di Grassi: I'll do whatever I can for logical Brazil Formula E race