Robin Frijns says his Formula E deal with Virgin Racing is "nothing really to do with Audi", with the manufacturer confirming he is independently contracted to the British squad

Frijns will return to race in FE for the 2018/19 championship, where he will partner Sam Bird at Virgin in the team's first season using customer Audi powertrains.

The 27-year-old explained that his place in the Virgin line-up was not sealed as part of the squad's supply deal with Audi.

"Audi's not really involved in which drivers they want in this team, they only give the engines and give the feedback and support.

"It's really come from this team, it's nothing really to do with Audi."

Audi motorsport boss Dieter Gass explained that before Audi could confirm it would continue racing in the DTM in 2019, he had been unable to offer his factory drivers - including Frijns - guaranteed spots in that programme.

But he suggested that Frijns's discussions with Virgin over a dedicated FE contract had begun at an earlier point.

"Before actually having that I wasn't able to talk to any drivers seriously because I had nothing in my hands to offer," Gass explained to Autosport.

"The discussion with Virgin and Robin started earlier and actually this is a contract [for Frijns] which is completely separate to the contract with Audi.

"He is a Virgin driver and Formula E has priority for him over any other programme that he is doing [in 2019].

"That doesn't mean necessarily that he will not be in DTM any more next year.

"First we need to wait for the race calendar, which should be issued next week, then we'll see if it's possible to do both and then we need to start the discussions if we actually are going to do it or not."

Gass added that if there are any clashes between the FE and DTM calendars in 2019, then Frijns's Virgin contract "has precedence" and that "then I don't think that I can have him running in DTM". 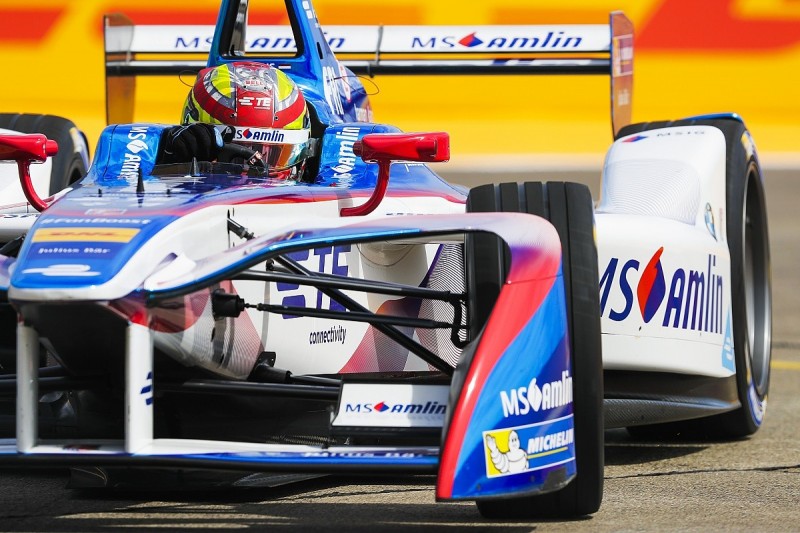 Frijns explained that he had started early discussions with Virgin as part of his plan to return to the FE grid after losing his seat at the Andretti team - which then had a technical partnership with BMW that has since developed into the manufacturer making the squad its works entry - following season three due to his Audi ties.

"I've been working behind the scenes for like several months, it's not been a secret that after I skipped season four that I was trying to come back," he said.

"I was looking at my options, then I drove DTM as well, so I needed to have to make some decisions quite early in the season which I did, so that's why I'm here."