For the opening three-hour stint, which precedes a practice race on Sunday afternoon, teams frequently ran their cars in formation to create a slipstream.

This tactic was used extensively by teams' title-winner DS Techeetah in qualifying during the six-race Berlin final last year and again on the first day of pre-season testing at the Circuit Ricardo Tormo.

Da Costa used this and set an impressive lap using the fanboost mode to lead the order with his 1min11.948sec benchmark, achieved in the final minutes of the session.

He was the only driver to break under the 1m12 barrier, setting a new championship lap record at the track - although for 2020 the main straight chicane has been removed.

A tenth of a second further back, Guenther climbed to second place for BMW Andretti in the dying moments at the expense of the Nissan e.dams of Oliver Rowland.

Rowland, who will start the 2020-21 campaign with the same powertrain as last season, ran with the 35kW boost of attack mode to keep the second DS Techeetah at bay. 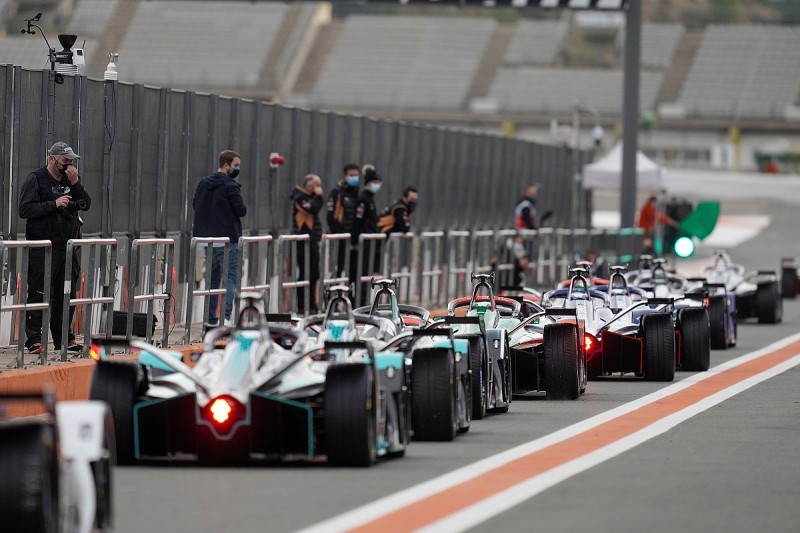 The session was only halted once, as a red flag was deployed with 45 minutes to go - thought to be required for an issue with the outside kerbs on the entry into the Turn 6 left-hander.

On the approach to the corner a few laps prior, new BMW Andretti driver Jake Dennis ran wide over the gravel but managed to correct the slide and rejoin the circuit.

In a quiet session, the Venturi Racing duo of Edoardo Mortara and Norman Nato were both cautioned for track limits offences, while Vergne received a black-and-white flag for crossing the pit exit lane.